Home » Blog » News » Another Round Of PPP? What We Know Right Now About Another Government Stimulus For Small Businesses

Another Round Of PPP? What We Know Right Now About Another Government Stimulus For Small Businesses 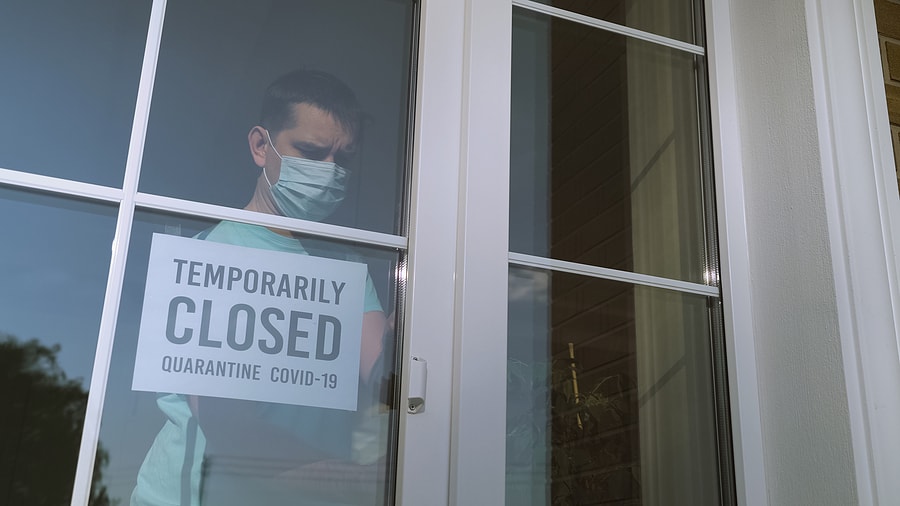 Here at Merchant Maverick, we’ve covered PPP news for small business owners from day one. But by this point, we’re starting to sound like a broken record: The Paycheck Protection Program (PPP), meant to be a savior for America’s small businesses struggling financially due to COVID-19, has been a fairly unmitigated disaster.

Between the slow application process, the indefensible dolling out of funds to major organizations like burger chain Shake Shack and the NBA’s Los Angeles Lakers, and the outright lack of cash, the US government has been unable to properly support the nation’s small businesses with the PPP. (Even the father of Treasury Secretary Steven Mnuchin wasn’t impressed with his son’s performance.) More recently, Politico reported that not a single small business has yet received forgiveness on its PPP loan — even though the SBA opened the forgiveness portal for banks on August 10.

Despite the incompetency surrounding the PPP, more government funding for small businesses is direly needed as COVID’s economic damage continues to cripple numerous industries. According to an August survey by the NFIB, 47% of PPP loan borrowers anticipate needing more financial support over the next year. The restaurant industry has been particularly affected — for instance, results from a survey released this month by the New York State Restaurant Association found that 63.6% of restaurateurs in the Empire State fear closure over the next four months without additional financial relief.

While prospects may be lukewarm, hopeful murmurs about another round of PPP funding have been swirling around the past few weeks. Let’s take a look at what the government has been doing (and what it hasn’t) regarding a much-needed second stimulus package.

What We Know About The Next Round Of PPP

The PPP closed shop on August 8 with $138 billion left in funding. Since then, stimulus plans have sat deadlocked in Congress.

In May, House Democrats offered up a 3.4 trillion general stimulus plan that roughly matched earlier government aid packages. However, Senate Republicans countered with a $1.1 trillion package towards the end of July. A “skinny” version of the GOP’s bill trimmed that number down to $300 billion, but Senate Democrats blocked that from advancing earlier this month.

By September 10, Republicans signaled a reluctance to negotiate with Democrats by expressing pessimism that COVID relief talks are “dead” until after Election Day. In a Twitter post one week later, President Trump called for Republicans to “go for the much higher numbers.”

“I like the larger amount, I’ve said that,” Trump added at a White House press briefing on September 16. “Some of the Republicans disagree, but I think I can convince them to go along with that because I like the larger number. I want to see people get money.”

The White House later affirmed that a $1.5 trillion package could be the sweet spot in negotiations.

Despite the difficulty facing potential negotiations, the Democrats have forged on with trying to pass a stimulus package. Most recently, party leaders unveiled on Monday a $2.2 trillion proposal dubbed the HEROES Act.

“Democrats are making good on our promise to compromise with this updated bill, which is necessary to address the immediate health and economic crisis facing America’s working families right now,” House Speaker Nancy Pelosi, D-Calif., wrote in a letter to House Democrats. “We have been able to make critical additions and reduce the cost of the bill by shortening the time covered for now.”

Besides helping out Americans with another slate of $1,200 stimulus checks and additional unemployment benefits, the HEROES Act also aims to lend small businesses a hand. Potential aid for businesses includes:

At the time of writing, it remains unclear how the GOP will respond to the Democrat’s latest stimulus offering. However, the $2.2 trillion price tag may be closer to a number more palatable to Republican legislators.

Update, October 7: After a whirlwind week where President Trump first called for bipartisan action to pass a stimulus bill before killing stimulus talks himself and then reversing course once more, it appears that any sort of stimulus package that reopens the PPP won’t occur until after the election. The apparent death knell to the potential stimulus comes after White House chief of staff Mark Meadows told reporters “the stimulus negotiations are off” and Trump’s economic advisor Larry Kudlow said a stimulus package before the election was “low low-probability stuff” (per Reuters).

Government Alternatives To The PPP

A couple of small business aid alternatives to a more traditional stimulus package have cropped up recently. Unfortunately, these plans appear to have low prospects too.

During a House hearing last week, Financial Services Committee chair Maxime Waters, D-Calif., pressed the Federal Reserve to open its Main Street Lending Program to smaller businesses. This program, which has been largely ignored by the general public, is currently only open to businesses needing between $250,000 and $2 million.

While the Treasury’s Mnuchin said he was open to the prospect of lowering the bar to businesses in need of $100,000, Fed chair Jerome Powell shot the possibility down.

“There’s very little demand in the facility [for loans] below $1 million,” Powell said. He added: “Trying to underwrite the credit of hundreds of thousands of very small businesses would be very difficult. I think PPP is a better way to approach that space in the market and I think you are well advised to do that.”

This week, the Washington Business Journal reported on a separate proposal spearheaded by Rep. Jaime Herrera Beutler, R-Wash. This proposal, which has been floated as a “discharge petition”, would allow the House to bypass Congress’ deadlocked stimulus talks. Should this piece of legislation pass, small businesses hit with “steep revenue losses” due to COVID could tap into the $138 billion left of PPP funds.

However, discharge petitions rarely pass (the Washington Business Journal noted just two passed petitions, one from 2015 and another in 2002). As such, Beutler’s proposal seems unlikely to go anywhere — it requires at least 218 votes to pass, so support from both sides of the aisle is needed.

How To Stay Up-To-Date On PPP News

Staying current on the latest PPP news can be a daunting and all-consuming task. To help out business owners across the country, Merchant Maverick is keeping our ear to the ground for any PPP rumblings.

Following Merchant Maverick on Facebook or Twitter is a good place to start because we’ll be sharing any of our future PPP-related articles across social media. You can also check out our COVID-19 hub — we’ll also be posting any need-to-know government stimulus stories there.