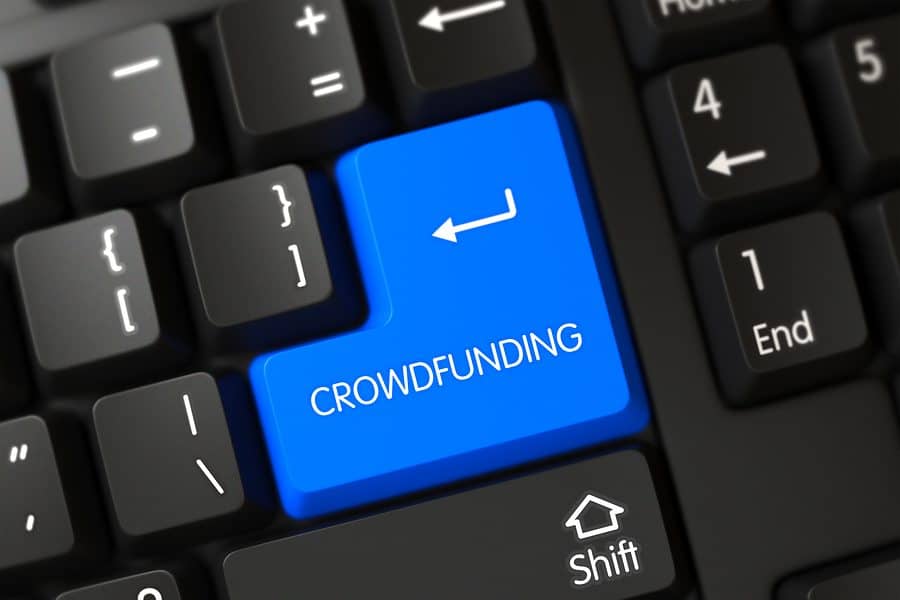 The rise of crowdfunding has been one of the more remarkable stories of the past decade. The leading crowdfunding platforms have sent billions of dollars to projects and causes that otherwise might never have seen the light of day. It is a form of fundraising that best encapsulates the way we live in this young, turbulent century — a cause’s viral potential is perhaps the prime indicator of its likelihood of success.

All this buzz can obscure the fact that the crowdfunding scene is split into two rather distinct camps: crowdfunding for business/artistic projects and crowdfunding for personal/charitable causes. There’s plenty of money flowing into both camps, as seen by the fact that Kickstarter (funding for business ventures) and GoFundMe (funding primarily for personal causes) have facilitated the raising of over $3 billion dollars each. However, the techniques and strategies necessary for a successful crowdfunding campaign — indeed, the very websites used in the process — differ wildly depending on the purpose for which the funds will be used.

Read this article to get the big picture on the different types of crowdfunding platforms.

Let’s go through some of the more popular crowdfunding sites out there and the methods of crowdfunding they use.

Now let’s examine which crowdfunding platforms are best for which purposes.

I’ll break it down further. If you want to conduct a medical fundraiser for a sibling’s operation, launch a campaign to rebuild a neighbor’s fire-damaged house, or establish a playground for disabled children, GoFundMe is the most prominent place to go. They recently announced that the amount of money raised on their platform had exceeded 4 billion USD. That’s 4 billion dollars put towards worthy causes (and some, um, entertaining causes), raised by fellow humans. While some have reported issues when trying to withdraw the funds raised, GoFundMe is currently the most powerful engine for charitable crowdfunding. Now, you can certainly launch a GoFundMe campaign for a business or an entrepreneurial venture, but unless it has a strong humanitarian component to it (and you have the ability to play up that aspect of the story on social media), it’s not likely to gain traction. Most businesses and entrepreneurs would be better served using a crowdfunding site that emphasizes such ventures.

On the charitable side, Razoo is another crowdfunding site to consider. They don’t have the public profile of GoFundMe, but they have sent a lot of money into good causes. While they offer business crowdfunding as well, I wouldn’t recommend them for this purpose; you cannot offer your donors rewards with Razoo, and I wouldn’t advise using donation crowdfunding to fund a business unless there’s something about it that tugs at the heartstrings.

On the charitable side, Indiegogo, through its Generosity brand, waives its 5% platform fee entirely (payment processing fees remain though), making them an excellent place to conduct a fundraiser to cover a medical emergency or help educate refugees.

Now we come to the pure business crowdfunders, of which Kickstarter is the biggest by a wide margin. Over 3 billion dollars have been raised by Kickstarter projects. With Kickstarter, it’s mandatory to offer rewards, and they must be tangible items of value, like electronic gizmos or digital graphic novels. Kickstarter is pickier than other similar platforms, pre-screening most of the campaigns that apply to fundraise on the site. Approval can take up to three days. Another thing to keep in mind with Kickstarter is that funding is all-or-nothing — either you raise the amount of your goal within the time specified (30-60 days), or you get nothing. With Kickstarter, you either sink or swim.

Patreon is the business crowdfunding platform you want if you’re in the business of creating and monetizing content, whether it be music, illustrations, games, or Youtube videos. With Patreon, instead of one-time fundraisers for specific projects, your “patrons” pay you on a recurring basis — either monthly or “per creation” — for what you do. Patreon is undergoing a surge in popularity, as it is the crowdfunding platform of choice for some of the most popular podcasts and Youtube channels out there.

Fundable is a business crowdfunding platform that does both rewards and equity crowdfunding — as with Indiegogo, you could do a rewards campaign on the site and, subsequently, an equity campaign to build upon what you’ve achieved. Fundable won’t take a 5% cut of what you raise; they instead charge a flat fee of $179/month for use of their services. This is bad if your crowdfunding campaigns fail, but good if you succeed and raise a lot of money, as that $179/month will pale in comparison to a 5% cut of, say, $200K.

Crowdfunder and EquityNet are both equity crowdfunding sites (though EquityNet offers debt crowdfunding as well), meaning you’re offering ownership shares of your company in exchange for financial backing. Both are geared towards companies with exponential growth potential, and both platforms don’t handle money transfers themselves — all investments are made offline between the backer and the entrepreneur.

LendingClub, Prosper, Accion and Kiva U.S. are online lenders engaging in debt crowdfunding, where backers make loans to interested parties in exchange for repayment with interest. Debt crowdfunding has been around the longest of all the crowdfunding varieties. It’s a great alternative to seeking a business loan from a bank, as banks keep their capital on a much tighter leash than do online lenders. Of these lenders, Kiva has the longest and most convoluted application process, but they do offer loans at 0% interest. Not bad if you can get it!

Let’s now go through some quick tips regarding business and then charitable crowdfunding.

You have to approach business crowdfunding and charitable crowdfunding with entirely different mindsets. With business crowdfunding, people generally expect something in return, so it’s essential to offer a value proposition. Conversely, when you’re crowdfunding to cover the cost of a surgery or a kid’s education, you’re appealing to the reader’s conscience and sense of social solidarity. Thankfully, there are services that specialize in seeing you through these different processes. There are even writers and review sites dedicated to helping you out, it turns out. Read our crowdfunding reviews and articles, and you’ll be the Merchantiest Maverick of them all.