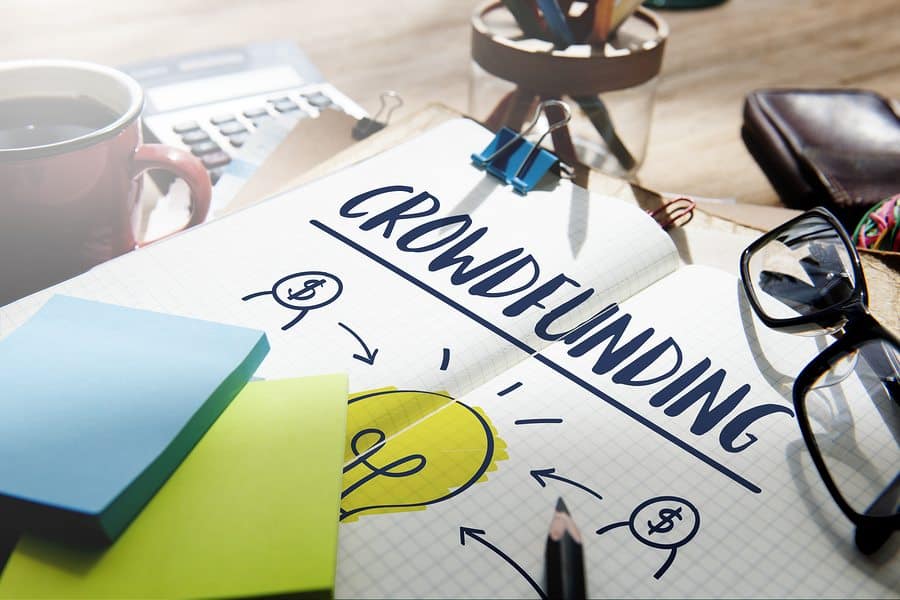 Crowdfunding is all the rage these days. I don’t have to tell you this; it is a manifest truth, apparent in the world around us. From the Kickstarter-driven boom in the tabletop gaming industry to the use of GoFundMe as a rickety substitute for a national health care safety net, crowdfunding is a fundraising solution shaped by the times (it is no coincidence that crowdfunding has taken off in the decade since the onset of the Great Recession and the resulting tightening of access to capital). It is a primary influencer of business and cultural trends.

Enter the federal legislation known as the JOBS Act. This act, officially called the Jumpstart Our Business Startups Act (Congress may be broken in many ways, but never doubt their acronym game), was passed with bipartisan congressional support — though not without criticism — and signed into law by President Obama in 2012. The main purpose of the Act was to legalize equity crowdfunding. Essentially, instead of backing a startup venture in exchange for a reward or internal satisfaction, you back a company in exchange for equity–an ownership stake in the company. Instead of being just a backer, the contributor becomes an investor.

You may be thinking: So the difference between equity crowdfunding and Kickstarter is that you offer rewards with the latter and equity with the former? Cool.

To that I say: Whoa there, cowboy. It’s not that simple.

Let’s delve further into the differences between these two very different means of conducting a crowdfunding campaign.

At the heart of the profound difference between equity crowdfunding and non-equity crowdfunding is the disparity between investing and making a donation in exchange for a promised reward. While the promise of a reward can carry with it some degree of legal obligation, offering investment opportunities is a wholly different proposition in the eyes of the law. Capital investment is a much more heavily-regulated field, for obvious reasons. Securities fraud is one of the most pervasive and insidious means by which honest people and organizations can lose everything they’ve worked for, as the victims of Bernie Madoff can attest. To completely deregulate securities trading would be to give free reign to the scammers and fraudsters among us.

(I realize the ever-increasing pace of the news cycle means these things get forgotten more quickly than ever before, but you do remember Bernie Madoff, right? Please say yes.)

Despite the risks inherent in the securities trade, it became clear in the wake of the Great Recession that more funding avenues needed to be made available to capital-starved startups and small-to-medium-sized businesses. The legalization of crowdfunded securities was seen as a way to help bridge this funding gap, and thus the JOBS Act was pushed through Congress and signed into law, legalizing the advertising and solicitation of securities.

But wait! Turns out, the JOBS Act wasn’t just a simple matter of Legalizing It. The JOBS Act was comprised of several different sections called Titles, and these Titles related to different means of offering crowdfunded securities. They did not take effect all at once. For example, let’s look at the three Titles most relevant to equity crowdfunding: II, III and IV.

Title II of the JOBS Act took effect in 2013. It authorized equity crowdfunding using accredited investors only. What’s an accredited investor, you ask? An accredited investor is simply someone who either has a net worth of $1 million USD excluding the value of their primary residence or whose income has been $200K or more over the last two years and who expects to make at least that much in the current year. “Accredited investor” doesn’t denote any particular skill — it just refers to people who make a significant amount of money and/or possess a high net worth. The idea behind treating them differently as investors is that they are less easily wiped out by an unfortunate investment decision.

Unfortunately, equity crowdfunding has yet to take off in the manner envisioned when the JOBS Act was passed, particularly equity crowdfunding for non-accredited investors. Analysts have attributed this to the dollar limits imposed and other regulatory challenges. Nonetheless, it is anticipated that Congress and the SEC will continue to refine the applicable regulations governing the field, so equity crowdfunding is likely to be with us for some time to come. Just be aware of the potential hazards. Here’s the disclaimer I insert into my equity crowdfunder reviews:

Bear in mind that equity crowdfunding is a still-evolving field, with the full impact of the JOBS Act still being assessed. Equity crowdfunding is a more complex proposition than, say, rewards-based crowdfunding, as investing is much more substantially regulated. Consult an attorney if you have any legal questions regarding the process, SEC regulations, etc.

Non-equity crowdfunding encompasses much of what the average person thinks of when they hear the term “crowdfunding.” Those who produce goods in the form of tech gadgets and art are particularly drawn to rewards crowdfunding — crowdfunding in which the backer receives the product or work produced by the campaigner in exchange for their contribution.

As you are most likely aware, two such platforms are Kickstarter (see our review) and Indiegogo (see our review). While the two platforms have their differences — Kickstarter is more exclusive as to who can campaign on their site and Kickstarter mandates that you offer rewards — they both have much in common. Both offer entrepreneurs, startups and SMBs the opportunity to tap the public’s desire to get in on the next big thing. Both also take about 8% of what you raise in fees, with 5% going to the platform and approximately 3% going to the payment processor.

GoFundMe (see our review) is another big player in the crowdfunding field, but while you can certainly set up a GoFundMe campaign for your startup or small business, GoFundMe is so strongly identified with crowdfunding for medical expenses/emergencies that a more commercial campaign might struggle to gain traction on the platform.

One crowdfunder has upended the Kickstarter/Indiegogo/GoFundMe funding model and has accordingly made a big splash in recent years. Patreon (see our review) makes more sense than the other crowdfunders for artists and others who produce new content continuously. With their funding model, the backer signs up to support the campaigner on an ongoing basis. The system resembles a subscription service. The backer supports the campaigner either on a per month or a per creation basis, and in exchange receives exclusive content from the campaigner. It’s how Twitter legend dril gets support for his nuggets of timeless wisdom.

Naturally, many startups will find the prospect of taking on debt to get funding less attractive than offering rewards or equity. Also known as P2P (peer-to-peer) lending, debt crowdfunding is more akin to applying for a loan than conducting a rewards or equity crowdfunding campaign, so if you’re interested in pursuing this sort of business funding, check out my article on personal loans for business use. In this article, I examine both P2P lenders and more traditional online lenders in terms of services offered and term-lengths.

To further complicate matters, some crowdfunders host both equity and rewards crowdfunding campaigns. While Indiegogo is best known for its rewards crowdfunding, they actually offer equity crowdfunding as well through a partnership with Microventures called First Democracy VC. Fundable (see our review) is another platform offering both rewards and equity crowdfunding. With these hybrid platforms, you typically can’t conduct both kinds of campaigns at once. If you want to do both, the smart thing to do is to conduct a rewards campaign first. If you’re successful, you can then use the success of your rewards campaign to demonstrate to equity investors the viability of your product or service and its appeal to consumers.

Basically, if your entrepreneurial/business efforts are devoted to a unique product or experience that can potentially generate viral enthusiasm, rewards crowdfunding is your best bet. If, on the other hand, you’re building a company with exponential growth potential but which doesn’t produce a singular product for people to salivate over, equity crowdfunding makes the most sense. Of course, there’s no reason why you can’t do one and then the other!