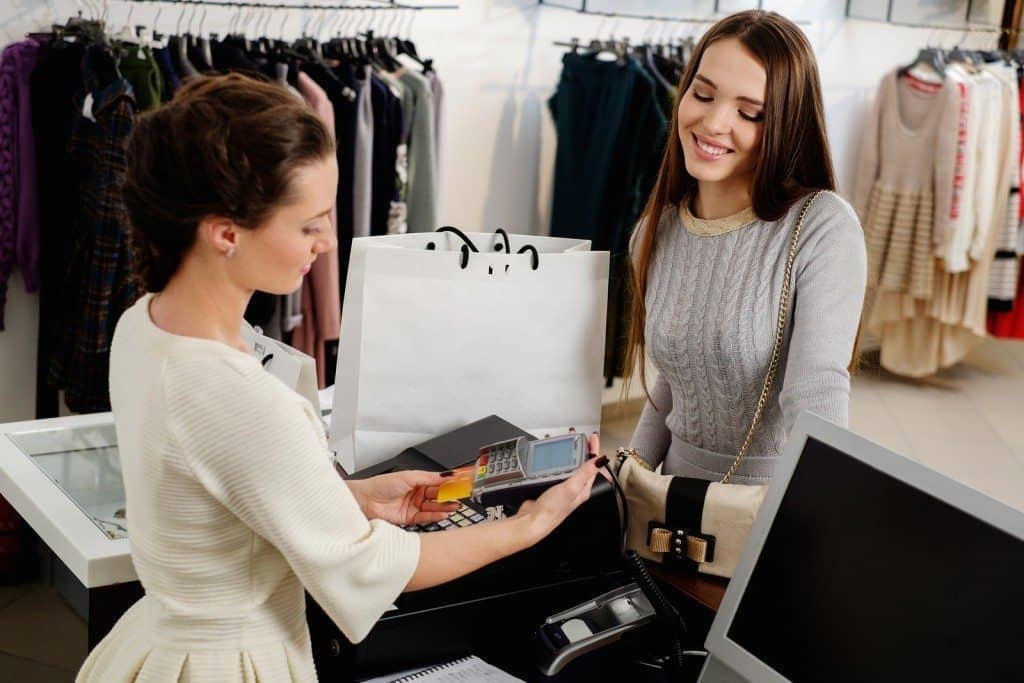 The EMV liability has officially shifted, and plenty of businesses have not switched over to fancy new terminals yet. If you’re one of those businesses, we understand. You want the best EMV terminals for your business, but you don’t have enough time to ensure that 1) you’re getting the best hardware, and 2) you’re getting a good deal on said hardware.

How about we make your job easier? We’ve been searching for the best new, EMV-compliant terminals on the market so that you don’t have to. Whether your business is large or small, retail or industrial, you’re sure to find a terminal that fills your needs. 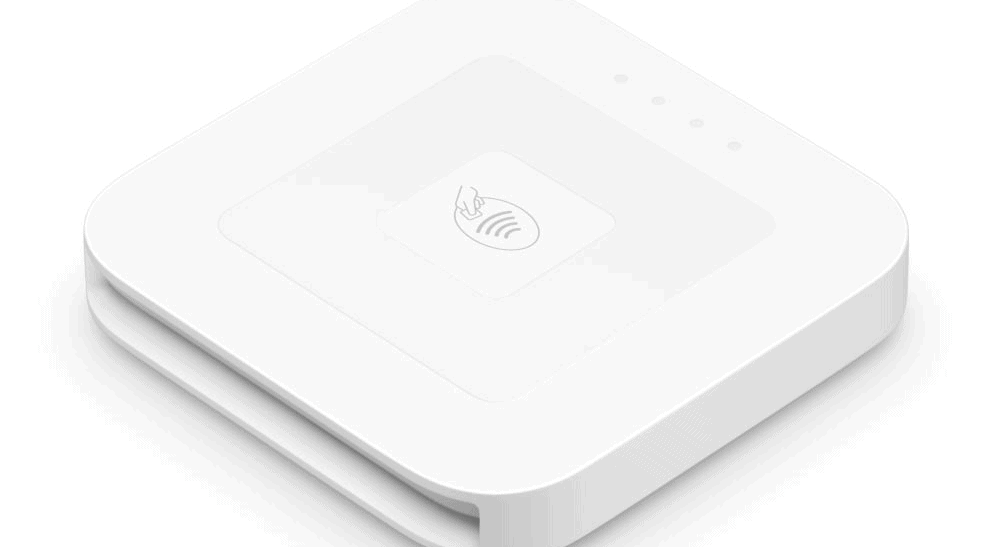 Square (see our review) has always been one of the front runners in innovation, so it wasn’t surprising that they released one of their readers, the headphone jack chip reader, all the way back in 2014. If that version doesn’t have enough bells and whistles for you, they’ve got a couple other options that might.

Chip Card Reader ($29): At $29, this is one of the cheapest EMV terminals on the market. We have gotten our hands on one of these little guys and we were very impressed. The money doesn’t get you everything, but it gets you enough. This terminal is capable of processing chip cards as well as magstripes. Like most Square products, it does not have a PIN pad, so any chip-and-PIN cards will default to a signature instead (check out this article to learn why that might become a problem in the future). If you use Square, and all you need to do is process chip cards, this might be the reader for you.

Contactless + Chip Reader ($49): This reader is still small, sleek, and shiny (and, of course, square), but it has a few more features than Square’s other version. Namely, it’s wireless (though it can also be plugged in to Square’s iPad stand) and accepts NFC. It is also compatible with Android and iOS devices.

This device does not do magstripes, but Square will send you a free headphone jack magstripe swiper while card swiping is still necessary, or if you are planning on using it with a Square stand, the stand has a build-in swiper. Unfortunately, this reader won’t be available until sometime this fall. However, Square will cover any fraudulent charges until then.

This is the preferred countertop terminal for a number of different mobile POS’s including Square, Paypal Here, and Shopify. It’s a surprisingly inexpensive terminal that still has everything you’re going to need for the foreseeable future: it’s bluetooth, capable of processing chip-and-PIN cards, and NFC enabled. If you are looking for one of these, make sure to get it from your POS provider, because oftentimes they are not cross-compatible. Also, be aware that while Paypal Here and Shopify’s Miura devices are compatible with iOS and Android, for some reason Square’s is only compatible with iOS.

The Other POS-Friendly Terminals: Ingenico iPP and iCMP

Shopkeep and Bindo are offering two Ingenico readers: the iCMP and the iPP320/350.

Ingenico iCMP (~$249): This is your run-of-the-mill wireless terminal. It also does chip-and-PIN, magstripes, and NFC, but it connects to your smartphone, tablet or computer POS via Bluetooth. There’s no need for a separate data plan just for the terminal (like the ones required by traditional wireless terminals) which majorly cuts your monthly expense. 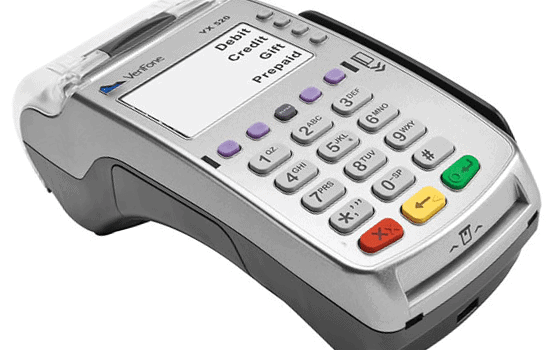 The Verifone VX520 is possibly the most popular standard smart terminal out there. It’s going to cost you a bit more, but it’s going to do its job for a very long time (the product description aptly describes it as “rugged”). It’s capable of processing everything you’ll need it to (chip-and-PIN, magstripes, NFC) and, optionally, you can connect the Verifone VX805 so you have a customer-facing pinpad. We’ve taken a personal look at this one and can confirm that it does, in fact, do its job. It’s nothing special, but it’ll do what you need it to.

The standard VX520 is wired, but they offer a wireless one as well: the VX520 GPRS. Looks like if you want a wireless one, you’re going to have to get it from a third party, because all the payment processors offer the standard version.

You can pick this terminal up from most of our favorite merchant account processors. Dharma is offering it for $299, or $499 for the 520 and 805. Payment Depot is also offering it for $299. And CDGcommerce offering leases of the 520 and 805 for $79/year, Normally, we don’t recommend leasing a terminal, but if you have to, we think that CDGcommerce has a pretty good deal. Of course, you might be able to purchase the terminal cheaper from another source and have it reprogrammed.

If your account processor doesn’t offer the Verifone VX520, they probably offer the Ingenico iCT220. It’s capable of processing chip-and-PIN, but it’s not capable of doing NFC. So, if you’re not anticipating the need for NFC anytime soon, you might want to save yourself a few bucks and go for this one.*

* If you are anticipating the need for NFC, many payment processors also sell the 250, which has NFC and it’s in color. But you’re looking at around $329, which is a bit more expensive than the Verifone VX520. 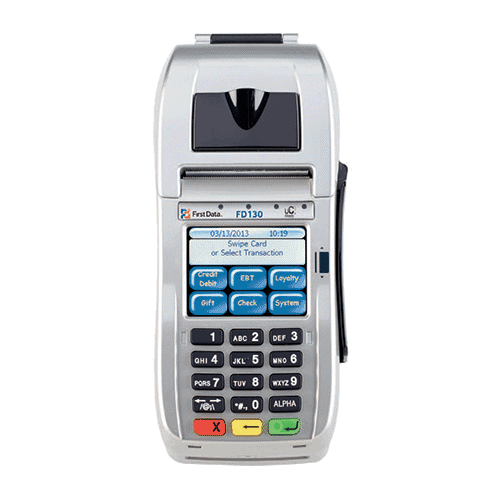 Need a heavy-duty standard wireless terminal? First Data FD130 might be your best bet. It’s capable of processing all types of payments, and it’s got a leg up on the competition because it’s wireless. We do have some other standard, wireless terminals on the list, but this one is built like a brick. Your Miura might not last forever, but this one will. It had better be sturdy, because it goes for around $339. 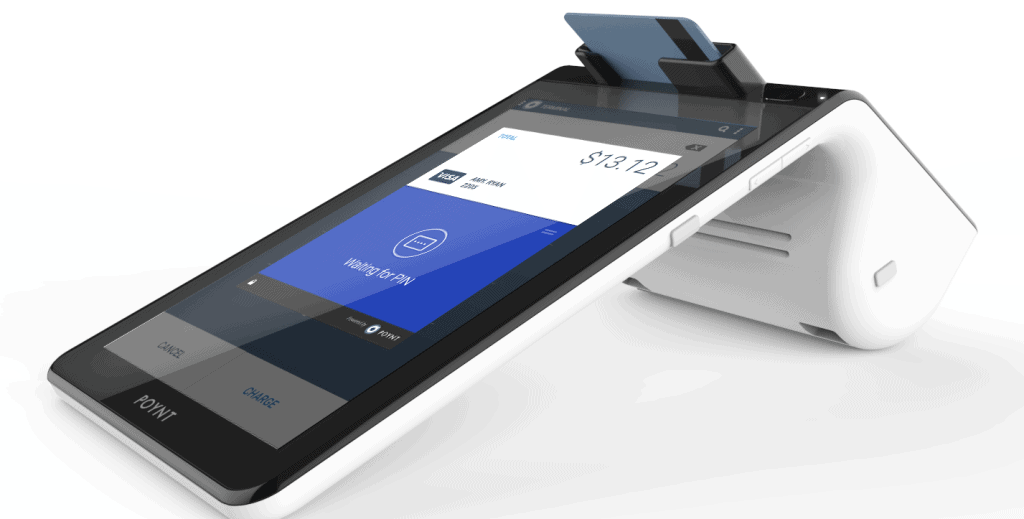 Developed by the fellow responsible for Google Wallet, Poynt is a “future proof” terminal with integrated POS software. This neat device can do everything you need it to—swipe cards, dip cards, enter signatures or PINs, accept NFC payments, print receipts, scan barcodes and QR codes, and even track your location via GPS. It comes with two different screens, so there’s no need to purchase a separate device or flip the screen around, and it can be connected via bluetooth, 3G or wifi.

The developers claim that it’s “future proof” because they’re constantly developing new apps so it can be customized for any sort of business. Unfortunately, it’s not available to the public quite yet, but it’s rumored to be selling for $299 a pop. For an attractive, fully functioning, wireless, inexpensive, two-screened little terminal, it might be worth the wait.

If you want a terminal with an integrated POS, but can’t wait for Poynt, you might want to consider Clover. Unlike Poynt, the company offers a few different terminal options, which are intended to be used together. The downside? Clover’s up-front prices tend to be the highest on the list.

First, Clover offers the Station (~$999): a 11.6″ display and reciept printer that’s capable of processing all payment methods. The screen can swivel between the cashier and the customer for ease-of-use and it, of course, has the built in Clover POS.

They also offer the Clover Mobile (~$699) and the Clover Mini (~$399 or $449 for the 3G option). Both are designed to be carried around. They can process all payment methods, and have a bunch of other features that I’ll let our reviews for the Station, the Mobile and the Mini explain. Suffice to say: if you’re looking for a terminal that can do more than simply scan cards, you’re going to want one with an integrated POS.

Clover is offered by a number of payment processors, such as Payment Depot, but as always, you should be able to buy it from a third party (if you do, watch out for scams).

We’ve got a few last words.

It can be overwhelming to have so many different options, but on the plus side, there will be one that is right for your business: you just have to find it. Good luck!