How Fintechs Fared: Many Small Businesses Got Much-Needed PPP Funding Via Online Lenders

Fintechs played a huge role in getting PPP funding to small businesses. Check out how they and other resources can help your small business. 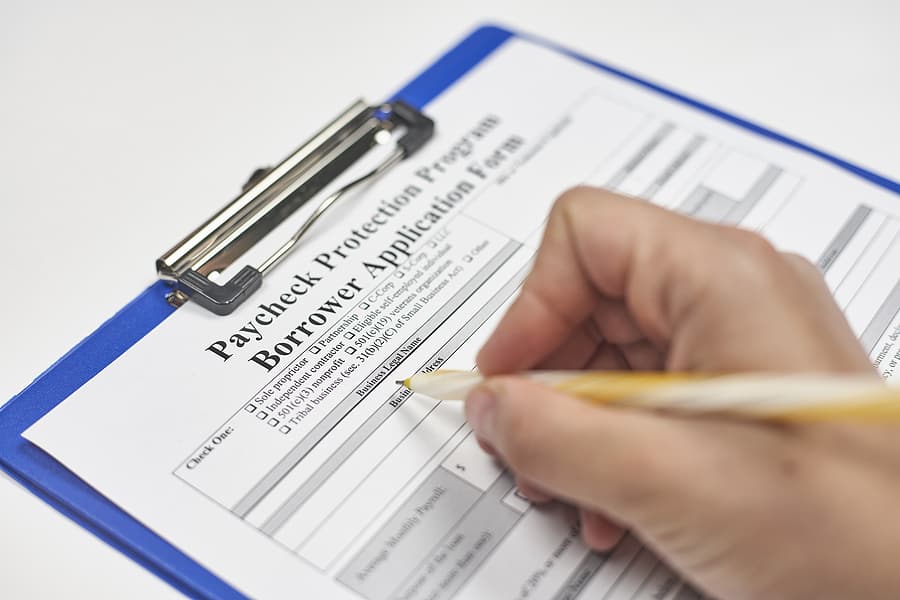 In the midst of the much-bungled Paycheck Protection Program (PPP), one group of financial institutions stood out: Fintechs.

Fintech — a term that stems from “financial technology” — has played a key role in the years after the 2008 recession by offering small businesses alternative lending platforms to the traditional banking system. During the height of the Covid crisis, many fintechs pivoted quickly to shovel out billions in PPP funds.

Like almost everything else associated with the PPP, fintechs were far from a perfect solution. However, these forward-facing firms still helped fill a gap left by the bigger banks.

Let’s take a look at how some fintechs leveraged their technology to help small businesses sort out the PPP.

With the PPP receiving $350 billion in round one of funding and then another $310 billion in round two, there should have been enough funds to go around — especially because Congress extended the program’s deadline.

However, traditional banks appeared to have favored richer clients, leaving many smaller businesses in a lurch.

Based on data compiled by the companies themselves and the SBA, here’s a peek at how some non-traditional financial institutions have fared compared to the average loan size of $107,000:

Additionally, The New York Times reported in April 2020 that some legacy banks gave special assistance to wealthier clients. According to a JPMorgan insider, their bank’s service was internally dubbed a “concierge treatment” that enabled clients to avoid online portals while skipping long queues.

With bigger banks privileging richer clients, numerous small businesses across the country have turned to fintech.

“Any exogenous shock to the system favors companies that can move quickly and take advantage of those things,” the co-founder of payroll firm Rippling, Parker Conrad, told The New York Times in June 2020. “All the reticence about doing things online evaporated in an instant. That’s a dynamic that impacts not just fintechs but technology companies more broadly who are trying to automate business processes that are offline.”

It hasn’t been all sunshine and roses for fintechs, however.

On our site, Merchant Maverick has noticed a particular struggle with Kabbage — which, it should also be noted, shut off credit lines to customers in the early days of COVID-19.

“We have applied for the PPP loan, and they are so unorganized and have asked for the same documents at least 15 times. Please run far, far away from this company,” commented one frustrated PPP applicant on our Kabbage review. Another person who claimed to have applied for a PPP loan through Kabbage added: “After a month of sending every document in and sometimes sending them in twice, calling them [every day] and being put on a wait time just to be told they would return my calls and never did.”

Lendio, which Merchant Maverick generally likes for its wide-ranging loan marketplace, also irked potential borrowers — mainly during the first round of PPP funding.

Some voiced their stories on Reddit about how Lendio’s partner banks, Ready Capital and Customers Bank, were slow to process approved loans. One Redditor, in particular, wrote: “Ready [Capital] is now asking for more docs in order to deny loans Lendio has already approved. And, of course, after being held hostage for 19 days, PPP funds are now gone.”

Countless Businesses Got Funding Through Fintechs

Still, it’s hard to fully disparage the work these firms did to help small businesses during the Covid-related economic downturn.

Kabbage, for example, managed to help an impressive number of businesses despite any flaws with its process. By the end of June 2020, the company had doled out 209,000 SBA-approved PPP loans (second only to bigwigs Bank of America and JPMorgan Chase) worth $5.8 billion in total. Kabbage CEO Rob Frohwein had earlier claimed that the company “processed over 40% of the average PPP application volume of the largest three banks in the country.”

The Atlanta-based company also partnered with Uber to create a more streamlined process for the car ride’s independent contractors who had struggled with getting work during lockdowns. This partnership was especially unique because it allowed Kabbage to prepopulate loan applications with data shared directly from Uber.

Moving on from Kabbage, Square Capital facilitated over 76,000 small business loans worth $820 million in PPP funding through mid-June 2020. Square Capital especially focused on sole proprietors — its number of loans to non-employer businesses doubled that of employer firms.

Otherwise, Nav, which operates a lending marketplace, built a forgiveness calculator and says it helped “tens of thousands of small business owners” in finding the right PPP lender. Direct online lender BlueVine vowed on June 30, 2020, to continue receiving PPP applications, even as Congress held the program’s extension in limbo.

Fintechs that don’t usually offer loans even got into the act. Divvy and Brex, both corporate card companies, used their tech prowess to help small businesses in need. (Note: Brex no longer accepts small or medium-sized businesses as clients and now focuses on venture-backed startups and mid-market companies. See our full Brex review for more details on how Brex works and if your business is eligible.)

In the cloud-based payroll and human resources sphere, Gusto provided tools to help small businesses compile the paperwork necessary to get PPP funds.

Just because the worst of Covid has passed doesn’t mean that there aren’t still big challenges facing small businesses when it comes to staying financially afloat. One avenue to look for business funding is through a grant. We have several articles that list grant opportunities for businesses, including grants for felons wanting to start a business, grants for startups, main street grants, grants for minority-owned businesses, and plenty more. Just search for grants on our website, and you’ll find various articles on the subject.

Our post on finding startup funds and tips on how to get started is another good resource to check out.

If one of those routes fails, you could try a different type of business loan. Merchant Maverick’s step-by-step article on getting a loan may also be helpful in securing cash for your business.