GoFundMe: A Goldmine For Businesses Hurt By COVID-19? 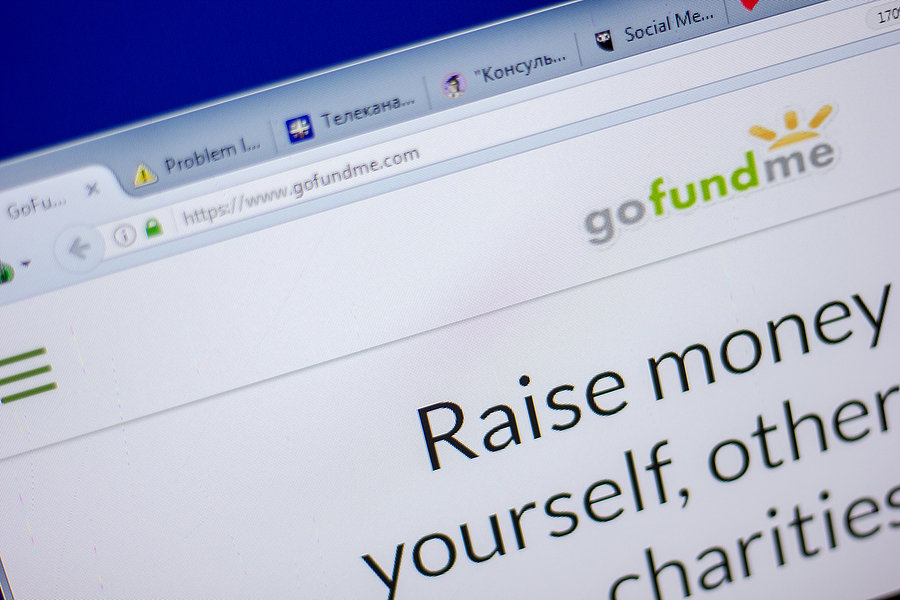 The recession sparked by the coronavirus pandemic has caused brutal financial damage to many small businesses throughout the US.

Some of those affected have been able to apply for federal funds, but often the aid hasn’t been enough. In many other cases, business owners have been outright denied. Such problems have led many small businesses to search for spare cash from alternative streams.

One of the more popular sources for extra money has been the crowdfunding site GoFundMe, which began picking up traffic in early March as shutdowns loomed across the country. By the end of that month, the site had raked in $120 million in donations for pandemic-related campaigns, according to a Bloomberg report. That was the most the website had ever pulled in for a single crisis — beating out aid for Australian wildfires by five times.

Despite the initial gold rush, is GoFundMe truly a wish-granting fairy for down-on-their-luck businesses? Should businesses impacted by the coronavirus pin their financial hope on a crowdfunded campaign?

Let’s take a look at how the service has — and hasn’t — helped small businesses throughout the COVID-19 crisis.

GoFundMe Promises Plentiful Hope For Some

Based on GoFundMe’s own numbers, the site houses over 16,000 fundraisers dedicated to helping small businesses weather COVID-19. Some of the campaigns are intended to be general relief funds for small businesses within specific regions or cities. Apart from those general aid funds, most are set up by owners of single businesses, usually to provide support for staff while the business is shuttered during the pandemic.

These campaigns have been a boon for some downtrodden businesses.

For instance, San Francisco’s beloved City Lights bookstore has raised almost $500,000 via donations from 10,300 people since April 9. This number exceeds the store’s $300,000 goal by astonishing margins.

“What? Over nine thousand people — impossible!” City Lights founder Lawrence Ferlinghetti said via a written update. “Wonderful! We want to open again as soon as we can. We don’t want to disappoint them.”

Ferlinghetti got his wish. In June, SFGate reported that the bookstore, the spiritual home for Bay Area Beat poets for 67 years and counting, was able to reopen after the pandemic had potentially shut it down for good.

Elsewhere, La Bonbonniere, a neighborhood restaurant in New York City, has managed to reach its $50,000 goal. The campaign was helped hugely by a neighboring magazine stand, which shared La Bonbonniere’s GoFundMe on its Instagram — generating $15,000 in donations overnight, according to Vogue.

In Charlotte, N.C., Vietnamese restaurant Lang Van doubled its $30,000 goal after patrons stepped up to help the eatery avoid closure. Per the local NBC affiliate, the restaurant’s owners had been working for free while paying staff out-of-pocket — the donations were able to help alleviate the strain.

All told, it’s hard to argue that for some small businesses, GoFundMe can be a place to pick up a much-needed buck or two. However, the odds don’t favor many.

Only 33% Reach Their GoFundMe Goals

In terms of the most bountiful returns, we counted 45 small business relief campaigns that have broken the $100,000 barrier, while another 78 have passed the $50,000 threshold. When combined, those 123 campaigns have raised roughly $16 million for businesses around the globe.

However, when you consider that those 123 campaigns comprise just 0.7% of the total COVID-19 small business relief fundraisers active on GoFundMe, the picture looks rather bleak.

In fact, based on Merchant Maverick’s analysis of GoFundMe’s 468 most prominently listed campaigns for small business relief, only 33% of COVID-19-related small business campaigns have reached their goal (as of July 15). This number is reflective of the overall number of GoFundMe campaigns that have reached their goals historically; a University of Rochester study from earlier this year found that just 27% of campaigns on the site are successful.

There’s also another problem: Not all GoFundMe campaigns make use of donated money honestly.

A prime example occurred within New York City’s Brooklyn borough. The staff of the Jack the Horse Tavern accused the owners of misusing thousands of dollars in GoFundMe donations. One former employee told Eater that staffers were “basically being used as pawns” while the tavern’s owners collected donations in a campaign advertised “to help the staff.”

Per Eater’s exposé, the owners initially gave each of the 25 staff members $200 after $5,000 had been raised. But as more donations trickled in (eventually surpassing $15,000), the staff never saw another dime. While the tavern’s owners said to Eater that their actions weren’t technically wrong (as they claimed the funds weren’t ever meant “exclusively for the employees”), the alleged tactics certainly leave a bad taste in the mouth.

On top of these qualms, GoFundMe struggled to get donated money to businesses during the pandemic’s early stages. For example, the San Francisco Business Times reported the story of Missing Link Bicycle Co-Op, located in Berkley, Calif. After raising over $28,000 in donations via GoFundMe in April, the bike shop was only able to withdraw about $3,000 of the raised funds within two weeks.

Sam Wilson, the organizer of Missing Link’s campaign, told the Business Times that their hope that the “fundraiser would be an immediate cash infusion to help us scrape by has turned out to not quite be the case.” Similar stories can be found elsewhere; an article by Eater highlights several restaurants in Boston and Miami that experienced similar problems withdrawing funds.

Berkleyside, a publication that ran a story about other Berkley businesses with trouble accessing funds, received this emailed statement from GoFundMe: “Our top priority is to balance speed and safety in order to ensure funds arrive as quickly as possible into the hands of those in need. We continue to listen to our community and look at ways we can improve with new resources, product features, and services to alleviate stress and make fundraising more efficient during this difficult time.”

How Crowdfunding Can Help Your Business

While most businesses won’t be able to generate big bucks through GoFundMe, plenty may be able to at least generate some level of cash. These funds can help your laid-off employees, keep your lights on, or even provide a temporary boost for your family.

Since GoFundMe doesn’t require fees upfront (instead, the site claims 3% of the donated proceeds), it certainly doesn’t hurt it to start a campaign if your business is truly strapped for cash. For in-depth tips on how you can use GoFundMe for your business, visit Merchant Maverick’s guide to setting up a GoFundMe campaign for business.

If you want to know what other crowdfunding options are out there for your small business, check out our top 10 alternatives to GoFundMe.