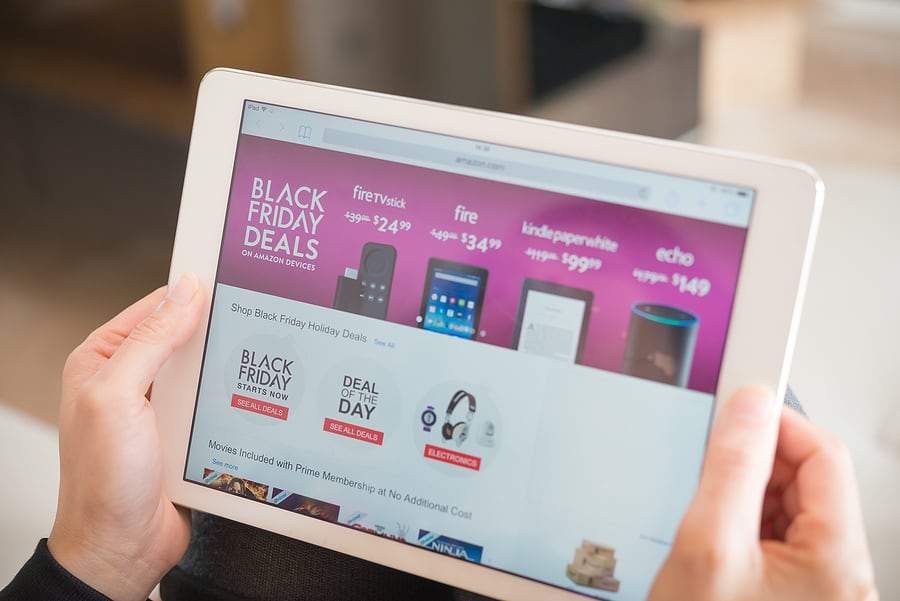 This week, Congress continued to kick a potential stimulus package down the road. Meanwhile, holiday shopping figures are looking hopeful in the eCommerce sector. Read on through for this week’s top five must-know stories for small business owners:

On Tuesday, a bipartisan Senate group proposed a $908 billion bill to help salvage the economy before the end of the year. The legislation would dole out $288 billion in aid for small business programs, such as the Paycheck Protection Program (PPP) and the Economic Injury Disaster Loan (EIDL) program. It would also increase liability protections for businesses by temporarily suspending COVID-19-related lawsuits at the state/federal levels.

Congress has until December 11 to approve a funding bill and avoid a shutdown.

Why this matters to you: Struggling business owners may be able to seek some relief if a stimulus effort passes. And it looks like many business owners are keen for relief — a recent poll by CNBC and Survey Monkey found that 83% of small business owners want another round of government-backed stimulus aid.

The eCommerce Pivot Was Successful On Black Friday

By almost all counts, this year’s Black Friday was a successful one for retail — digitally at least. Shopify reported that merchants using its platform broke the $5 billion sales barrier for the first time over Black Friday/Cyber Monday weekend. Amazon also reported successful numbers by noting that small- and medium-sized businesses sold $4.8 billion worth of goods through its site during the weekend. Those numbers are both substantially higher than last year; Shopify said sales grew 76% while Amazon’s shot up over 60%.

Why this matters to you: eCommerce appears alive and well as shoppers are wary about heading out during the pandemic. Even if your business hasn’t done so already, setting up digital revenue streams could be a potential boon going into the future.

Further reading: The Complete Guide To Starting An Online Store For Your Brick & Mortar Business

“Personalized gifts” is the number one trending term on Etsy this year, according to Josh Silverman, the site’s CEO. Silverman revealed the fact on CNBC on Monday.

“Large [online retailers] like Amazon are great to buy things that are very cheap and arrive very fast, and you use them and you’ve forgotten about them two seconds later and then they’re in a landfill,” Silverman said. “I think there’s always a need for things that are going to be cheap and arrive fast, but more and more I think people want an alternative to that, when they want that product to mean something to them, when they want it to feel special, and those occasions happen all the time.”

Why this matters to you: In the year of the social distancing, people are wanting to find other ways to make personal connections. If you or your business has the ability to sell products with a personal touch, it could provide a little boost during the final few weeks of this year.

As part of a judge’s order, the Small Business Administration released detailed borrower data from the PPP program on Tuesday. Names, addresses, and precise loan amounts for each PPP borrower were all disclosed. The SBA had been embroiled in a lawsuit against several news organizations that had requested the data under the Freedom of Information Act.

The results paint a sobering picture for small businesses. A report by the Washington Post found that more than half of the money allocated by the PPP went to just 5% of recipients. The top 1% of recipients took more than a quarter of all PPP funds.

Why this matters to you: The fact that larger firms were dipping into PPP funds is especially frustrating. Such businesses generally have better access to other streams of capital when compared to traditional small businesses. Hopefully, a revamped PPP program will place greater emphasis on helping smaller businesses out — they are the backbone of America, after all.

Facebook was in the news a fair bit this week, both for good and bad:

Why this matters to you: Facebook is becoming more and more a necessary evil for small businesses to survive in a COVID world. Hopefully, the company will be able to provide good solutions and tools for businesses in the future — and not stop them from connecting with customers.

Is your business thinking about pursuing a grant, but aren’t sure how taxes work? Check out our primer for the topic:

Celebrity chef David Chang, founder of the Momofuku food brand, recently won the top prize of “Who Wants to Be a Millionaire”. In an effort to aid those hit hard financially by COVID this year, Chang chose to donate his $1 million check to the Southern Smoke Foundation, a crisis-relief organization based in Houston that helps hospitality industry workers struggling from debt or other hardships.

On top of Chang’s generosity towards hospitality workers, another feel-good story took place in the food industry this week: In Cleveland, a restaurant that voluntarily shut down until January to help limit the spread of COVID recently received a $3,000 tip on a $7 bill. Of that money, $750 apiece went to the four servers working that night.

“We’re all so desperate for uplifting news, if this was a normal year, yeah, this would be a good story, but it’s a great story because of the year we’re in,” said the restaurant’s owner Brendan Ring. “The outpouring of love for this story has been universal.”