Home » Blog » Business Loans » Indiegogo VS GoFundMe: Which Is Right For Your Next Crowdfunding Campaign?

Indiegogo VS GoFundMe: Which Is Right For Your Next Crowdfunding Campaign?

Over the last decade, business owners and entrepreneurs have increasingly turned to crowdfunders to raise funds. Having access to individual donors for business projects and creative endeavors has been a needed boon to businesses in the post-financial-crisis era.

Two of the names that often come up in the crowdfunding conversation are Indiegogo and GoFundMe. In this article, we’re going to examine these two crowdfunding platforms and compare their suitability for business fundraising.

When evaluating Indiegogo vs. GoFundMe as crowdfunders, consider that while Indiegogo is for funding tech projects and creative works, GoFundMe’s crowdfunding is primarily for personal causes (such as medical emergencies). However, it can be used for business crowdfunding in certain circumstances.

When Indiegogo launched in 2008, it was intended to be a financing platform for independent films — hence the name. However, Indiegogo’s mission soon expanded, and the platform now supports crowdfunding campaigns for tech gadgets, household products, and all manners of creative works (films, novels, music, podcast, tabletop games, and more).

If your crowdfunding campaign hits its funding goal, you then have the option of using Indiegogo’s InDemand service to crowdfund continuously (à la Patreon). InDemand lets you continue raising money for an indefinite period — and without fixed fundraising goals — after your initial campaign closes. Your initial campaign need not have been with Indiegogo — if your campaign was successful on Kickstarter or another service, you are still eligible to use InDemand. The one requirement is that your first campaign was successful in meeting its goals.

With Indiegogo campaigns, the platform takes a 5% fee from what you raise. This is typical of for-profit crowdfunding platforms.

Compared to Indiegogo, GoFundMe is a very different type of service. GoFundMe is used to campaign for funds to cover personal hardships, emergencies, and other compassionate causes. As such, GoFundMe no longer carries a platform fee, as the company decided that taking a cut from the crowdfunding campaigns of people in desperate situations was not a good look.

Here’s what you need to know: GoFundMe isn’t set up to be a business crowdfunder. GoFundMe’s brand is inextricably linked to charity, personal needs, and community support. While GoFundMe doesn’t disallow crowdfunding for business, the platform simply isn’t set up to support the sort of gadget-makers and podcasters that Indiegogo supports. Business campaigns without a compassionate component or social purpose may not succeed on GoFundMe and are likely to provoke the ire of people who see such campaigns as taking advantage of a platform intended for altruism and justice, not profit.

However, this is not to say that GoFundMe is never right for business crowdfunding. To get a sense of the circumstances that make a business crowdfunding campaign on GoFundMe appropriate, check out GoFundMe’s business fundraiser page and examine the campaigns that are succeeding. You’ll see lots of campaigns for local businesses struggling to recover from coronavirus-related hardship, riot damage, and other extenuating circumstances. You’ll also see campaigns from struggling longtime businesses seen as pillars of their respective communities, such as independent bookstores and theaters. Other GoFundMe business campaigns either highlight the personal challenges of the business owner or the socially-conscious purpose of the business — a store run by a veteran recovering from PTSD or a cafe devoted to hiring the formerly incarcerated would jibe with GoFundMe’s mission.

However, if you’re trying to raise money to create a video game or independent film, for example, and your campaign doesn’t have a social justice angle or a story of personal struggle, Indiegogo is the crowdfunder you’ll want to go with.

GoFundMe does not have strict guidelines as to who is allowed to use the platform, though the company states the following in its fundraising FAQ page:

We see people use GoFundMe to raise money for themselves, friends and family, or even complete strangers in random acts of kindness. People raise money for just about everything, including medical expenses, education costs, volunteer programs, youth sports, funerals & memorials, and even animals & pets.

An Indiegogo InDemand campaign has no duration limits, but the fees are the same.

As for GoFundMe, the terms and fees are thus:

The campaign process is quite similar for both of these crowdfunding platforms. While your campaign is open, you give people the option of contributing to your campaign on your project page. Both Indiegogo and GoFundMe provide you with access to promotional tools to bolster your campaign, and both platforms encourage you to use your existing social media channels to solicit support.

One aspect of running a campaign that differs between the two platforms is that with Indiegogo, the platform makes it easy to offer perks to your backers (such as a product, branded merchandise, tickets to a showing of your film, etc.) in exchange for a certain level of financial support. With GoFundMe, while you can offer rewards to your donors, you have to contact the donor and offer a reward yourself with no automated process to facilitate reward-giving.

Indiegogo offers an extensive help section to answer any questions you might have. For direct support, there’s a contact form you can use to get in touch with the company. There’s no live chat option, nor is there any phone support.

GoFundMe also offers a Help Center for support along with a contact form for questions. GoFundMe also provides live chat support from Saturday to Wednesday, 6 AM to 7 PM Pacific Time, though the company warns that “These hours are subject to change based on how many agents we have available.” Like Indiegogo, GoFundMe does not offer phone support.

Both companies receive a high volume of complaints, which isn’t out of the ordinary for such widely-used services.

With Indiegogo, most reviewers have been largely positive about the company, and many campaigners have found the platform to be intuitive and flexible. Reviewers are also generally positive about Indiegogo’s customer support. Most Indiegogo complaints stem from miffed backers who never receive their promised rewards from failed and/or unscrupulous campaigns. Due to this, Indiegogo campaigners would be well-advised to advertise their responsibility and trustworthiness to reassure potential supporters.

While GoFundMe has its satisfied users as well, the company gets an even higher volume of complaints than does Indiegogo, many of which have to do with campaigners being unable to withdraw funds that were pledged to their campaigns. While GoFundMe campaigns are not pre-vetted, the company does closely examine campaigns before allowing the campaigner to withdraw funds, and sadly, this process catches a lot of needy folks at the worst possible time, resulting in a high volume of complaints. GoFundMe’s policy of requiring campaigners to give their full SSN before withdrawing funds comes in for a lot of criticism too.

Which Is Best For Your Crowdfunding Needs?

Generally, if you intend to crowdfund for a business project, the Indiegogo vs. GoFundMe question is pretty clear, considering Indiegogo is geared towards business projects while GoFundMe, for the most part, is not. However, there are some exceptions to this general rule.

Jason Vissers is a writer and cereal chef from San Diego. He graduated with a Political Science degree from San Diego State University in 2001. He's been writing about website builders, crowdfunding sites, online lenders, and credit cards for Merchant Maverick since 2015. Additionally, Jason can't eat raisins. 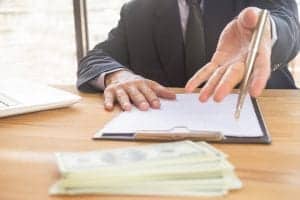 12 Different Types Of Small Business Loans You Should Know

We Help You Get Approved ✔︎

See only the right lenders for you with our Filtering Tool!

We love Square’s free POS as an entry-level option for just about any business.

Get Funded with OnDeck ✨

Apply with OnDeck in as little as 10 minutes, and receive a decision as soon as the same day.

Get 70% QuickBooks Online for a limited time!

Brex Corporate Card for Startups is one of our top picks for business credit cards!

Helcim is one of our top picks for payment processing!

Helcim has exceptional service and an advanced platform that we highly recommend for businesses in Canada and the US. Get three months free when you sign up with Helcim through our links!

OnDeck is one of our top picks for Business Loans!

OnDeck is our featured vendor for business loans and lines of credit. If you have at least one year in business, a personal credit score of 600 or higher, and $100K in annual revenue, OnDeck is ready to help your business get funded.

ADP Payroll is one of our top picks for Payroll Software!

For a limited time, get three months free when you sign up via our links!

Lightspeed POS is one of our top picks for Point of Sale!

We highly recommend Lightspeed POS for small businesses looking for a feature-rich, tablet-based point of sale system. PROMO: Save up to $1,000 when you sign up by November 30th.

Fundera is one of our top picks for SBA loans!

Fundera is a free-to-use marketplace that allows you to compare lenders side-by-side. Easily find SBA 7(a)loans alongside other financing options.

ShippingEasy is one of our top picks for shipping software!

ShippingEasy got a 5-star review from our team. Get a 30-day free trial to access discounted USPS and UPS shipping rates and print labels in no time. No credit card required.

Square POS is one of our top picks for Point of Sale!

Square is free to use and currently includes a free card reader at sign-up!

No credit card is required to create your account.