What The iPhone 7 Means For Mobile Credit Card Processing 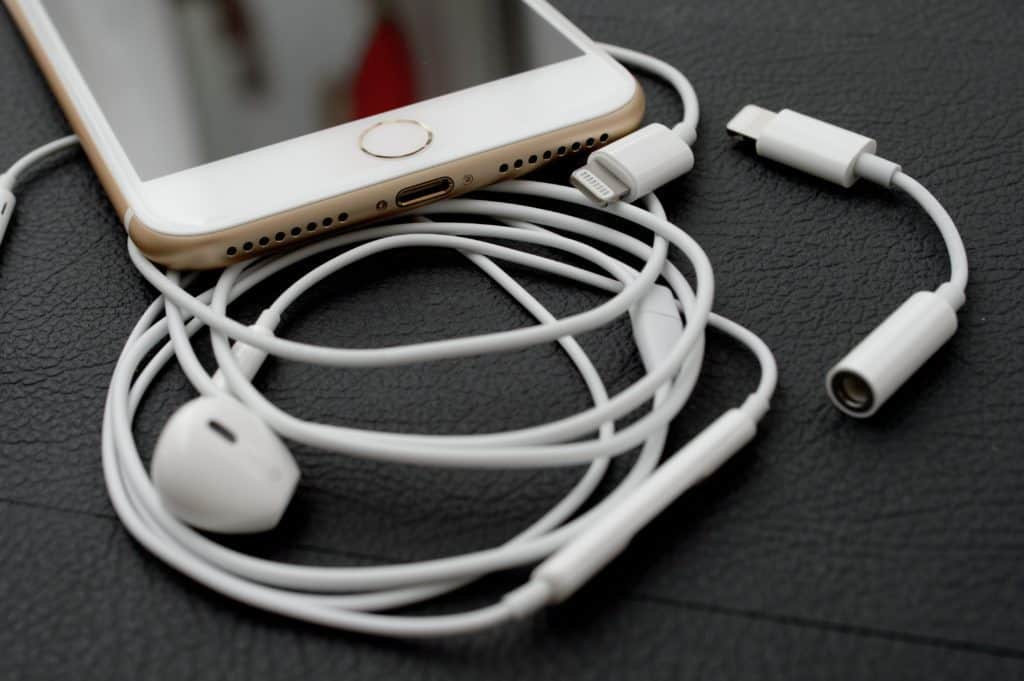 Apple recently unveiled their new iPhone 7 and iPhone 7 Plus smartphones, and their reception has been decidedly different than it was for previous models. Rather than praise or condemn the phone’s new features (such as the faster A10 processor or the 7 Plus’s dual cameras), discussion has focused on the company’s controversial decision to remove the 3.5 mm headphone jack entirely.

For most users, upgrading to the latest version of Apple’s flagship product will entail having to find a new way to get your music from your phone into your ears. Apple includes a 3.5 mm-to-Lightning adapter, so your trusty old headphones will still work… for now. Other options include switching to wired headphones with a Lightning connector or upgrading to the new (and pricey) wireless AirPods.

While it hasn’t garnered nearly as much attention, there are other uses for the old 3.5 mm jack besides listening to music, and people using devices that plug into that jack are going to need some options, as well. One of the more common uses for the headphone jack is its use in business to connect a small credit card reader, turning the phone into a mobile credit card terminal. Thousands of small business owners rely on these card readers to process credit and debit card payments every day, and the transition to jack-less smartphones is eventually going to make those card readers obsolete.

The largest player in the mobile processing space is Square, the company that originally introduced the idea of combining a simple, magnetic-stripe card reader with an app to create a smartphone-based alternative to pricey credit card terminals. Launched in 2009 by Twitter founder Jack Dorsey, Square disrupted the traditional credit card processing industry by offering free card readers, free apps, and free accounts to go with them. Users were only charged for processing the actual credit card transactions themselves, a breath of fresh air in an industry notorious for charging onerous monthly fees and locking merchants into long-term contracts that were difficult (and expensive) to get out of.

Square wasn’t – and still isn’t – perfect, however. To keep costs low, accounts are aggregated together, and users don’t receive their own unique merchant ID number. As a result, Square users aren’t as fully protected against fraud as they would be with a full merchant account. Users frequently complain that their account has been frozen or even terminated for no apparent reason, and Square’s customer service is notoriously unhelpful when this happens. Nonetheless, the company is still the best choice for micro- and small businesses due to its robust features, lack of a monthly fee, and month-to-month contracts.

Like any innovative company, Square has spawned many imitators, including Pay Pal Here and Capital One’s Spark Pay. Traditional merchant account providers have rushed to offer their own mobile processing systems as well, also relying on the smartphone app + card reader model. Almost all of Square’s competitors offer card readers that plug into the headphone jack, and will be affected by its eventual disappearance.

EMV, NFC, and Other Acronyms

Until recently, a very basic, plug-in magstripe card reader was all a small business needed to accept credit or debit cards. Now that EMV (Europay, Mastercard, and Visa) credit cards are being adopted in the United States, things have changed quite a bit. Also called “chip and pin” cards, EMV cards offer far greater fraud protection than the old magstripe cards, but they also require special hardware to read them. As of October 1, 2015, liability for fraudulent transactions involving magstripe cards has shifted from the banks to the merchants and their processing companies – a major motivator for both parties to upgrade to the newer technology.

For companies that offer smartphone-based mobile processing solutions, the switch to EMV has forced them to introduce newer card readers that are EMV-compliant. While many of these card readers use Bluetooth and don’t need to be plugged into a headphone jack, there are others that still have to be physically connected to the smartphone to function. Square’s relatively new chip card reader, for instance, still uses a headphone jack.

At the same time merchants are dealing with the shift to EMV, NFC (near-field communication) or contactless payments are now also being introduced. NFC technology allows customers to transmit credit card data from their smartphones wirelessly to a compatible card reader or terminal. While Apple Pay is currently the most well-known contactless payment service, this capability is also available through Android Pay, Samsung Pay, and others. NFC payments offer convenience and the strongest protection against fraud currently available.

While EMV and NFC technology promises to usher in a new era of convenience and security for both merchants and consumers, the transition has been anything but smooth. Merchants – particularly those running very small or part-time businesses, are reluctant to invest in the new hardware. Consumers are still using older, magstripe-only cards. And of course, NFC isn’t of much use to those people who are still stubbornly refusing to buy a smartphone.

What’s a Small Business Owner to Do?

If you’ve been relying on an inexpensive mobile processing solution like Square to run your business, it should be pretty clear at this point that you’re going to have to upgrade your equipment sooner or later. Currently, your options include the following:

The idea of creating a mobile credit card terminal by marrying up a smartphone and a simple, inexpensive magstripe reader was pretty novel when it was first introduced, and it’s revolutionized the mobile payments sphere. Unfortunately, smartphones tend to become obsolete in as little as 2-3 years on average, and today most new smartphones are sold to people who are replacing an older phone. The headphone jack has lasted much longer, with the technology being originally introduced in 1878, and the current 3.5 mm model dating back to 1964.

It’s the unavoidable fate of all technological innovations to be eventually replaced by something even better, and the sun is finally starting to set on the venerable headphone jack. While the iPhone 7 isn’t the first smartphone to drop the headphone jack (the Moto Z also removed it in favor of a USB-C connector), Apple’s position as an industry leader virtually guarantees that other companies will follow suit and release newer, jack-less phone models.

For small business owners that have come to rely on phone-based mobile credit card reading systems, this change means the eventual obsolescence of their cheap, simple-to-use card swipers. Nonetheless, the rise in credit card fraud and the introduction of more secure payment systems such as EMV and NFC to combat it are more important factors behind the need to upgrade. In other words, you’re going to have to replace your older, less-secure magstripe reader anyway, whether your phone still has a headphone jack or not.

Get a free credit card reader when you sign up!

Square Payments is a secure and reliable credit card processing platform. It's advanced solutions and broad feature-set makes it a great fit for most businesses.