Home » Blog » Small Business » How To Make Money On Mixer: 5 Ways To Monetize Your Stream

How To Make Money On Mixer: 5 Ways To Monetize Your Stream 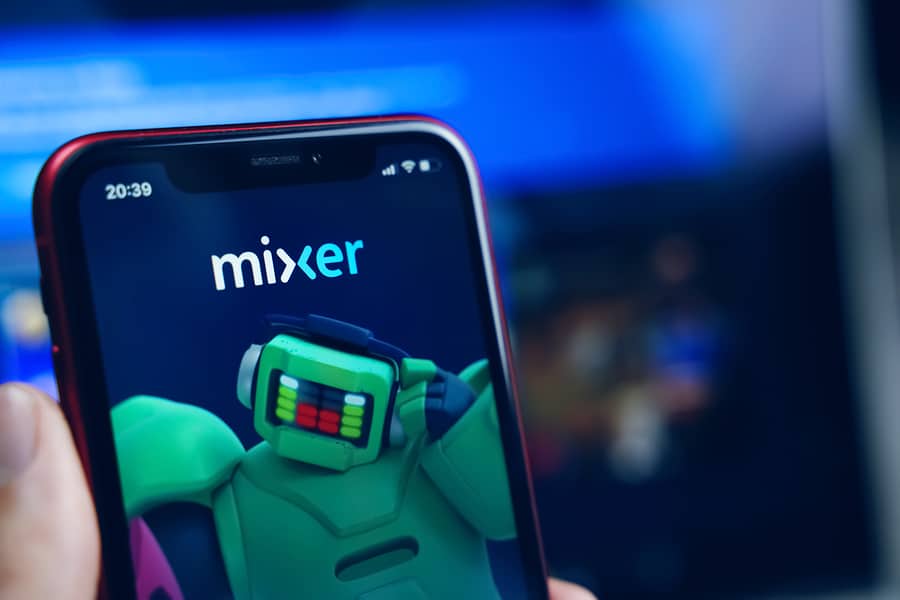 Microsoft announced that the Mixer platform will be shutting down July 22, 2020. Microsoft has partnered with Facebook “to enable the Mixer community to transition to Facebook Gaming.” As such, the information below will no longer be accurate once Mixer stops service.

Purchased as Beam by Microsoft in 2016 and rebranded a year later, Mixer has long played second fiddle to Twitch in the world of video game streaming platforms. However, the lesser popularity isn’t all bad. Because Mixer has fewer broadcasters and viewers than Twitch, it may be easier for new streamers to stand out in the crowd.

Plus, Mixer has also been making waves recently. In August 2019, the platform lured Twitch’s top streamer, Ninja, away from its Amazon-owned competitor. A few more big-name streamers — notably Shroud and KingGothalion — followed in Ninja’s footsteps later in the fall. With exclusivity deals in place with these streamers, Microsoft has certainly lined Mixer with some deep pockets.

Despite the success of a fortuitous few, achieving the dream of making money off of playing video games still takes hard work and dedication. Most new streamers will struggle to collect a consistent paycheck without putting in a fair amount of effort and a little bit of luck.

Is Mixer the right place for you to make money off your streaming career? Keep on reading to find out!

How Streamers Make Money On Mixer

Streamers can make money on Mixer through several avenues. The platform does offer a partner program that enables viewers to reward their favorite streamers with “Skills,” “Sparks,” and “Embers” (which can then be converted into cold hard cash by the streamer). However, Mixer’s requirements to get into the partner program are rather stringent.

As such, most Mixer streamers will want to try earning money via third-party services. Examples here include donation platforms, merchandise, sponsorships, and affiliate linking.

How Much Money Can You Make From Mixer?

The amount of money you can make on Mixer depends on how big your following is. With this in mind, most new streamers won’t be earning very much money — it takes time and effort to grow an online community. And while some may eventually be able to break into banking six figures a month, most will not. Because the amount you could potentially earn depends on your audience size, it’s difficult to gauge just how much money you might be able to make from Mixer. In all likelihood, you won’t be earning a living wage — at least at the very start.

All that said, Mixer definitely has the money to throw around. When the platform poached Ninja from Twitch in 2019, the streamer was reportedly paid between $20 and $30 million to switch over. Of course, not everyone will be able to reach the same level of clout and celebrity as Ninja. It is simply unlikely that your average streamer will be making tens of millions off their streaming career.

What is easier to gauge is how much money you might make from individual contributions by viewers. Embers — one of Mixer’s in-house currencies — will net a streamer $0.01 for every one used on Skills during their stream (Skills are basically just emojis and GIFs viewers can use within a stream’s chat log). That means if your viewers purchase a number of Skills worth 1,000 Embers during your stream, you’ll collect a tidy sum of $10. 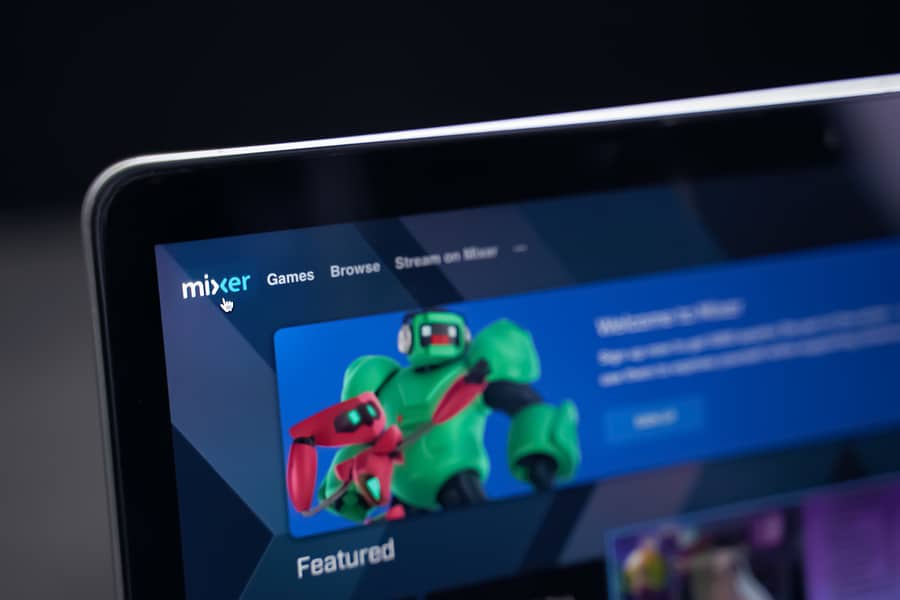 Mixer’s partner program allows streamers to natively earn money through the platform. This program won’t be for everyone, however. There are fairly strict requirements that will restrict new streamers from qualifying.

How Mixer Pays Its Partners

Mixer pays its partners through Sparks and Embers, both of which act as a form of currency for the platform. Note that Mixer does not currently have a paid subscriber system in place, unlike Twitch (there is a Mixer Pro subscription available, but a viewer’s money won’t be earmarked for a specific streamer).

Sparks — which viewers earn through watching Mixer content — can be used to trigger Skills on your channel. Once enough viewers have collected Sparks through your channel and launched Skills, you’ll be able to cash out your earnings for actual cash. Unfortunately, Sparks and Skills don’t have an easy-to-calculate dollar value.

Embers, as mentioned above, do have a calculable dollar value. Embers can be used by viewers to purchase premium Skills. For every Ember a streamer earns via unlocked Skills, they collect $0.01 in real-world money. Unlike the watch-to-earn Sparks, Embers must be purchased by viewers.

How To Register As A Mixer Partner

To become a Mixer partner, you’ll need to apply through the partnership tab in your dashboard. Note, however, that Mixer does have a set of requirements you’ll need to meet before going through with an application. According to Mixer, the minimum metrics required for partnership are:

Note that even if you meet the above criteria, you might not be approved for partnership because Mixer also looks at a channel’s quality and may reject those who lack proper “Professionalism, Uniqueness, and Community Building.”

Should you already have a successful brand on a different platform, you may be able to become a Mixer partner without hitting the above requirements. If you have 100,000+ views in the last 30 days on YouTube or you average 300+ concurrent viewers on Twitch, Mixer may consider your partnership qualifications outside of the normal application process. In some other cases, special exceptions might be made for celebrities or industry-related organizations.

Other Ways To Monetize Your Mixer Stream

Because becoming a Mixer partner isn’t the easiest thing in the world, you’ll probably want to consider a different route to earn money while streaming. Even if you are a Mixer partner, the options below could still prove to be solid moneymakers.

Setting up a third-party donation system can enable you to receive money directly from viewers without needing to worry about Sparks or Embers. PayPal, in particular, has a popular donation platform that many communities use throughout the internet.

You could also consider signing up for a membership platform, such as Patreon. You can receive monthly donations through these platforms in exchange for giving followers perks, such as exclusive Discord access, bonus content, physical merchandise, and more.

If you want to learn more about accepting online donations, Merchant Maverick has an article on the topic.

Selling products promoting your channel can be an excellent revenue source if you have an audience ready and willing to help spread your brand. Example products include such things as t-shirts, sweatshirts, and mugs. Numerous services exist online to help make merchandise a reality. Some of the bigger names include Teespring, Redbubble, and Zazzle.

Besides selling products with your channel’s logo, you can also reach out to artists (either on a site such as Fiverr or within your own following) to craft new designs that align with your audience.

Big brands often leverage the influence of popular streamers to promote their products. For the streaming world, this could be in the form of sponsorships or by playing a particular video game on stream for a set number of hours. The exact details of these sponsorship deals will depend on the brand and the individual streamer involved with the agreement.

For brand promotion to be successful on your channel, you’ll (unsurprisingly) need to have a sizable following. Of course, there may be situations where you can find a brand that aligns with your community’s particular niche. In this instance, you might be able to strike a deal without having thousands of viewers watching each stream.

If you are unable to get direct brand sponsorships, you might still be able to generate revenue by promoting products through an affiliate or referral program. These programs share a small portion of the profits each time someone clicks on a link you share and buys a product.

As an example, if you enjoy using specific accessories, hardware, or software during your streams, you could provide links to those products via the Amazon Associates program. Your viewers can then buy those products by clicking your link and giving you a bit of extra income.

A few specific brands operate their own affiliate programs. For instance, the gaming hardware company Razer has such a program that can share up to 10% of each sale to affiliates — this is a much better rate than you might get with Amazon Associates. If there is one brand you like in particular, it may be worth digging up info on whether or not they have an affiliate program.

All told, don’t expect streaming on Mixer to be a get-rich-quick scheme. You’ll need to put in a fair amount of time to set up a consistent streaming schedule and promote your channel’s brand. Plus, you’ll need to be patient as your following grows over time. On top of all of that, it will take some luck for you to start seeing leaps and bounds in viewership.

As such, focus on the fun aspect of playing video games. Gaming and streaming should ultimately be about having fun and making social connections — any money earned is only a bonus.

Want to learn more about streaming? Check out Merchant Maverick’s guide to making money on Twitch.