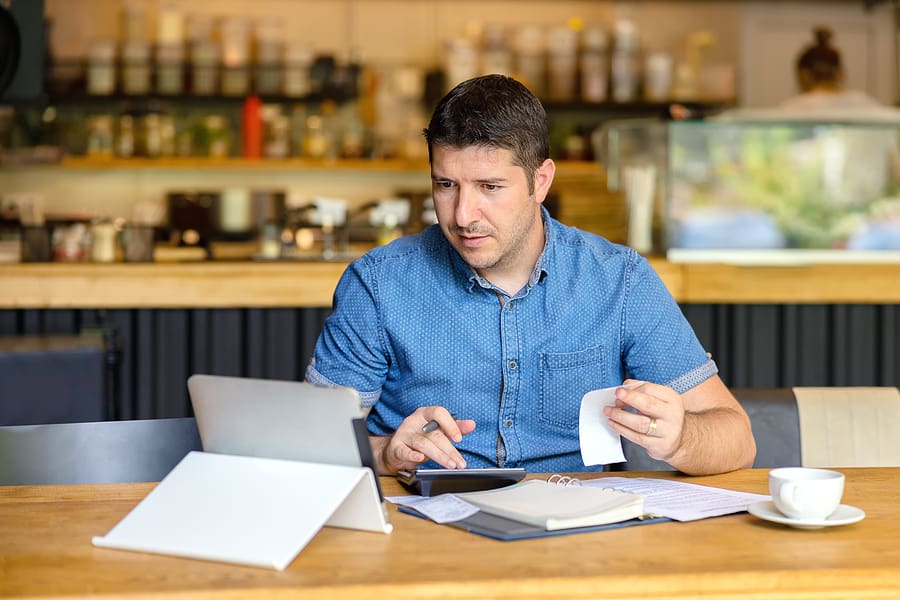 Obscure financial products have a way of taking on an almost mythical quality, as that of rare deals not available to mere mortals. The truth is usually less glamorous. Obscure funding methods tend to be obscure because they’re niche and targeted at a specific type of borrower under very specific conditions.

Such is the case with Monthly Recurring Revenue (MRR) lines of credit — a form of venture debt designed for a very specific kind of tech business that offers subscription memberships for software that it provides as a service (Saas). For these tech companies, MRR lines of credit can be a low-cost way of accessing funds on-demand, albeit with some potential drawbacks.

Want to know more about MRR lines of credit and who they’re for? Read on.

What Is An MRR Line Of Credit?

When a lender extends you a line of credit, your credit limit is based on what the lender believes you can reasonably pay back based on your revenue and cash flow, or what your assets can cover. The former case would be an unsecured line of credit. In the latter case, you would supply some kind of collateral (cash deposit, inventory, equipment, land, etc.) as security or — in the case of an asset-backed line of credit, the value of your asset would be your credit limit.

An MMR line of credit combines elements of all of these. Whereas an unsecured line of credit estimates a monthly and annual revenue stream to determine a credit limit, an MRR line of credit treats monthly recurring revenue as a kind of asset that can be used to secure the line. What counts as MRR? Typically this translates to subscription services in which customers are paying regular, reliable monthly fees.

This allows businesses that offer services rather than tangible products–think software-as-a-service (SaaS) companies, for example–to leverage their subscriptions as a form of security.

How An MRR Line Of Credit Works

An MRR line of credit is aimed almost uniquely at SaaS companies, although companies with similar subscription-based revenues may also qualify.

Essentially, a lender that offers an MRR will consider your total monthly subscription revenue and your monthly growth rate in subscriptions, as well as your monthly costs. Usually this number is a multiple of your MRR (usually between 3x to 6x), multiplied by your churn rate. As your MRR may differ from month-to-month, so may your credit limit over the course of your MRR.

It’s worth pointing out that the churn rate–the number of customers you fail to retain each month–is one of the key deciding factors with an MRR. The lower your churn rate, the more easily you’ll qualify and the higher your credit limit will be. As a rule, you want a less than 15% churn rate. Similarly, growth is also an important consideration as it demonstrates your ability to service your debt.

The typical term for an MRR LoC is between one to three years. During that time you can draw as much and as often as you want so long as you don’t exceed $540,000. Interest rates typically range from Prime to 14% APR.

How MRR Lines Of Credit Compare

MRR lines of credit may sound a lot like some other financial instruments you’ve heard of. Let’s clear up the confusion.

Installment loans differ from all lines of credit. Instead of extending you a line of credit, the lender will provide a lump sum of money which is deposited in your bank account, provided to a vendor from whom you’re buying an asset, or provided in check form. This payment is made one time and all at once; there’s no draw period or revolving credit.

You’ll pay off the amount you owe, called the principal, plus either accumulated interest or a flat fee over a set amount of time. This is done in regular monthly, weekly, or daily installments.

As you might imagine, this makes installment loans much less versatile than MRR lines of credit. On the other hand, they’re more abundant, easier to get, and will likely have better interest rates than comparable lines of credit.

The differences between an MRR line of credit and a “traditional” line of credit are more subtle. Both allow you to draw against an established credit limit. Both are usually revolving. Both usually require you to only pay interest on the amount of credit you use.

The difference is that you’re using your subscription-based business model to demonstrate you’re worthy of your line of credit rather than securing it with assets or receivables. That’s about it, really.

Though MRR LoCs are less common, some lenders consider businesses with monthly recurring revenue to be a lower risk than other businesses — as long as their account churn is low. With that in mind, you may be able to get a better deal by going with an MRR LoC, all other things being equal, assuming your business model qualifies you for one.

Going by their names, you’d be forgiven for thinking “monthly recurring revenue” implies MRR lines of credit are a kind of revenue-based financing. Nevertheless, MRR LoCs are debt financing, they just use a very specific type of revenue to gauge your worthiness as a borrower. That said, MRR lines of credit can involve equity participation, especially if your lender is a venture capitalist or angel investor, so make sure you know what you’re getting into beforehand.

Revenue-based financing, on the other hand, is a way to raise money from investors without giving up equity in your company. In exchange for a lump sum or similar cash infusion, investors will receive a share of your business income until they’re recouped an agreed upon amount, which is usually a multiple of the amount provided. Because the repayments are revenue-based, they will fluctuate based on how well your company is doing.

In comparison, MRR payments don’t take that into account; your payments will be based on how much of your credit you’ve used.

MRR lines of credit are very specialized, which means the vast majority of businesses simply don’t fit the profile. That said, they do offer qualifying businesses some distinct advantages.

Advantages Of MRR Lines Of Credit

Disadvantages Of MRR Lines Of Credit

What You Need To Qualify

To qualify, you’ll need to offer a subscription or membership service with high retention rates.

In most cases this means a business in the tech industry. You’ll also need to be growing, although the good news is you may not have to be profitable so long as your projected growth rate looks good. You’ll also, ideally, have an annual recurring revenue of at least $3 million.

Where You Can Find An MRR Credit Line

As a highly specialized financial option aimed at tech businesses, you may immediately think of venture capitalists, angel investors, and similar independent non-bank lenders. And in this case, you’d be right. You’re best bet for finding these types of investors is through word-of-mouth referral if you’re lucky enough to be plugged into the investment scene. Your next best bet is to use services like AngelList, SeedInvest, etc. to find and communicate with investors.

If that doesn’t sound appealing, you can also try to work with what’s called a “venture bank.” These are venture capital companies that combine elements of banking and venture capital firms. Some prominent examples include Silicon Valley Bank and Venture Banking Group of Pacific Western Bank. These entities offer venture-debt services, including MRR lines of credit. Just be aware that they will often require warrants as part of their financing agreement, meaning that they’ll reserve the option to buy equity in your business.

Learn About Other Financing Resources For Businesses

Not a tech company offering a SaaS by way of subscription? You’re in good company. Luckily, there are tons of other ways to finance your company, whether you’re looking for venture-based funding or more traditional debt-based lending.

Check out our resources on: