Home » Blog » Business Loans » Revenue-Based Financing: What It Is & When It’s The Right Choice For Your Business

Revenue-Based Financing: What It Is & When It’s The Right Choice For Your Business 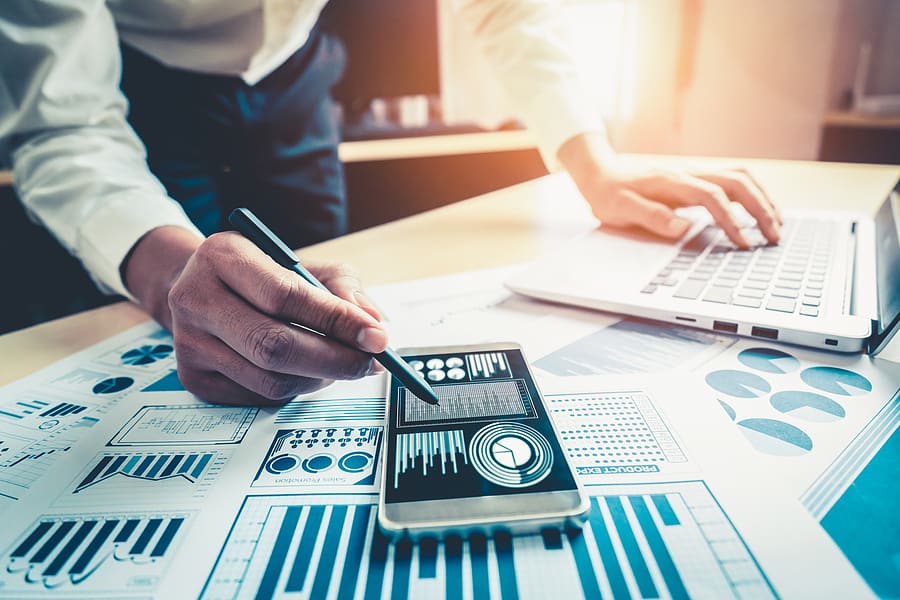 Entrepreneurs looking to build their companies from the ground up often face difficulties getting traditional debt-based financing. Banks, and even many alternative lenders, prefer to do business with companies that have at least six months of operation under their belt, and preferably two to three years. And that’s before you factor in things like your creditworthiness.

What Is Revenue-Based Financing?

Revenue-based financing grants investors a regular, ongoing percentage of a company’s income in exchange for a cash infusion. The investors receive scheduled payments until they’ve collected an agreed-upon amount of money from the new business.

Because this model relies on the business generating revenue, investors will want to see that you’re capable of producing the strong margins necessary to both continue to grow and pay them back. That means businesses planning on a slower growth model, or those that may not be revenue-positive for an extended period of time, are generally not a great fit for revenue-based financing, which is most frequently seen in the tech sector and adjacent businesses.

Funding amounts typically range between $50,000 to $3 million, with repayment expected in three to five years. Repayment caps, which are expressed as a flat multiplier, represent the total amount your investor is expecting to reclaim from you. This rate typically ranges from x1.35 to x3, although higher caps aren’t unheard of. In some cases, the investors may instead use a date or sustained rate of return as cut-off points.

You’re even generating a little bit of revenue from your early customers, but need money to grow. You approach an investor or investment group that offers revenue-based financing, and they like what they see (your average monthly revenue has been $16,000, with strong gross margins). You’re not profitable yet, but you’re on the right track. The investor clears you for $1 million in revenue-based financing.

Interestingly, the $1 million generally will not be handed over to you in a lump sum but will function a bit more like a line of credit. In other words, you can draw upon it more than once, so long as your total draw doesn’t exceed the limit (note, however, that there may be restrictions on when and under what circumstances you can draw).

Let’s say you managed to secure a cap of x2 and eventually use all of your “credit.” The total amount you’d be expected to repay would be $2 million ($1 million x 2). You and your investor settle on a payment plan of 6% of your monthly sales, which have risen to an average of $40,000. You’d be paying around $3,200 a month. Assuming your revenue stays at that amount, you’d be paid off in a little over five years. If your revenue increases, you’d be paid off sooner. If it decreases, it would take longer.

If you think revenue-based financing sounds a little bit like a merchant cash advance, you wouldn’t be too far off the mark. At their core, both are hedging on your future sales. Both are collecting a percentage of those future sales. Both have indeterminant term lengths due to being revenue contingent. And both are relatively costly ways to finance your business.

That said, there are a few differences between them, namely in terms of scale and scope. Merchant cash advances tend to be based solely on your credit and debit card sales, not your revenue. Payments are usually made daily rather than monthly, and the expected time until settlement is usually much shorter. At this time, merchant cash advances are also available to more companies than revenue-based financing, which tends to be aimed specifically at high-growth businesses like tech startups.

Revenue-based financing sits adjacent to other types of investor-sourced financing like venture capital. Both tend to heavily favor high-growth industries like tech, and both tend to cater to entrepreneurs who normally would have trouble obtaining debt-based financing.

That’s where most of the similarities end. Venture capital is equity-based financing, meaning that you’re selling shares, or at least the option to buy shares. In other words, you’re giving up some of your ownership in your company. This model typically assumes that you intend to sell your company somewhere within a five to seven-year window. Revenue-based financing, on the other hand, does not transfer ownership to the investors. You’re also not expected to sell your company (in fact, doing so would likely complicate your arrangement).

Venture capital financing typically takes place over a series of rounds, with your company being able to access additional rounds of funding after they’ve hit specific milestones. Revenue-based financing generally isn’t as regimented, although there may be conditions upon when you’re able to draw on your funds.

When Revenue-Based Financing Is Right (Or Wrong) For Your Business

Revenue-based financing, like most investor-based financing, is not as widely available as debt-financing. This means most businesses won’t have the luxury of deciding whether or not it’s right for them–it simply won’t be an option.

For businesses that do fall into the revenue-based financing niche, you’ll need to weigh the opportunity cost of not taking the money against the financial cost of taking it. Will the growth financed with these funds, minus the burden it puts on your revenue, outpace the growth you would achieve without it?

Let’s look at some pros and cons:

What You Need To Qualify

Besides being in an industry supported by this kind of financing (namely tech), you’ll need to meet a few other qualifications.

You don’t need to be profitable, but you do need to be generating revenue with gross margins of 50% or more. Your gross margin is equal to your revenue minus the cost of the goods you sold. Take that number and divide it by your revenue. If it’s 0.5 or higher, you may be a candidate.

But not so fast! You’ll also need to demonstrate that you’ve hit a revenue threshold for three or so consecutive months. That number may differ from investor to investor, but it’s usually somewhere around $15,000. You also don’t want to be servicing any debt, so make sure you’ve settled any loans before seeking revenue-based financing.

And last, but certainly not least, you’ll need to find an investor or investment group that offers revenue-based financing.

Where You Can Find Revenue-Based Financing

Using equity financing as a model, you may expect it to be really difficult to find investors dealing in revenue-based financing. While it’s a relatively new model for financing with a limited number of players, there are a surprisingly large number of revenue-based financing investment groups that prominently advertise their services online. This includes entities like Alternative Capital, Decathlon Capital, and Lighter Capital. The ones with a strong web presence may even allow you to apply online. As a general rule, we recommend dealing with lenders and investors who are transparent and disclose the terms of their services upfront.

Learn About Other Financing For Businesses

With revenue-financing being an option only for a small minority of businesses, most of you will probably want some idea of the alternatives available to you if you don’t qualify. Luckily, you haven’t even come close to exhausting the possibilities.

Check out our other features for entrepreneurs: