Campaign Monitor arose as a solution to a problem encountered by undergraduate web designers Ben Richardson and David Greiner: they couldn’t quite find what they were looking for in the existing email marketing tools. In 2004, they began to build Campaign Monitor, mainly for themselves. Eventually, though, they opened the service up to other frustrated designers and businesses. Today, Campaign Monitor serves over 120,000 paying customers, including such notables as Buzzfeed, Coca-Cola, Disney, Airbnb, and the San Diego Chargers.

Focusing on streamlining every part of the email marketing process is a huge part of what Campaign Monitor is all about, but I would be remiss if I did not comment on how gorgeous the product itself is. It is clear that while usability and convenience were important in the design, the team that created this ESP also wanted it to be beautiful. Tying functionality and design together so well is something many software companies attempt to do, but not all of them succeed. Campaign Monitor does succeed and with an air of easy grace.

Best of all? You can more or less experience the full extent of what Campaign Monitor has to offer after signing up; none of the key features — from autoresponders to reporting — are hidden behind a paywall. The program has its flaws, particularly for very advanced users, but businesses looking for an ESP that can meet the vast majority of their needs (with minimal fuss) would do well to give Campaign Monitor a look.

Campaign Monitor offers three payment plans: Basic, Unlimited, and Premier. While there is a free unlimited trial (no credit card required) that allows users to test the full suite of features, it stops short of allowing you to actually send an email. If you want to send even a single email, you’ll have to spend money. You can, however, send test emails to up to five addresses per campaign, so you’ll be able to evaluate every stage of the process. This is a bit annoying, but fortunately, Campaign Monitor offers good value for money when compared to their competitors, especially now that this app offers such competitive features as email segmentation and automation.

The Premier plan includes everything from the Unlimited plan but also adds in activity tracking and analytic features to justify the higher price tag. Though quite a bit more expensive, these features have the potential to revolutionize your business, so they are probably worth considering.

In all cases, if you have more than 50,000 subscribers, you can request a special quote for high-volume sending needs. There is also a 15% discount for nonprofits, which is a nice touch!

Campaign Monitor is entirely cloud-based and requires no download to run on your computer.

The sign-up process for Campaign Monitor is painless, requiring a minimal amount of information from new users: name, business, email, and a password.

The dashboard divides its tabs into discrete areas. Account-related links are offset and dulled-out at the top of the page, while campaign and list creation tools are situated prominently and brightly an inch or so below. You’re given four options at the outset: Overview (a panel with links to tutorials initially, notable campaign information later), Campaigns, Automation, and Lists & Subscribers. Offset from that main grouping are Templates and Clients.

Somewhat hidden in a sidebar in the account settings is the option to switch layouts for the account from “multiple clients” to “single business.” This simplifies the layout a bit by removing some options you probably won’t use if you’re handling the marketing for a single business. 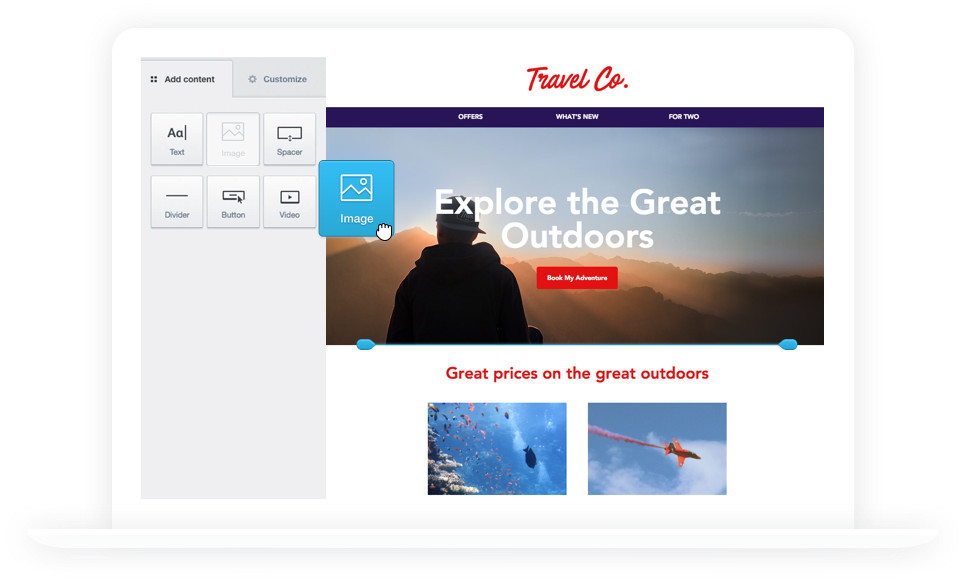 Sending the campaign is straightforward, and Campaign Monitor will actually walk you through the process. If you haven’t created a contact list up until this point, the program will prompt you to do so. You can send test emails to up to five recipients. These do not count against your monthly emails (nor do they count as emails with regard to ending your free trial).

After you’re pleased with your test, you can schedule the email to be delivered immediately or at a set time in the future.

Campaign Monitor also supports A/B testing: sending slightly different versions of the same email campaign to different test users to see which version gets the better response. This feature allows you to split subjects, your sender name, or the email content itself.

At a glance, Campaign Monitor’s customer support options are a bit sparse, lacking real-time support in the form of live chat or even phone service. This is somewhat alleviated by the quick response time of their 24/7 email-based support team and a solid, searchable knowledge database.

Negative reviews of Campaign Monitor are difficult to come by. No complaints about the company are logged on BBB, Ripoff Report, or Complaints Board. The program is currently ranked 4.4/5 stars on G2 based on 10 reviews. The iPhone app is ranked 3 stars on the App Store — users rated the program negatively based on some bugs in earlier versions. There have yet to be any reviews of the current version, which was released in April 2015.

Criticisms of Campaign Monitor include:

Users have a lot of positive things to say about Campaign Monitor. The site also keeps a list of notable satisfied customers.

Campaign Monitor has a small but well-developed set of core features. 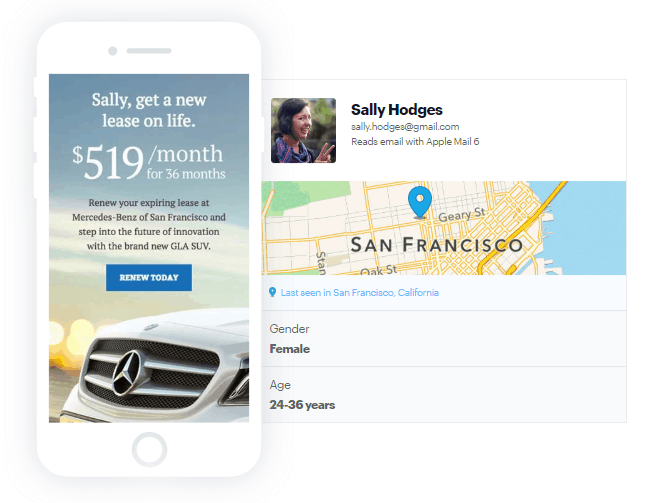 Last time we reviewed Campaign Monitor, we criticized them for being “weak” in the integrations department. In the time between then and now, the problem has been rectified. Over 250 different integrations are now available, including everything from Google apps to Shopify to Facebook. Here are the highlights:

Campaign Monitor also has an APU that users can access to build their own apps.

Databases are protected by access restrictions, and key information, such as passwords, is encrypted when stored. SSL (HTTPS) is used throughout the application to transmit sensitive information, such as credit card details, which are not stored on Campaign Monitor servers.

Data is mirrored to a backup server in case of malfunction.

As one might expect, Campaign Monitor frowns on spam and abides by the CAN-SPAM Act, so don’t expect to be able to send emails with false headers for long. Campaign Monitor goes a step further, however, by defining spam as “any email you send to someone who hasn’t given you their direct permission to contact them on the topic of the email.”

To catch spammers, Campaign Monitor is tied into the spam reporting systems of major ESPs, such as Outlook. If more than .03% of your emails are marked as spam, you’ll receive a warning and be contacted by the company with advice on how to fix the problem. More serious or repeat infractions can lead to account suspension.

Lately, there has been a trend towards making email marketing accessible to a broader user base by simplifying programs and improving or eliminating unnecessary features. The danger, of course, is the potential loss of utility for more serious marketing campaigns.

Campaign Monitor, more than most ESPs, gets minimalism right; the majority of email marketers will find the tools they need to get the job done without having to wrestle a bloated interface to the ground. Additionally, having access to all of the program’s features at every pricing tier makes the software feel complete in a way that many of its competitors don’t. Add to that the near-breathtaking graphic design and you’ll find that Campaign Monitor is one of the most complete email marketing services currently available.

Of course, you are the best judge of whether or not Campaign Monitor will meet your needs. Give the free trial a spin and see how you like it.

We really like Benchmark for email marketing and think you will too!

One More Mention For Benchmark!

Try Benchmark Email for free! You have nothing to lose.

One of the most unethical and unscrupulous companies out there. Do not use campaignmonitor.com. When everything works it is all fine. As soon as things stop working then you have no hope. Their support is a complete bunch of idiots. The will not do any refunds even though we only had data in the account for 24 hours and then removed it. They have stopped our campaigns despite the fact that we have been sending out campaigns with no problems. No, we have to try and get through to someone with half a brain cell to understand our problem. We are doomed. Have had to export all our data out and use another provider. They also charged us £100 4 days before it renews for data we can’t use and now they are going to charge us again. Again, we can’t use our account but they are happy to charge us.

Square POS is one of our top picks for Point of Sale software!

Square is free to use and include a free card reader at sign up! No credit card required to create your account.👌

Campaign Monitor is one of our top picks for credit card processing!

Their standard offer has no early termination fee and no junk fees. 👍