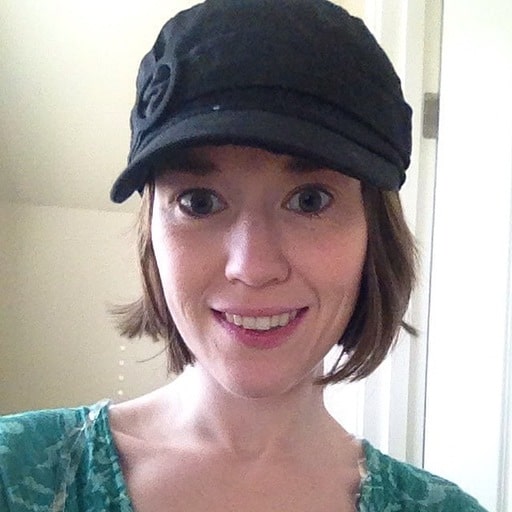 Note: Producteev has been discontinued as an independent product. This review reflects our last experience with the software before it was binned.

Founded as recently as 2008, Producteev swiftly became one of the world’s leading task management applications. Boasting hundreds of thousands of clients, this software achieved a high measure of popularity in a very short time and soon attracted the attention of a major social business software provider. Jive, drawn to Producteev’s simple design and well-established user base, acquired the company in late 2012. In May of 2013, Jive released a redesigned, stand-alone version of Producteev, to some dissatisfaction from users who loved the original’s snappy design and customization options. Now, Producteev is gone while Jive remains.

Designed above all for simplicity and versatility, Producteev won praise from various industries and businesses of all size. Well-known users of this free task management software include Hitachi, Standford University, Skull Candy, and the Financial Times.

The claims that Productive would always be free have been shown true — but only sort of. There is a free version that features unlimited users and projects as well as a bevy of other features from the “Pro” version. In fact, the only things unique to the Pro version are logo customization options and (more importantly) personalized support. The price for these extras? For up to 100 users, $99 dollars a month.

With all of the actual features of Producteev still available for free, it will be up to you to decide if it is worth the extra money for dedicated support options.

Personally, I found the web-based version of Producteev almost ludicrously easy to use. Creating an account was as easy as signing in with a Google email or Facebook account or creating an account with another username and email address. From there, creating projects was simpler and more intuitive than any other software I have tested. Once my test project had been created, I was able to easily add tasks and subtasks, edit due dates, and add watchers to keep tabs on my progress.

After downloading the mobile app on my iPhone, I found Producteev to be just as simple to use. The app took me a few seconds to figure out but no more than usual for learning a new app. Every feature that I found to be so intuitive on the web platform was equally user-friendly on my phone. However, it should be noted that one complaint I saw on both the IOS and Android versions of the app was it cannot be used offline. Since Producteev is a web-based application, this is really no surprise. However, it is best to keep this in mind when deciding if Producteev is right for you.

If you aren’t willing to shell out the cash for the dedicated support that comes with the Pro version, there aren’t tons of customer support options here. This could be due to the fact that Jive’s Producteev is so, so, so very simple. However, there are the standard FAQ’s and a “user’s guide” on its website. Jive also runs a community page for all of its products, and Producteev is no exception. Users can submit questions which will be answered by experts. Having said that, at the time of this review, no new questions have been answered for a month.

While previously, support could have been found on social media, those options have dried up since we last reviewed Producteev. Producteev’s Facebook page no longer exists (although there is still a link for it on the website), and the Twitter account has only posted three tweets since October of last year.

Producteev was generally very well-received until it was bought and redesigned by Jive. Most former users are extremely displeased with the changes:

Jive bought them (Producteev) out promising more resources to make the app better. Got worse – more glitchy, inconsistent when creating tasks of if a reminder will be set or not when you set a deadline.

Great tool, covers 80% of the needs (used to cover 95%). When they moved the tool to a new platform and got acquired by Jive, tool lost a lot of functionality.

So disappointed in this app. The previous version (before Jive) was amazing. Simple. Snappy. More customizable. I don’t find this new version to maintain those great characteristics. It feels sluggish and constantly in need to refresh itself in order from my changes to register.

The majority of the current complaints about Producteev have to do with the following issues:

Yes, it is very bare-bones and doesn’t have many of the features common to other project management software, and yes it may not be quite the same since Jive bought it, but nearly all the feedback I found online for Producteev was very positive. Here are some of the things people like most:

The following are excerpts from positive customer reviews:

We use Producteev to manage our team’s tasks and projects. Its integration with email and flexible tagging capabilities enable us to easily capture to-do’s, keep track of priorities, understand interrelated activities, and see who’s doing what.

Producteev by Jive focuses on a critical area of collaboration for us — driving project success. We see it as an important addition to Jive’s social business platform that’s generated great results for us in the past 3 years.

Producteev takes the stress out of “to dos.” I capture them in Producteev and move on, knowing that I can access them from anywhere, anytime. It is my essential, go-to productivity and creativity tool.

Producteev is a simple program with a very concentrated focus on basic task management. There are only a few features, but in my experience, they function quite well.

Producteev integrates with Dropbox and also offers an open API.

Jive keeps its security measures fairly close to the vest but claims to take all “appropriate steps to protect personal data from loss, misuse, and unauthorized access, disclosure, alteration, or destruction, whether in transmission or storage.” Any sensitive information stored in Producteev (such as credit card account numbers) is SSL encrypted.

Fortunately, though Producteev is no more, the world is not completely without affordably excellent project management software. Even better, we have covered a few of the better options here at Merchant Maverick. If you are looking for a free option that includes most of the standard project management features, I recommend checking out Clickup. If all you need is basic task management, I would recommend Squidhub or Trello.

Disappointed in the demise of Producteev? Have other suggestions for great alternatives? Let us know below!

To learn more about how we score our reviews, see our Project Management Software Rating Criteria.

I wouldn’t even give this app a 1 star. In September of last year they cleared all the passwords because, I can only assume they had a security fail they had. I haven’t been able to access this program every since. They don’t respond to emails. Finally I joined the online forum hosted by Jive, which took two days— Jive has to approve you. Really? After posting about this issue and seeing that many others had the same issue, I was issued these wonderful little ‘tokens’— password tokens, which weren’t worth the bandwidth used to click on them. The Tokens were “INVALID” all 3 times. I finally started a new account, only to be blocked form that one too. I can’t help but wonder if this company is trying to take a loss. How in the world can they continue to do business with such a cumbersome password recovery and communication system?

I’m an architect and business owner and have trialed many web based applications – so much so I can barely remember them all – and have very happily settled on Producteev. Whilst it doesn’t tick every box, I don’t believe anything on the market does or will. Producteev provides a great range and mix of tools combined with ease of use and collaboration features.

A Top Credit Card Processing Choice For All Businesses

Stax is one of the few providers in the industry to offer membership pricing.
Month-to-month billing with no long-term contracts.

Need A POS System Too? Lightspeed Is A Top Option!

Offers options for many retail, restaurant and eCommerce businesses.