Stripe Terminal & Stripe Card Reader Review: Is This Your Best Option For A Custom POS?

This card reader for Stripe offers multicurrency support and advanced reporting tools but may not be the best choice for primarily brick-and-mortar businesses. 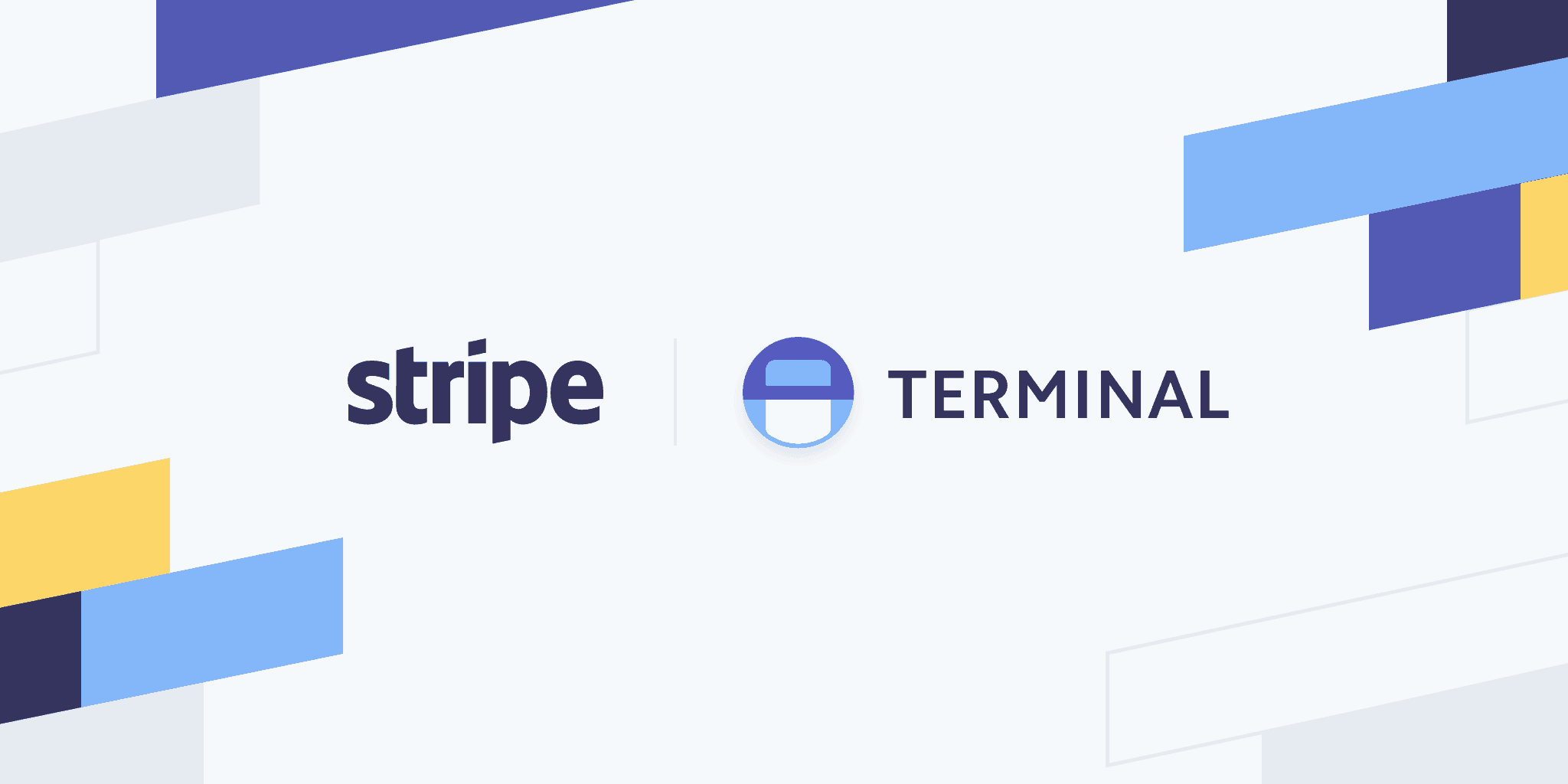 Stripe is known for its comprehensive eCommerce payment processing services, so it may come as a surprise that Stripe now also offers the ability to process in-person transactions. Although Stripe insists that the Stripe Terminal is not in direct competition with Square, the processing and point of sale giant has certainly laid out an effective blueprint to follow.

Like many of the top third-party payment processors, including Square, Stripe has its issues. Fund holds, occasionally dodgy customer service, and problems with accepting what it deems to be high-risk payments routinely crop up in reviews. However, Stripe has a loyal following due in large part to its simple and competitive pricing structure and the company’s innovative mindset and best-of-class developer support.

Stripe Terminal continues to be introduced to new markets, but the service is still fairly limited. Still, the company’s API has always been a strong selling point, and its pricing structure and built-in customer base give it a solid leg up. For now, Stripe Terminal gets 3.5 out of 5 stars.

Stripe Terminal Is Not A Full Stripe Point Of Sale App

While Stripe is branching out into in-person sales, it’s still primarily an eCommerce-focused processor. The terminal does allow you to process card-present transactions, but it’s not ready to go right out of the box (which also follows Stripe’s developer-centric ethos). Additionally, Stripe Terminal’s app support, while it continues to grow, is still somewhat limited.

The surcharges can also add up. Arcane Strategies’s Stripe Terminal for the WooCommerce app has a +0.8 + $0.15 surcharge on transactions to start, with lower transaction fees available with paid monthly and annual plans.

Getting Started With Stripe Terminal

As with everything Stripe, you’ll need to work with some code to get things up and running. The good news is that Stripe provides exhaustive resources and examples for developers.

If you don’t have the means to implement Stripe yourself, you can use Stripe through a handful of POS apps, including Big Cartel, Collect for Stripe, and Payment. Just be aware that using a third-party integration will likely come with additional fees.

This wouldn’t be as big a deal if it were just any credit card processor, but until recently, Stripe has been exclusively an eCommerce processor. Stripe Terminal can take credit and debit card payments with one of its compatible readers. This includes swiped, dipped, and NFC contactless payments.

Stripe Terminal allows businesses to program what customers see on the screen with its trademark customization options. This will let the merchant offer coupons or provide additional information to customers.

Note that your customization options may be limited if you use a third-party integration to set up Stripe Terminal.

Stripe offers a wealth of reporting tools and features. While many of these features aim to optimize and secure card-not-present transactions, you’ll still be able to use many of Stripe’s advanced tools. For example, you’ll be able to log in to your Stripe account and manage subscriptions and bookings as well as view reports. It’s also compatible with Stripe’s Connect API, which is used for payouts, fee collections, and conversion optimization.

Business owners who choose Stripe Terminal can make changes and adjustments to their processing system from a remote device with an internet connection. They will also be able to track sales across multiple channels. That makes it easy to configure and manage all Stripe Terminals from the same centralized hub where you’re managing your online transactions.

While hardware options for Stripe Terminal are currently limited to three readers, that won’t be the case for long. Stripe will soon be releasing its M2 mobile reader in the US market.

The battery-powered Stripe Reader is compatible with Stripe Terminal and the Stripe ecosystem and connects to your mobile (or desktop) device through Bluetooth. It can accept EMV chips, NFC payments, and traditional swipe payments.

Stripe Terminal is currently compatible with five readers. You can buy them directly from Stripe, except for the Verifone P400.

For a deeper look at all the costs associated with Stripe, check out A Complete Guide To How Much Stripe Costs. You can also learn more about both companies in our Stripe VS Square comparison.

As we touched on above, there are a number of options for terminals. Currently, the most popular one appears to be the BBPOS Chipper 2x BT, which is the cheapest of the available terminals and perhaps the most comparable to Square’s iconic mobile reader.

The Chipper has a small profile, weighing around 2.3 ounces and spanning approximately 2.62 x 2.35 inches, with a 0.73-inch depth. 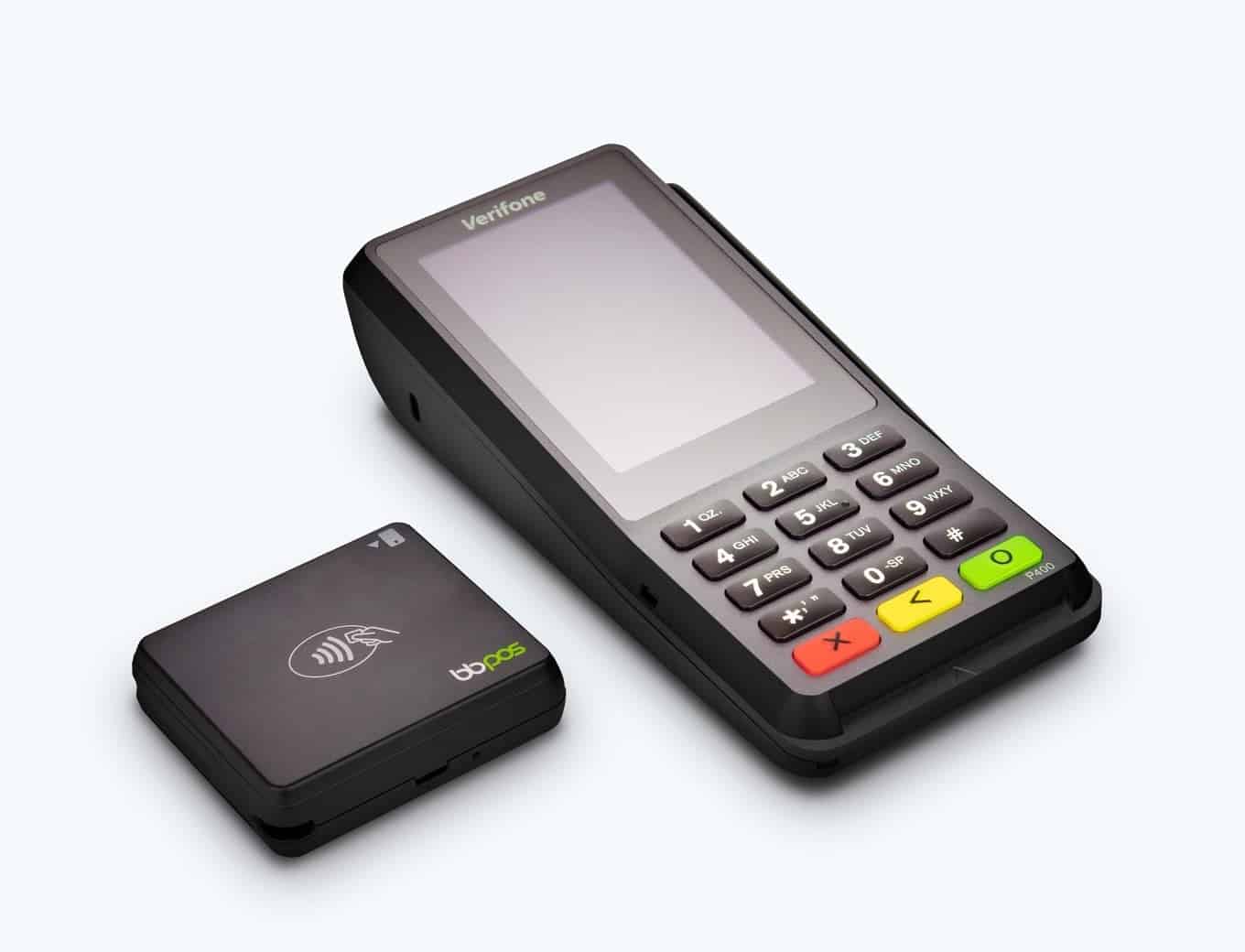 The Chipper is PCI-compliant and uses Bluetooth to connect to one of the following supported operating systems:

You’ll need to physically connect the Chipper to hardware running one of these systems by its Micro USB charger and run the appropriate application to set up the device.

New is the Stripe M2 reader, which can be used as an alternative to the Chipper for mobile processing. It’s marginally larger at 2.89 x 2.63 x 0.76 inches. 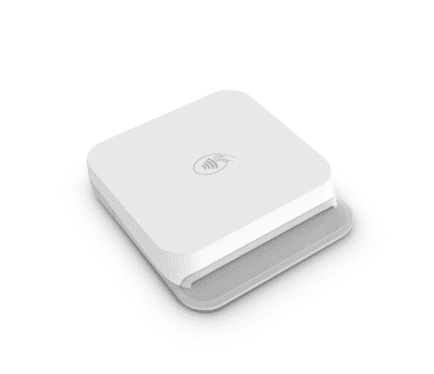 The Stripe M2 is PCI-compliant and uses Bluetooth to connect to one of the following supported operating systems:

As we touched on earlier, Stripe is a very developer-focused payment processor. If you don’t have someone on your staff who can handle some moderate coding, and you don’t want to hire a contractor to set things up, your best bet is to use a third-party integration. Keep in mind, however, that this will likely raise your transaction costs.

On the other hand, if you have a programmer handy, they’ll enjoy some of the best tools and documentation available in the credit card processing space. To get going, you’ll need to set up a server and download Stripe’s library, which you can do through a package manager, such as npm or directly from GitHub. You can then set up Locations, which will make it easier to manage all of your terminals (this process will differ slightly depending on what type of Stripe Connect account you have).

You don’t need a working terminal to get the environment set up; Stripe provides a virtual card reader that you can use to test your code. The process appears pretty straightforward, with plenty of code examples to follow along with. Just keep in mind that Stripe Terminal is still a pretty niche corner of the Stripe universe, so the resources may be slightly more limited than what you’re used to if you run into stumbling blocks.

Where Stripe’s developer resources are top-notch, its customer service has long been a mixed bag. Stripe offers a variety of contact methods, but customers may have a difficult time getting some of their complaints resolved quickly (the most common issues surround account holds and freezes, which are a common problem with third-party processors).

You can reach Stripe 24/7 through live chat, phone, or submitting a ticket via email. Additionally, Stripe has an extensive online knowledgebase. Non-programmers may even find the developer documentation useful for describing Stripe’s features in-depth.

Stripe Terminal isn’t a department distinct from Stripe itself, so there aren’t many user reviews and complaints specific to it. Stripe has an A+ rating with the Better Business Bureau, though there are many complaints and negative reviews, mainly focused on the following:

Again, the verdict is still out on Terminal, but Stripe does have a number of things going for it that customers generally appreciate:

Stripe Terminal does successfully demonstrate that Stripe is able to offer POS capabilities at a competitive price point. Stripe customers looking to branch out into the occasional in-person sale will find a lot to like here. The terminals are both adequate and affordable, with a setup process that should feel familiar to Stripe fans. And if you’re processing small transactions, you’ll even pay less per transaction than you would with some of Stripe’s biggest competitors.

On the other hand, I’d still have a hard time recommending Stripe Terminal to merchants who primarily process card-present transactions. Most of the Stripe platform is still built around optimizing eCommerce, which leaves Stripe Terminal feeling more like an add-on than a reason to show up in the first place. It will be interesting to see how Stripe Terminal evolves in the future and whether it can give some of the best POS systems a run for their money. It’s just not there yet.