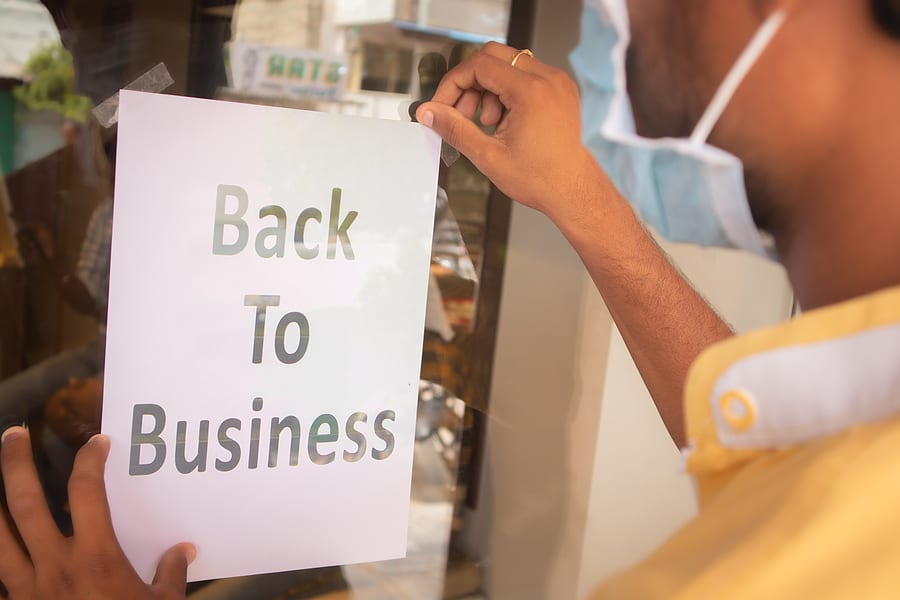 It’s been a rocky ride for small businesses since the start of the coronavirus pandemic. But a recent survey suggests that a rebound is on the horizon.

The survey in question, released Monday by CNBC and SurveyMonkey, found that 64% of small business owners are confident their business can last more than a year in current conditions. That number is exactly double the 32% of business owners who felt that way three months ago.

Also key: Nearly a quarter of businesses that had to lay off or furlough employees have already rehired all their staff. Another 34% said they’ve rehired at least “some” employees back. Only 15% don’t expect to rehire any laid-off employees.

Additionally, 35% reported seeing more demand for their core products during Q3 of this year. That’s up 17% from when CNBC/SurveyMonkey last surveyed small business owners in April.

“These latest results offer a glimmer of optimism from the small business world,” SurveyMonkey’s chief research office Jon Cohen said in a statement. “For many on Main Street, the strong sense is they’ve made it through a paradigmatic shift.”

The CNBC/SurveyMonkey poll surveyed 2,040 US small business owners between July 20 and 27 to arrive at their findings. The poll has been released quarterly since 2017.

Still Much Work To Do

Despite the positive numbers, there remains a general caution to promising full economic recovery.

Most notably, the confidence index CNBC and SurveyMonkey derive from their poll is at 53 points (out of 100) which — while up four points from April — is eight points below where it stood at the beginning of the year.

“This is not the V-shaped recovery we were hoping for,” Laura Wronski, a research scientist at SurveyMonkey, told CNBC. “Things are certainly better than they were last quarter, but far off their marks from what we had seen earlier this year and last year. These small businesses are going to have long-lasting effects from this pandemic.”

Even with those “long-lasting effects” in play, many small businesses have managed to stay afloat by following proper CDC guidelines — and thanks to more states opting into mask mandates.

“As a country, we don’t have the virus under control, but we have more information on what we can all do as individuals — wearing a mask, keeping six feet apart — to keep everyone safe,” Wronski said. “Taking those precautions is what’s allowing businesses to reopen.”

CNBC and SurveyMonkey’s poll also displayed a gender gap. For instance, 51% of women who replied to the survey said their business has remained open during the pandemic compared to 63% of men.

These numbers echo last month’s state of business report by Facebook. In that report, Facebook found that just 71% of female-led businesses were generating income versus 83% of male-led firms.

Other timely data points also indicate a pause for caution may be necessary.

While the president signed several economic orders over the weekend aimed at stimulating the economy, none of them directly affect small businesses. This means that the Paycheck Protection Program — which the Small Business Administration (SBA) stopped receiving applications for on Saturday — is no longer an option for businesses in need of financial support.

The SBA is still operating an emergency relief program for small businesses affected by the pandemic, which could help some receive a much-needed financial boost. Other businesses may be able to tap into clever marketing tactics in order to increase revenue.