Home » Blog » News » Join The Club: Over 75% Of Small Businesses Plan To Give Employees Time Off To Vote, Survey Says

Join The Club: Over 75% Of Small Businesses Plan To Give Employees Time Off To Vote, Survey Says 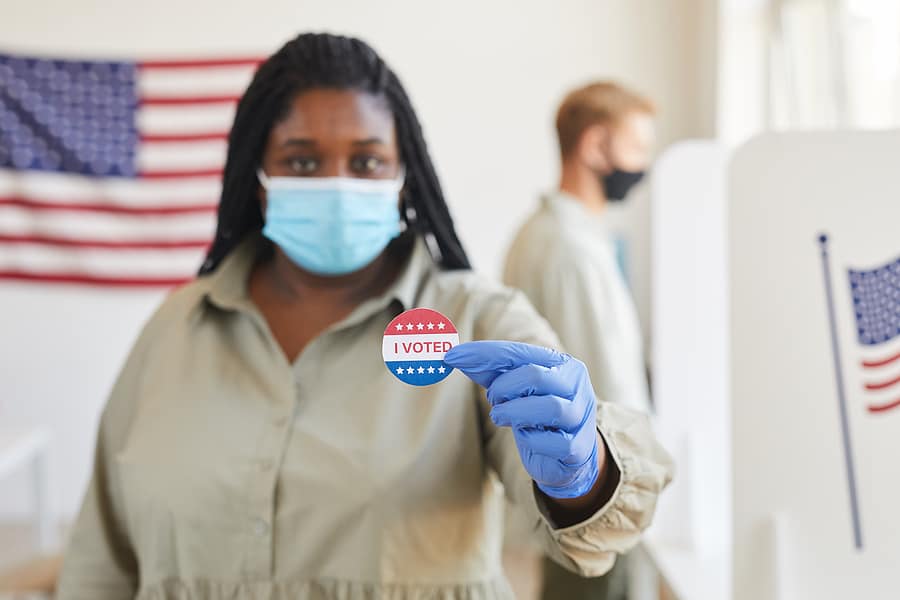 We are nearly one month away from the 2020 Election Day. And while COVID-19 has driven the rise of early voting and mail-in ballots (2 million Americans have already voted), many voters will still be heading to the polls on November 3.

Because the US doesn’t recognize Election Day as a national holiday — unlike some countries such as South Korea or Israel — actually venturing to the polls can be a difficult task for many people who can’t take time off from work. This difficulty has brutally impacted elections in the past. For instance, a Pew Research Center report found that 35% of Americans who didn’t vote in the 2014 midterm elections did so because of scheduling conflicts with work or school.

However, the tide may be changing.

According to survey results released earlier this week by mobile payment company Square and market research firm Wakefield Research, 76% of US small business owners plan to give workers time off to cast their votes in the 2020 presidential election.

Among the owners who are giving time off, 83% plan for paid time off. A smaller number, 26%, said they would be willing to make Election Day a company-wide holiday.

The survey further found that three-quarters of small business owners believe the election has become more important during COVID. Those surveyed also indicated nearly unanimously (96%) that they plan to vote themselves.

Small business owners are also keen to help their employees make informed decisions on Election Day. Square found that 67% of those polled consider it their civic duty to assist their employees in accessing educational voting resources.

Encouraging voting has been a particularity close topic to Square itself. Starting with the 2016 election, Square treats the Presidential Election Day as a company holiday. The company also recently joined Time to Vote, a nonpartisan, business-driven initiative that aims to ensure workers the ability to vote without missing out on a paycheck.

Time Off For Election Day Is Picking Up Steam

It’s not just small businesses that are giving employees time off to vote — a number of bigger organizations have signaled various plans to make it easier for employees to vote this Election Day. The big companies include:

The idea that companies can encourage workers to vote isn’t necessarily new. In 1999, the Detroit auto trio of General Motors, Ford, and Chrysler made Election Day a holiday for union workers after a pact with the United Auto Workers union. However, voter encouragement has gained traction recently as companies aim to become more conscientious of social issues.

Notably, over 750 companies have signed on to ElectionDay.org, an initiative that encourages vote-friendly policies in the workplace. By Merchant Maverick’s count, over 70% of the companies that have pledged vote-friendly policies through ElectionDay.org have fewer than 50 employees, although several bigger brands have added their names, such as Adidas, Lyft, and Dropbox.

“There is a groundswell of interest coming out for this,” Nora Gilbert, director of partnerships for ElectionDay.org’s parent organization Vote.org told the Associated Press in August.

It’s also worth mentioning that while the US doesn’t recognize Election Day as a federal holiday, some states do have laws in places so workers can receive paid or unpaid time off during elections. As an example, Illinois requires companies to give employees two hours of paid time off for shifts that start less than two hours after polls open and end less than two hours before polls close.

Voting is an integral part of the American fabric. As such, it’s important for small businesses to help employees get out and vote.

To assist small businesses in preparing their employees for Election Day, Merchant Maverick has crafted a guide for helping employees vote. For learning about vote-friendly policies for the workplace, check out ElectionDay.org’s primer.