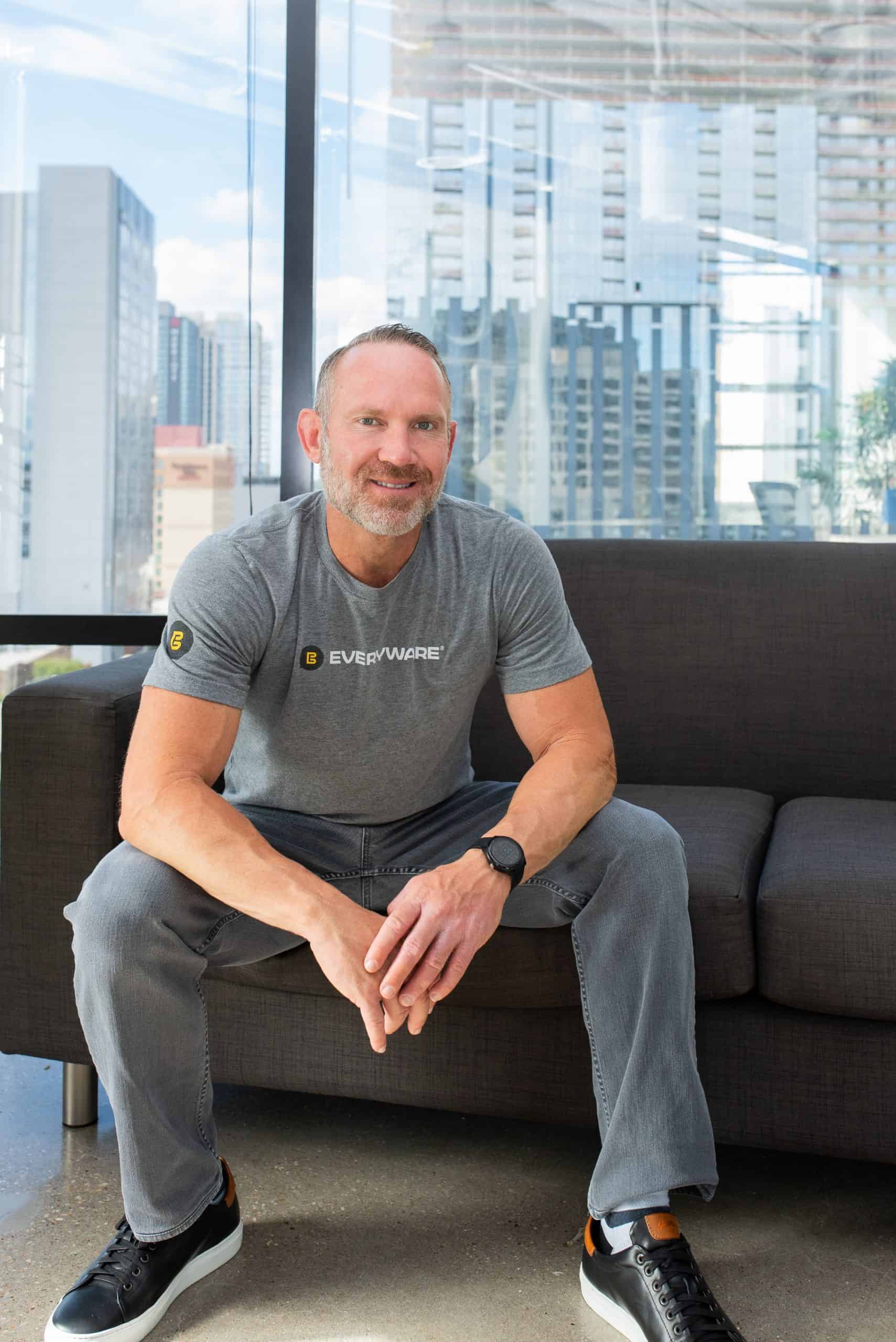 You’d never want to use the word “luck” in the context of something like a pandemic, but the adaptations businesses have made to comply with lockdowns and social distancing have made a powerful case for entrepreneur Larry Talley’s vision.

Talley is the founder & CEO of Austin, Texas-based Everyware, a payment gateway that seeks to address some common pain points in the payment/billing cycle. Talley’s solution is built on an optimistic premise: that many bills, transactions, and customer service inquiries that go unaddressed or unfulfilled aren’t being purposefully avoided. They’re simply getting lost in the shuffle. In other words, have you carefully gone through that pile of mail on your kitchen table? Do you regularly check your spam folder to make sure nothing important is landing there?

It Starts With A “Thank You”

Everyware gets around this by sending a text message receipt with every transaction.

“It can be as simple as a thank you, but what it does is provide a basic communication channel that’s open all the time, 24 hours a day, seven days a week,” explains Talley. “You can always text back your concern or your problem. Or even a positive review.”

Talley, who is a software developer, bootstrapped Everyware and maintains it with a small team of around 25. The company now has customers not only in the US, but in Canada and Mexico thanks to word of mouth and ISO referrals.

“Like most bootstrapped companies, you start with a great idea, but bringing that idea to market is a lot harder than you think,” says Talley, “The idea really goes back to 2015, but it took until about 2017 to really pull it together.”

The kind of text channel Everware helps to create can be used for more than just thanks or communication; it can also be used to initiate payments. This can be done through a link in the text or, if the payer has a credit card on file, simply approving the transaction with an affirmative text message like “YES.”

As a freestanding payment gateway, Everywear can be added to most existing merchant account services.

If you’ve interacted with the medical system in the past few years, or have donated to a political campaign, you probably have an idea of how this works. Many healthcare providers will, for example, send you texts reminding you of upcoming appointments. Afterward, they’ll send you a message alerting you that your bill is now available, usually with a link to their patient portal. Similarly, many political campaigns this cycle have utilized “textbanking” to connect with supporters, alert them about events, and solicit donations. As you might imagine, these have been two of Talley’s biggest sources of customers.

Talley expands on how useful text-based billing can be in the medical industry, “When you go to the hospital, you might have five different doctors and different bills for each. All when you’re going through a tough time in life.” It’s not uncommon for patients to get a bill from one doctor or department, think they’ve completely settled their medical payments, and miss the other bills. The hospital misses out on payments, and the patient starts getting calls from collection agencies. Everyware seeks to eliminate this problem by providing better communication with an easily accessed paper trail.

Thanks To COVID, Everyware Is…Everywhere

Everyware’s niche may turn out to be a lot bigger than politics and medicine when all is said and done. COVID-19 has created an enormous demand for contactless payments. While eCommerce transactions can and have been filling the gaps, they aren’t the only way to replace what would otherwise be over-the-phone card payments. A text-based transaction can not only be used to make many of those payments, but it can do so more securely. Think of it as something like two-factor authentication. Not only are you getting the card’s security features, but you’re also getting it via a phone number and device that have a record of belonging to a specific individual for an extended period of time. This creates less room for fraud than most card-not-present transactions. It also leaves a record of the transaction in a place where it can be easily seen and recovered.

“We’ve signed up a few private airports, so now pilots don’t have to get out of the plane to pay for gas. They can just pay from their phones,” says Talley. Talley sees government and municipalities as big growth sectors, particularly where the court system is concerned. While getting a traffic citation by text may not be a thrilling prospect for most people, Talley anticipates savings from reduced paperwork and fewer unpaid tickets.

There are plenty of other businesses that may find a use for text transactions in our new paradigm.

“With curbside pick-up, pharmaceuticals, online schooling, everything moving toward a model that’s compatible with our platform, it has really accelerated our growth,” explains Talley. “We’re today, a company that’s cashflow positive and high-growth. We’re more or less a platform now rather than just a standalone payment gateway.”