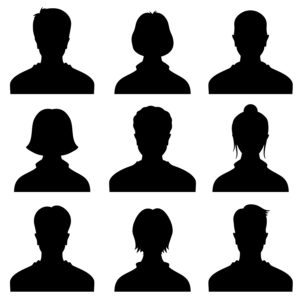 With sites like Amazon showing everyone that eCommerce is the way of the future, we’re pretty sure this lady will never be out of a job. This week, we get to know our next topic ringleader, Liz Hull! Not only is she a published eBook author, she’s also a bilingual indoor rock climbing aficionado. Read on to learn more about Liz!

Education and background: I have a BA in Spanish and English from George Fox University.

Merchant Maverick department/specialty: I work in Merchant Maverick’s eCommerce category. It’s my job to research, test, and review all of the most popular shopping cart software (and a handful of the least popular ones). I also write articles on eCommerce-related subjects like improving your email marketing campaigns and boosting site SEO. 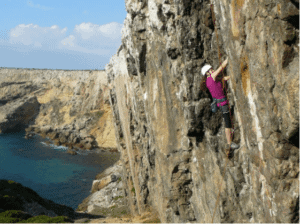 How did you discover Merchant Maverick?: I found Merchant Maverick through personal connections. Bianca Crouse and I actually used to be roommates. She told me all about this internet company she was working with, and after I graduated from university, I sent over my resume.

Proudest professional moment: My proudest moment was probably seeing the finished draft of my eBook, The Beginner’s Guide to Starting an Online Store. A lot of time and energy went into that book, and I think it’ll be a useful guide for brand new merchants.

Favorite Merchant Maverick post/moment/opportunity: Ever since I’ve started working in eCommerce, I’ve been pretty well fascinated with Amazon. I wrote an article awhile back about FBA (Fulfillment By Amazon), which gave me a great excuse to watch ALL of the videos Amazon has ever put out about their warehouse management. I now know entirely too much about Prime shipping.

What do you do when you’re not working for Merchant Maverick?: When I’m not busy typing away, I like to spend my time visiting with friends, cooking, and rock climbing. By “rock climbing,” I mean mostly indoor rock climbing. Rainy Portland doesn’t allow for a whole lot of outdoor excursions, though I’d love to do more outdoor climbing in the future.

Favorite early 2000s song: I was a diehard American Idol fan in the show’s early days, so I’d probably have to say Kelly Clarkson’s “A Moment Like This.”

Favorite ‘90s movie: Toy Story. I was a kid in the 90s, so I was the perfect age for all three of the Toy Story movies. I maintain that it’s one of the best animated trilogies to date. 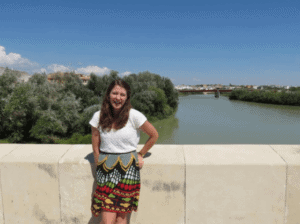 Favorite ice cream flavor?: I spent some time in Spain a couple years ago, and while I was there, my eyes were opened to the world of nut-flavored gelato. I love it all: walnut, hazelnut, pistachio, almond. But the best, by far, is pine nut gelato. If someone could point me to the nearest grocery store that sells it, that’d be great.

What are three items on your bucket list?: Learn another language. Teach English abroad. Perfect the tango.

If you had to pick your theme song, what would it be?: Remember that scene in Disney’s The Emperor’s New Groove when Kronk hums his own stealth music? That.

Mac or Windows?: I use a Mac, but I try to stay away from this sort of fight.

If you could either become invisible whenever you wanted or be able to fly, which would you choose and why?: Every birthday since I was four, I’ve wished to fly. I don’t think I could ever pass up the opportunity.

If anyone knows where to get pine nut flavored gelato, give Liz a shout on Twitter or LinkedIn. We’ll be too busy trying all the other flavors she mentioned and planning our next rock climbing lesson!

Get caught up on the rest of our Team Bio Series posts and stay tuned for more!