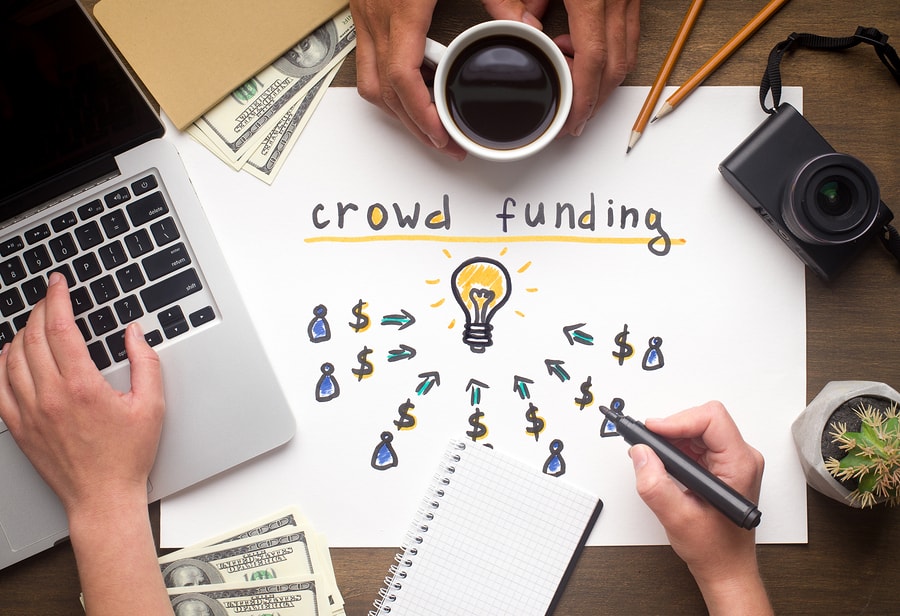 I doubt you’ve noticed, but over the past decade, crowdfunding has become a bona fide economic and cultural phenomenon. A report from 2015 found that crowdfunding had raised $35 billion — a figure that has undoubtedly grown significantly in the time since. Crowdfunding’s public profile seems to grow by the day, with high-profile crowdfunding campaigns for medical emergencies, board games, controversial political figures, and clickbait-ready projects such as the RompHim becoming viral stories unto themselves.

Crowdfunding’s effects have been felt far and wide, and while they have facilitated the raising of capital for companies and causes that might otherwise struggle for funds, crowdfunding websites have also been blamed for everything from accelerating political polarization to the decline of IPOs.

What gets lost in the shuffle is that the term “crowdfunding” encompasses fundamentally disparate fundraising methods, grouping them under the same banner despite important practical and legal distinctions. I see a need to clarify things by drawing some distinctions between the different types of crowdfunding. I’ll be highlighting the implications of these differences for entrepreneurs and businesses looking to tap the coffers of The Crowd. Different methods befit different ventures, and we here at Merchant Maverick wouldn’t want you to go barking up the wrong crowdfunding tree, wasting precious time and energy.

Let’s zoom in on the categories into which these platforms fall: rewards, equity, debt, and donation crowdfunding. 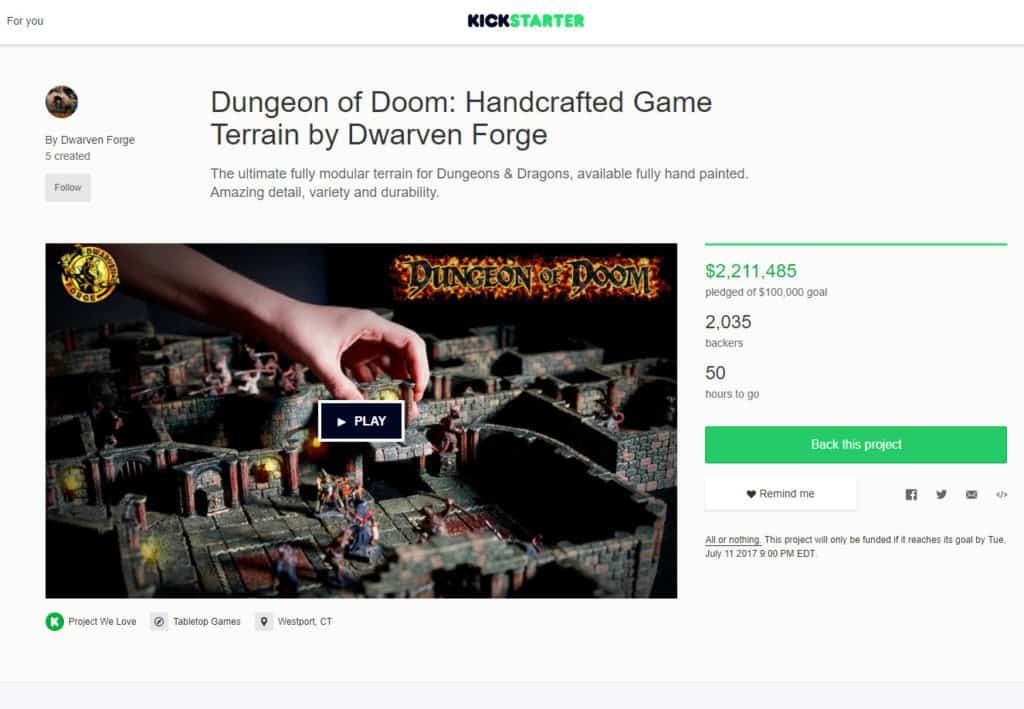 Kickstarter is an example of a pure rewards crowdfunding site. Kickstarter requires that your venture offer tangible rewards to your backers — it’s not optional. The very first rule on its Rules page states, “Projects must create something to share with others.” In Kickstarter’s vision of rewards crowdfunding, the reward is an integral part of the project, not just a side benefit of supporting a campaign. That’s why Kickstarter is an ideal crowdfunding platform for creative projects involving gadgets. All manner of tech projects, from 3D printers to Apple Watch chargers to hoverboards, have found fundraising success with Kickstarter.

Another genre of business projects well-suited to rewards crowdfunding is tabletop gaming. In fact, board game campaigns have become so popular that the current renaissance in elaborate, art-heavy board games is primarily attributable to Kickstarter.

Another big player in the rewards-based crowdfunding field is Indiegogo. Unlike Kickstarter, however, campaigners are not required to provide rewards to backers — it’s merely an option.

As it happens, Indiegogo is a great place from which to originate a rewards crowdfunding campaign, particularly in the realm of technology and design. If you’re thinking about launching a rewards crowdfunding project and you’ve got something cool to offer potential backers, Kickstarter and Indiegogo are the first places I’d recommend looking. Given Kickstarter’s unmatched ability to draw site views and its second-to-none media outreach, this platform may be the most desirable for a rewards campaign. However, Kickstarter is also relatively exclusive, and many projects have found crowdfunding success with Indiegogo after having been rejected by Kickstarter. This same openness and lack of vetting also mean that in backing an Indiegogo project, you run a higher risk of not getting your promised reward than you do when supporting a Kickstarter project.

Indiegogo is a great platform for film projects as well, having been initially launched as a platform for indie filmmakers to raise money.

Platforms such as Patreon provide an alternate form of rewards crowdfunding: one based on recurring contributions from subscribers (referred to by Patreon as “patrons”). With Patreon, creators can raise money for more than just a single product release or event. Patreon allows them to raise funds on an ongoing basis — either per-month or per-creation — from fans interested in supporting them as creators.

Indiegogo also includes a recurring-funding platform (called InDemand). Unlike with Patreon, though, only projects that have already completed a successful initial crowdfunding campaign (though not necessarily with Indiegogo) are eligible to use InDemand.

Rewards crowdfunding platforms typically keep about 5% of what you raise as a platform fee, and the payment processor will take an additional cut — generally around 2.9% + $0.30 per donation.

Now let’s take a look at some additional crowdfunding methods. 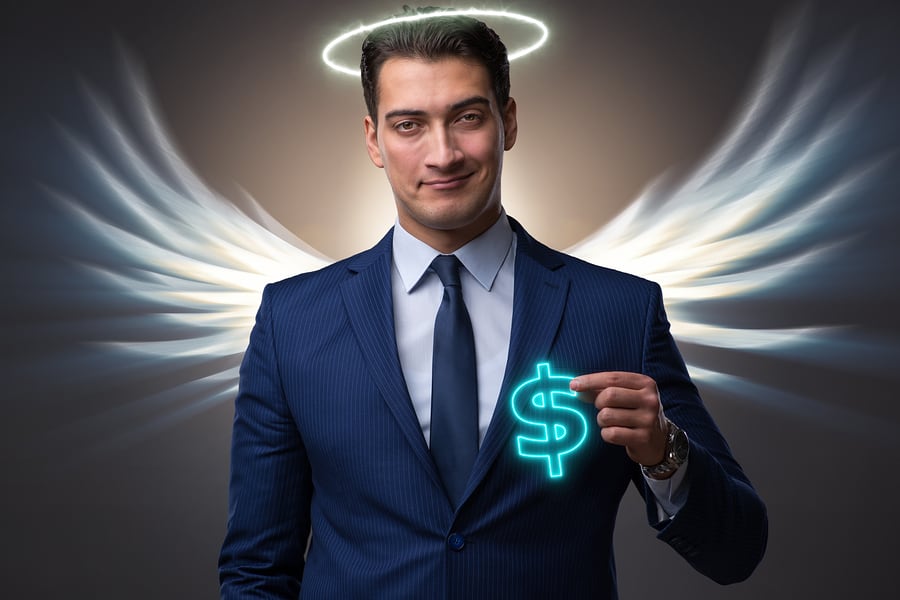 For a long time, due to the inherently risky nature of such investments, there was no legal way to conduct an equity crowdfunding campaign. Enabling the existence of such campaigns was the main impetus for the passage of the JOBS Act. Conceived in the wake of the 2008 financial crisis (which dramatically decreased access to capital), the JOBS Act was signed into law in 2012. Among other things, the Act legalized the advertising and solicitation of securities, thus permitting companies to offer equity to investors in public campaigns. Here’s where things get a little complicated.

Equity crowdfunding for non-accredited investors is a much newer field, and it may take some time before all the nuances are fleshed out, and definitive statements can be made about the nature of the industry. However, companies such as Wefunder are now active in this realm, blazing a trail for other equity-crowdfunding-for-the-masses platforms to follow.

Debt crowdfunding bears some similarities to equity crowdfunding. Both involve investing in the security of the company in question. The difference is, instead of receiving shares of the company in the hopes of getting a slice of future profits, the investor gets paid back on a fixed schedule with interest. Basically, instead of borrowing from a bank, you’re borrowing from a crowd of investors.

“Crowdlending” is a good option for a business with a defined need for money, a strategy for what to do with it, and a plan to pay it back. It doesn’t have quite the same novelty as rewards and equity crowdfunding, and it’s probably not the best option for you if you’re the creator of some buzz-worthy gadget or the CEO of some early-stage venture with the potential for exponential growth.

Not every business is going to be eager to take on new debt, so it’s less attractive than other forms of crowdfunding in that respect. However, strictly in terms of your likelihood of achieving funding success, debt crowdfunding is likely the safest bet of the three, as crowdlending sites don’t make your funding dependant on your cause’s virality. 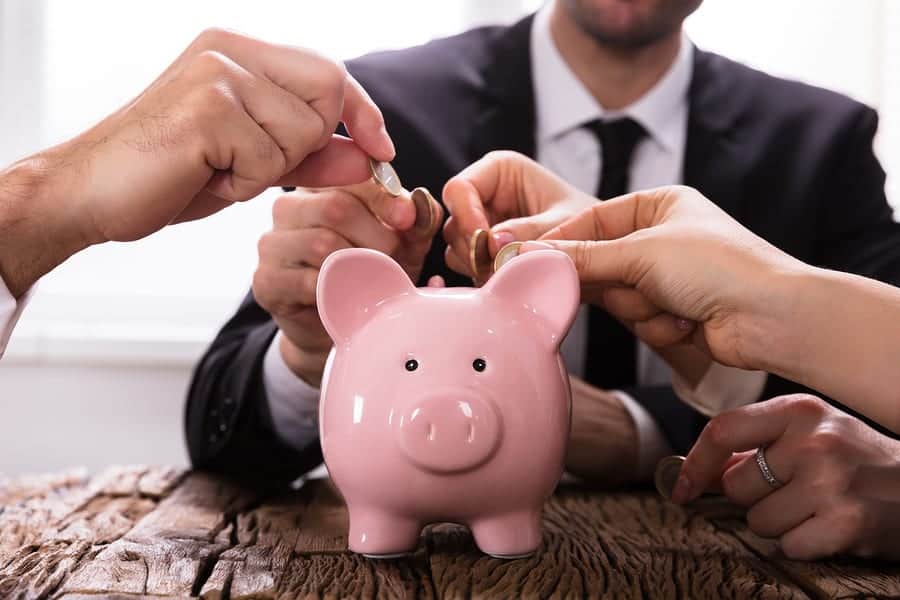 Even if you’ve never heard the term “donation crowdfunding” before, you almost certainly know what it is. You’ve probably either heard about or donated to somebody’s GoFundMe campaign — perhaps to cover the medical expenses of a loved one. Maybe you’ve even had to launch such a campaign for yourself in a time of hardship. Either way, the vast and ever-expanding ocean of unmet human needs in the US (and elsewhere) should ensure that platforms such as GoFundMe and Mightycause will continue to grow in popularity.

So if donation-based crowdfunding is primarily used to raise funds to recover from a personal emergency or for another charitable cause, why am I discussing donation crowdfunding in an article about business crowdfunding? Well, as it turns out, businesses can raise money on platforms such as GoFundMe. Go to GoFundMe’s Business page, and you’ll see numerous examples of businesses that have raised significant sums of money — often tens of thousands of dollars — on the platform.

One benefit of crowdfunding on sites such as GoFundMe and Mightycause is that these sites do not charge a platform fee. The only fees deducted from what you raise are payment processing fees.

Of course, not just any business fits into the GoFundMe style of crowdfunding. If your business has a heartwarming story behind its creation, is devoted to helping the community or furthering social justice, is a nonprofit organization, or otherwise has a compelling, empathy-based case to make for itself, you may find funding success with GoFundMe. Take note of the nature of the business projects that have done well on GoFundMe and think about whether your project is appropriate for the platform. Otherwise, go with another form of crowdfunding.

With GoFundMe, you can offer rewards to backers as part of your campaign, technically making GoFundMe a platform for both donation and rewards crowdfunding. However, donors to GoFundMe campaigns are rarely motivated solely by the desire for a product or reward. A tech outfit looking to fund its latest gadget release is, in most cases, more likely to find success with Kickstarter or Indiegogo than with GoFundMe.

Too much of the capital in our world is held under lock and key by big rent-seeking institutions — precisely where it does the least good. Crowdfunding bypasses those stingy institutions by directly connecting businesses needing funds to those with money who stand to gain something — whether physical, financial, or emotional — through said businesses’ success. I’ve given you a rundown of the four primary ways to conduct crowdfunding. No single one of these methods can be said to be best for everyone. The best way I can break it down is like this:

Crowdfunding gives you the ability to raise funds without getting down on your knees and pleading to some impersonal bank. For that, we can all be grateful. It’s still a relatively young industry, however, with new developments occurring at a rapid pace. Thank goodness you have Merchant Maverick to keep you updated about the latest developments, eh?