Home » Blog » Payroll » What Is Hazard Pay & Should You Be Paying It?

What Is Hazard Pay & Should You Be Paying It?

Hazard pay isn't federally mandated but it is becoming increasingly popular in local legislation. Find out if you should be offering hazard pay to your employees. 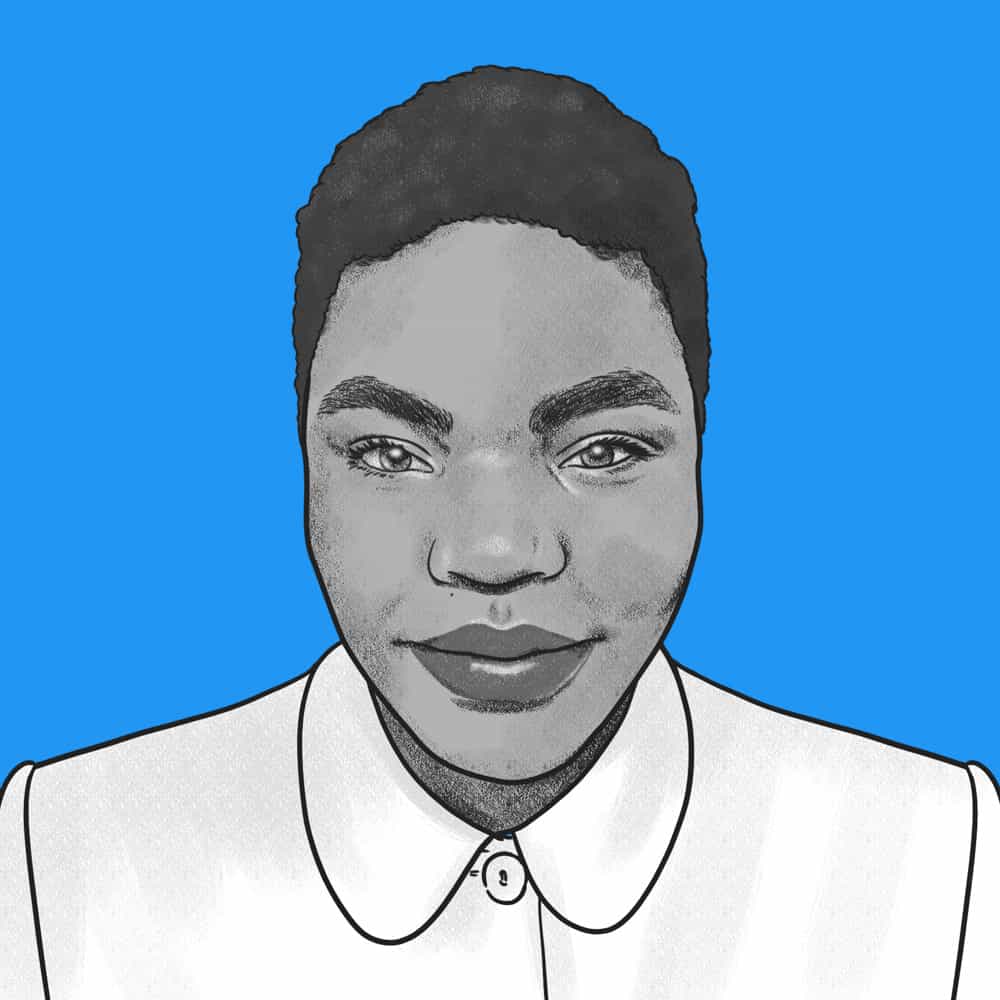 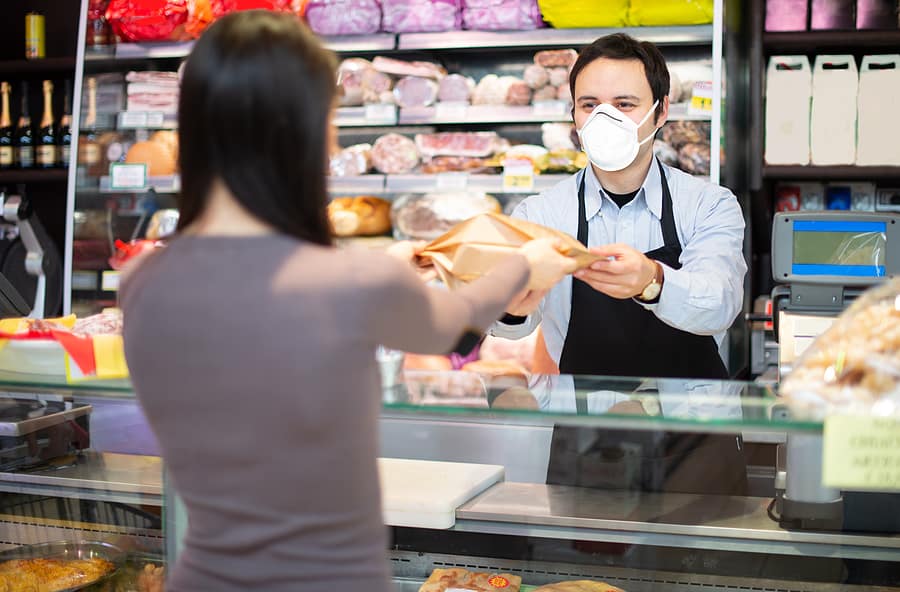 Should you offer hazard pay? If your employees work in hazardous conditions, including those that may cause physical hardship or result in serious injury due to accidents, this is a question well worth considering. Whether or not a private employer should offer hazard pay can be a gray area, because it’s not generally required. However, hazard pay’s (frankly, shocking) lack of federal regulation doesn’t mean that private employers are free to write off the issue. The COVID-19 pandemic brought the issue of hazard pay into the public spotlight and spurred many local governments to action, with hazard pay ordinances popping up in 49 states.

Although the vast majority of these ordinances have expired, the issue of hazard pay is still on the table, especially for employees who perform in hazardous conditions outside of COVID-19. So, where does that leave private employers and their employees? This guide will break down the issue of hazard pay for private employers and provide an explanation of when hazard pay is required (and when it may be applied proactively). Here’s what you need to know.

What Is Hazard Pay?

According to the U.S. Department of Labor, hazard pay is any additional wage earned by an employee performing hazardous work that causes extreme physical hardship or distress that can’t be mitigated by protective equipment.

How Does Hazard Pay Work?

There is no federal law that requires private employers to pay employees hazard pay. However, many federal and state employees earn hazard pay depending on the position. The Fair Labor Standards Act (FLSA), which covers federal laws regarding pay (and lots of other important labor laws), doesn’t actually discuss hazard pay, except to mention that hazard pay must be included when calculating a federal employees’ overtime pay rate.

Without a federal law requiring private businesses to offer hazard pay, some state and local governments have enacted hazard pay regulations. However, hazard pay requirements are far and few between. As a result, private employers have the freedom to offer employees hazard pay at their discretion. Private employers may also control hazard pay protocols, including pay rate, schedule, and eligibility.

Hazard pay can be paid out in various ways, including as a percentage of an employee’s standard wage, as a flat dollar rate, or per period. For example, Seattle’s hazard pay ordinance requires grocery stores to pay an extra $4.00 per hour to employees who work during the COVID-19 emergency. Alternatively, Texas’s hazard duty pay for law enforcement officers is set at $10 a month.

When Do You Have To Pay Hazard Pay?

Whether you are required to offer this benefit or not depends solely on your location. As there is no federal law that requires private employers to offer hazard pay, you must comply with your local or state-level laws on the matter.

Hazardous conditions fall under two categories: physical hardship and hazardous duty. Physical hardship involves work that results in extreme physical discomfort and cannot be relieved by protective equipment or devices. Hazardous duty involves work that is performed in a setting or circumstance that can result in severe injury or a fatality if an accident occurs. Below, you’ll find a list of common hazardous conditions.

The Bureau of Labor Statistics tracks job fatalities and injuries. With their records, it’s easy to scope out the jobs that may be considered the most hazardous. The following jobs ranked high on the list when it comes to employee injuries and fatalities:

How Much Is Hazard Pay?

The hazard pay benchmark set by the federal government is a 25% hazard pay differential, so that employees earn their regular wage plus a quarter of their regular wage. For private employers, hazard pay rates are determined by local laws. That said, hazard pay can range from an additional few cents per hour worked or a one-time payment of a few thousand dollars. Depending on your industry, you may work with unions to negotiate a set hazard pay rate. You may also need to research the hazard pay rates that your competitors offer, to ensure that employees are incentivized to work with your business. All in all, hazard pay is a mixed bag, largely due to the fact that it’s non-regulated by government entities.

Federally, the FLSA requires that hazard pay must be included as a part of a federal employee’s normal pay rate when calculating overtime pay. For private employers, there are very few legal requirements associated with hazard pay. If your locality requires hazard pay, you must follow the terms outlined in the hazard pay mandate. Additionally, any hazard pay that is paid out to a tax nonexempt employee must be reported and records kept for the payments.

The following is a non-exhaustive list of the states and localities that have enacted some form of hazard pay mandate throughout the course of the pandemic. If your state or locality isn’t on the list, it’s not a guarantee that you are not required to offer hazard pay, so again, check your local laws!

* Please note that some of the mandates have since expired or may have been extended.

You can find a detailed look at hazard pay requirements by state and local government levels at AmericanActionForum.com.

Every employer covered under the FLSA is required to keep records of hazard pay for any employee who receives it, unless the employee is tax-exempt. Payroll records must be kept for a minimum of three years and wage computation records, including additions like hazard pay, must be kept for a minimum of two years. Employers must include differential wages, such as hazard pay, on employees’ Form W-2 or another appropriate tax form.

The COVID-19 pandemic caused many local governments to consider legally requiring hazard pay — temporarily. And they did. As a result, there are many California cities and towns that passed laws regarding mandatory hazard pay. According to records from the Berkeley Labor Center, there were 30+ California cities that temporarily required hazard pay, including Berkeley, Irvine, Los Angeles, San Francisco, and many more. Beyond California, Seattle and Maryland are among those locales that have instituted hazard pay (though Maryland deems it “response pay”) mandates during the pandemic.

Even in those locations with hazard pay requirements, only a limited group of employers were required to offer hazard pay. For example, Seattle’s hazard pay ordinance applies only to grocery businesses with more than 500 employees worldwide.

Hazard pay should be regulated, if not mandated, in the private sector to better serve both employers and employees. There’s no question that hazardous jobs deserve hazard pay. The real question is: How do we go about regulating hazard pay?

The Congressional Research Service’s Hazard Pay Insight White Paper does a great job at outlining the issues associated with hazard pay regulation, and ends on this final note:

“Absent federal government intervention, some wages paid to essential employees might increase in response to market forces. A few employers have opted to increase pay for certain employees who are working during the pandemic, but coverage is often short-term and uncertain. If employees in the highest- risk sectors are not compensated for the added risk, they may seek alternative forms of employment, or choose to exit the labor market.”

With this in mind, federal regulation of hazard pay is a prominent labor issue that will likely see legislation in the near future.

Expert Analyst & Reviewer
A New York native, Davina earned her BA in English from SUNY Geneseo in 2018. After graduating, she began her career as a freelance writing generalist before finding a niche writing about SaaS. Davina unironically enjoys testing and reviewing software on her free time but otherwise can be found oscillating between hobbies every few weeks or so — most recently, longboarding.

Try A Top Pick For Payroll

We like ADP Payroll for its advanced employee management, strong payroll features, and great customer support. Get three months free when you sign up through our links! Get Started.

Try A Top Pick For Payroll

We like ADP Payroll for its advanced employee management, strong payroll features, and great customer support. Get three months free when you sign up through our links! Get Started.

ADP Payroll is an industry-leading brand. Run payroll on any device with taxes, compliance & reporting built-in.

FreshBooks accounting is offering 60% off of their accounting and invoicing software for six months and a 30-day free trial. 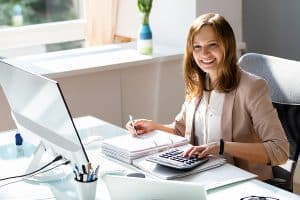 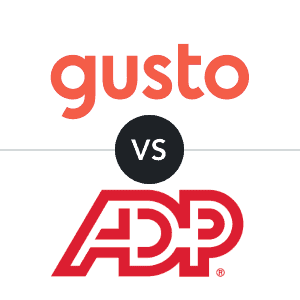 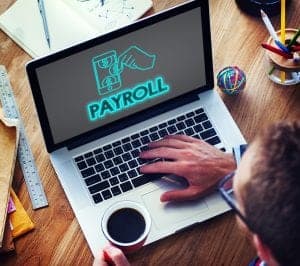 Everything You Need To Know About Small Business Payroll 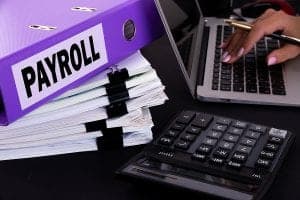 How To Do Payroll Yourself For Your Small Business

Read More
Apr 13, 2022 Filed under: Payroll, Small Business
Sign Up For Our Newsletter

Our Featured Payroll Solution ADP is an industry leader that our experts endorse.