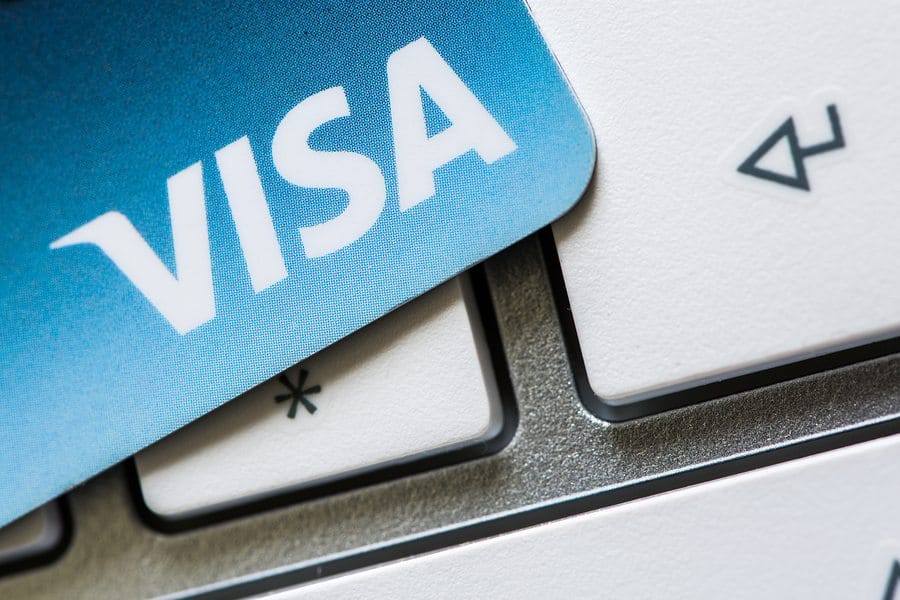 No one likes paying extra fees, especially merchants who have to pay them as part of maintaining a merchant account so their customers can use credit cards. Extraneous, poorly-disclosed fees are the bane of the processing industry, and it seems like the various entities involved in credit card processing come up with a new way to take a little more money out of your pocket every time your monthly statement comes in.

In this article, we’re going to discuss just one of those pesky fees – the Visa International Service Assessment (ISA) fee. You might think that, as a US-based merchant, you don’t have to worry about this charge. However, you can still end up paying it even if you don’t do business outside of the United States. In fact, this fee applies explicitly to transactions that occur within the US, but are paid for with a Visa-branded credit or debit card issued by a foreign bank.

What Is An ISA Fee?

Visa’s International Service Assessment Fee (“ISA fee”) is a fee merchants incur whenever a customer pays with a credit card issued outside the US. The ISA fee does not cover any exchange or conversion fees.

When Is the Visa International Service Assessment Fee Charged?

Any transaction between a US-based merchant and a non-US-based card issuer is subject to the International Service Assessment fee. The fee applies whether a debit or credit card is used, and whether the transaction is card-present (i.e., retail) or card-not-present (eCommerce or manually entered). If you’re an eCommerce merchant, you’ll be charged the ISA fee whenever your foreign customers make a purchase using cards issued in their home countries.

For retail merchants, the most common example of the application of this fee would be when a foreign tourist visiting the United States uses their credit card to make a purchase. However, the citizenship of the customer is not a factor in determining whether this fee applies. While in most cases people have cards issued by financial institutions located in the same country they reside in, there are other possibilities. Here’s an example: Let’s say an American citizen is living and working in Germany. He has cards from both a US bank and a bank in Germany. If he uses the card from the German bank to make a purchase from a US-based merchant (either in person or online), the ISA fee will be charged because Visa has to coordinate with the German bank to process the transaction.

How Much is the ISA Fee?

When Visa first began charging the International Service Assessment Fee (ISA) in April 2008, it set the fee at a flat 0.40% if there was no currency exchange involved. With a currency exchange, the fee was doubled to 0.80%. Note that this is in addition to the standard interchange rate that would apply to the transaction. On April 18, 2015, Visa raised the ISA fee significantly. Without a currency conversion, the fee has now doubled to 0.80%. With a conversion, it’s now 1.20%.

Visa’s rationale for this fee was that it required extra effort to process a transaction through a foreign bank than through a domestic one. While this might be true, the real reason for the extra fee is more likely to be the additional risk associated with transacting with a foreign bank. Let’s be clear: this isn’t always a valid concern. Yes, plenty of banks around the world aren’t as stable and secure as those in the United States. However, there are many more – particularly in Europe, Canada, and Australia – that are regulated just as strictly (if not more so) as those in the US. Naturally, it’s easier for Visa to apply a blanket fee to all affected transactions rather than singling out individual countries or financial institutions according to the actual risk.

What About the Visa International Acquirer Fee (IAF)?

Yes, that’s right: there are actually two extra fees that Visa charges for using a foreign-issued card in the US. The Visa International Acquirer Fee (IAF) was first implemented in October 2009, and it applies under the exact same circumstances as the Visa International Assessment Fee. This fee is fixed at 0.45% and is in addition to the regular interchange rate and any other fees that may apply.

Who Pays the International Assessment Fee?

From a merchant’s perspective, it might seem fair for the customer to have to pay this additional processing cost. Sorry, merchants, life isn’t fair – and neither is this fee. Since Visa has no way of billing you directly for the ISA fee, they charge it to your processor instead. In most, but not all, cases, your processor will then pass the cost on to you, and it will show up as a separate charge on your monthly merchant account statement. Passing the expense on to you will depend on two factors: 1) what type of pricing plan your processor uses, and 2) whatever policy your processor has regarding additional fees that don’t apply to most transactions.

If you’re on an interchange-plus pricing plan (which we recommend in most cases), you’ll pay the ISA and IAF fees on top of both the standard interchange rate and whatever markup your merchant account provider charges you for each transaction. Because interchange-plus rates are generally low, these fees can more than double the cost of processing a transaction.

Tiered pricing plans work a little differently. Your processor might pass the fees on at cost, or they might downgrade your transaction and charge you a nonqualified transaction rate. You can bet that if they choose the latter method, it’s because it will result in a higher overall processing cost. In other words, they’ll actually make a slight profit off the fee that they’re passing on to you. This is one of many reasons why we recommend you avoid tiered pricing plans if at all possible.

If your provider uses a flat-rate pricing plan (such as Square) or a subscription-based pricing method (such as Fattmerchant), there’s a decent chance that you won’t have to pay a separate fee for international transactions. And if you do, it will almost certainly be passed on at cost, without any additional markup. The best way to find out how your provider handles these types of fees is to consult your contract documents. Your liability for international transaction fees such as the Visa ISA fee should be spelled out in the Terms and Conditions portion of your contract. Be aware, however, that there might not be a specific mention of the Visa International Service Assessment fee. Instead, you might find a clause stating that “other fees” may be passed on to you at the provider’s discretion.

In case you haven’t already noticed, we now live in the age of a globalized economy, where technological advancements (including the internet) have broken down many of the barriers that previously limited international commerce. Transactions between US-based merchants and international financial institutions are becoming more common all the time, and this trend will only continue to grow in the future. Extra fees for processing card transactions across national borders are, unfortunately, probably here to stay also.

In evaluating the fairness of the Visa International Service Assessment fee, we’ve come to the reluctant conclusion that, yes, this fee probably is justified by the additional risk associated with international transactions. However, we also feel very strongly that the current amount that Visa is charging is disproportionately high in relation to the actual value of the service provided. We also believe that charging two separate fees (the ISA and IAF fees) for the same thing is also fundamentally unfair to merchants.

Unfortunately, there’s no easy way to avoid paying this fee in most cases. eCommerce merchants rely on international customers to add to their sales, and would probably lose more money by cutting them off than they would save by avoiding this fee. Retail merchants, who in most cases will only have to pay the ISA fee occasionally, are unlikely to be aware that they’re accepting a foreign-issued card at the time of sale. Visa isn’t the only card association charging extra for international transactions, either. Mastercard charges a Cross-Border Fee under the same circumstances, and the other major credit card brands also charge similar fees.

So, while we don’t like Visa’s International Service Assessment fee, we have to admit that it’s just another “cost of doing business” that you’ll have to pay to serve an international client base. For more details on the various interchange fees that Visa charges, check out the current version of their interchange reimbursement fees document.