Home » Blog » Business Loans » PPP Round 2: Main Differences Between The First & Second Round Of PPP Funding

PPP Round 2: Main Differences Between The First & Second Round Of PPP Funding 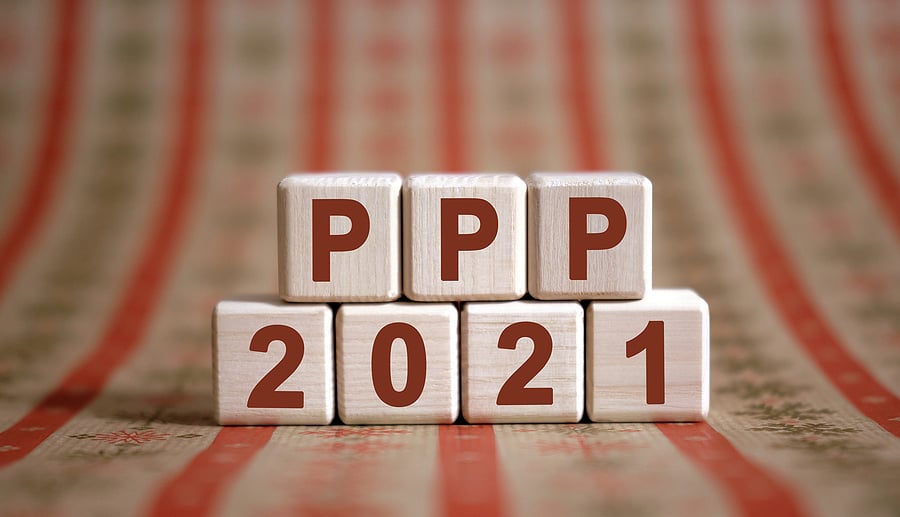 May 5, 2021: The SBA has stopped accepting PPP applications due to lack of funds. The SBA will continue to fund outstanding applications that have been already approved.

Explore your other loan options with our top ten lenders or visit the lending marketplace Lendio to get matched with the best offers for your business.

The popular, if somewhat messy, Paycheck Protection Program is back thanks to the stimulus package passed on December 28, 2020.

Guidance for the new and improved program was released January 6, 2021, with the program expected to be online by January 21. With thousands of small businesses under unprecedented stress, you can expect demand for these programs will be extremely high.

If you missed the program last time, or are someone who participated and is wondering what changed, we’ll break it all down for you below.

PPP Round 1 VS Round 2: Key Differences

There’s a lot about the PPP program that isn’t substantially changing, so unless we explicitly point out a rule change, it’s safe to assume that the language is the same for both rounds of PPP — or it’s a niche case that won’t apply to the majority of applicants.

Some Businesses Can Get A Second PPP Loan

The biggest change to Round 2 of the PPP is that it now distinguishes between first and second draws. Yes, this means that some businesses that previously received a PPP loan can get a second one.

The qualifications on a second draw are more strict, however, as it’s intended to target the small businesses that have been most harmed by the economic fallout from COVID-19. Where the rules of the first and second draw differ, we’ll point it out in the following sections.

There are some changes that apply mainly to second draw PPP loans.

Second draw loans are more tightly targeted than the first draw. In addition to qualifications governing the first draw, you’ll need to also demonstrate that your business has had a revenue reduction of at least 25% in at least one of your quarters. You’ll also need to have fewer than 300 employees. Publicly traded companies will also be ineligible.

Funding amounts differ depending on whether this is your first or second draw.

The formula for the amount you can borrow is the same as for first draw PPP loans with a few exceptions. First, the loans are capped at $2 million rather than $10 million. Second, businesses in the accommodation or food service industries can borrow up to 3.5x their monthly payroll rather than 2.5x, assuming this amount isn’t greater than $2 million.

Some good news on this front. The loan forgiveness process should be easier for most businesses. The payroll requirements for full loan forgiveness haven’t changed: you’ll still need to retain your staff and spend 60% of your PPP loan on payroll expenditures.

However, there are now more qualified expenses that you’re allowed to spend the remaining 40% of your loan on without risking loan forgiveness. In addition to the previously approved expenditures (rent, utilities, etc.), you can now spend the non-payroll portion of your loan on:

You may also be happy to hear that the long-promised simplified loan forgiveness form for businesses borrowing less than $150,000 has been approved by Congress, and will be made available in the coming weeks. Note that businesses that get a second draw will need to prove they’ve lost at least 25% of their year-to-year revenue, regardless of whether they’re using the simplified form.

Previously, businesses that had received both PPP loans and EIDL Advance grants had to deduct the amount they received in the grant from the amount of their PPP loan that could be forgiven. Round 2 does away with this.

Many very small businesses complained that the first round of PPP funding favored bigger businesses. In an effort to address this issue, round 2 has set aside a portion of the PPP funding specifically for businesses with 10 or fewer employees, women and minority-owned businesses, and loans made by community lenders.

Who Is Offering Round 2 PPP Loans?

As was the case with the previous round, PPP loans are not going to be offered directly through the SBA, but through the SBA’s partnered lenders. However, some lenders who participated in the first round may not participate in the second.

If you’ve been reading Merchant Maverick’s lender reviews for 2020, you may have noticed that many of them suffered a hit to their customer reviews due to complications administering PPP loans. While many lenders will be back for the new round, don’t assume that the lender you worked with during 2020 will be taking applications in 2021.

Want to learn more about the PPP program? Check out our in-depth resources.