A General Guide To Filing For Bankruptcy For Small Businesses 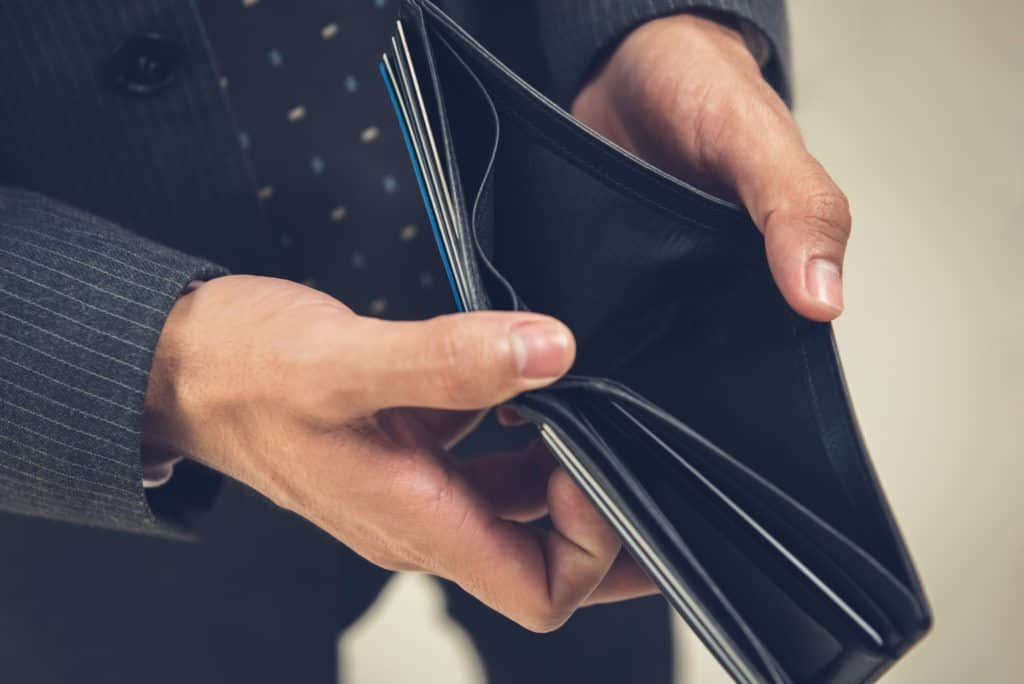 Inability to meet your expenses is one of the most frightening things you can experience as a business owner. When you have no reasonable hope of getting your head above your water, it may be time to consider filing for bankruptcy.

Bankruptcy comes in a variety of forms that we’ll cover below, but broadly speaking, bankruptcy is a formal, legal declaration that you’re unable to pay debts. In the U.S., there are several different types of bankruptcy, all of which have their own rules and processes. Of those, the ones most likely to apply to you (as a small business owner) are Chapter 7 and 13 (and more rarely Chapter 11).

There are, of course, drawbacks to declaring bankruptcy. You stand to lose assets, and you’ll probably have a harder time accessing credit for years.

Bankruptcy law is outlined in the United States Code under Title 11. The different types of bankruptcies, referred to as “chapters” after their location in the document, are as follows:

Rationales For Filing A Bankruptcy

Debt might be one of the most poorly understood financial topics. Conventional wisdom dictates that paying back your debts (plus all accumulated interest) is a moral–if not civilizational–imperative. As reasonable as that sounds at first, it’s actually a pretty absurd idea. The system only works because both the borrower and the lender take on risk when they agree to the terms of a loan.

Lenders have options for damage control when it comes to bad debt. For example, they can write debt off in their taxes and sell it to collections agencies. You, as a borrower, have bankruptcy protections. In short, you’re doing something so common it’s almost banal.

Strictly speaking, you don’t need to have a lawyer to file bankruptcy, and there are numerous resources online that can walk you through the process of navigating your state’s bankruptcy system step-by-step. Costs vary depending on where you’re located, but filing without a lawyer can save you a lot of cash. Expect to put a lot of research time in if you decide to file on your own. If you’re filing Chapter 7 as an individual, for example, you’ll want to know which of your assets are exempt from liquidation. Due to its greater complexity, it’s much harder to successfully file Chapter 13 without a lawyer than it is to file Chapter 7. You can find the forms on the United States Courts government site.

While you can file on your own, your chances of success rise substantially if you hire a bankruptcy lawyer. A lawyer can walk you through important questions—such as what debts are dischargeable— help you determine what “chapter” bankruptcy to file, advise you how to fill out forms, and even tell you whether or not it’s a good idea to file in the first place. Lawyer fees vary greatly, but on average will range between the mid $100s to the mid $1,000s.

Legal and filing costs may vary depending on the type of bankruptcy you file for. Expect higher costs filing for Chapter 13 than Chapter 7, for example.

If you find yourself in a Catch-22 where you’re so cash-limited that you can’t afford these fees, you can qualify for pro bono counsel if your income is less than 150% of the poverty line.

Here’s a side-by-side comparison of Chapter 7 and Chapter 13 bankruptcy:

Bankruptcy is probably one of the last things you want to think about. But as unpleasant a prospect as it can be, businesses regularly fail. If that happens, don’t be afraid to look into bankruptcy and give yourself a fresh start.

The Best Line of Credit Options for 2022

See our expert's shortlist of line of credit providers to help keep your business flowing.

National Business Capital is one of our top picks for Business Financing!

National Business Capital is a free-to-use marketplace that allows you to compare lenders side-by-side.