Pivoteers & Pioneers: How Technology Is Adapting To The Post-Covid World 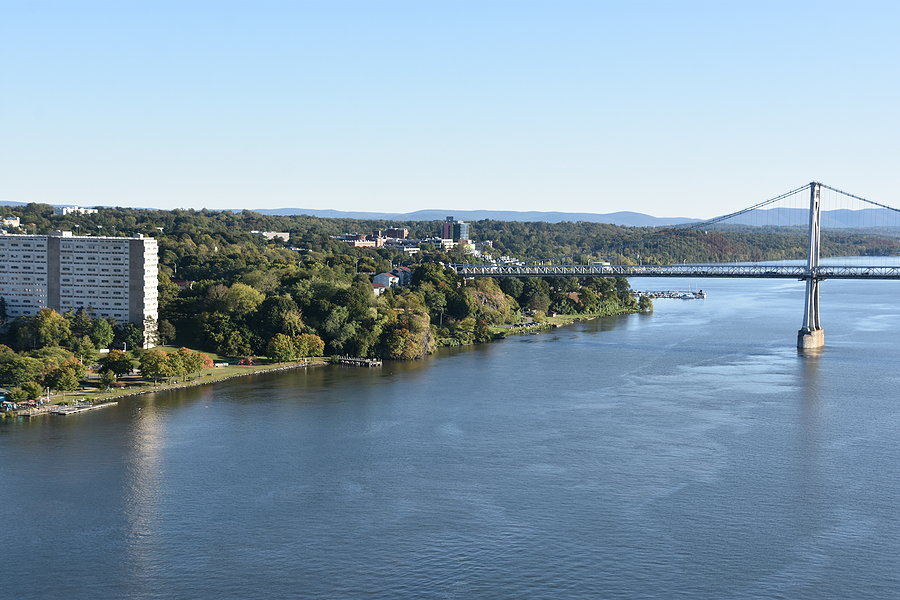 In a recent installment of her Pivoteers & Pioneers series, Yulia Ovchinnikova invited the founder of Silicon Harlem, Clayton Banks, to speak to a business audience an hour and change north of Manhattan. Banks has been developing Harlem’s technology hub since 1994, a feat Ovchinnikova has been trying to replicate in her area through her business, the OpenHub Project.

Before Silicon Valley came to dominate the industry, another valley on the opposite coast was home to the nation’s burgeoning tech industry. At its peak, IBM employed over 7,000 workers at its plant in Kingston, a small city in New York’s Hudson Valley about halfway between New York City and Albany. Twenty miles down the Hudson River in the City of Poughkeepsie, IBM established laboratories for research and development. While not all of that infrastructure is gone — reports of IBM’s demise have been greatly exaggerated and, in fact, they’re doing some intriguing work on quantum computing in the region — the Hudson Valley’s reputation as a technology corridor has largely been consigned to the past. But it won’t remain there long. Not if Ovchinnikova, who operates out of Newburgh, has anything to say about it.

Ovchinnikova, who holds a Ph.D. in Economics from the Russian Academy of Science and an MA in Applied Mathematics and Computer Science from Moscow State Technical University of Electronics & Mathematics, has made a mission of revitalizing her adopted home’s tech industry. Since 2017, OpenHub, in collaboration with SUNY Ulster, has offered web development boot camps, an afterschool coding program for girls in the City of Newburgh, IT professional certifications, and frequent special events designed to bring existing tech workers together. The group’s mission? Building a strong, accessible technology hub for the region’s businesses, schools, and governments.

In October 2019, with the help of local sponsors, OpenHub held its inaugural HVTechFest, a two-day event that featured talks, panels, and a hackathon (an event where attendees are given a problem to solve, typically with hardware and/or software). The event turned out to be well-received, and spirits were running high.

Ovchinnikova and her team were well into the process of developing the second annual HVTechfest when New York became ground zero for the coronavirus outbreak in the US in March. While the Hudson Valley wasn’t hit quite as hard as New York City, it still had some of the highest infection rates in the state. The lockdown lasted longer here than in most of the country, putting significant strain on local businesses. Though the festival wasn’t to have been held until October 2020, the likelihood of being able to hold a successful mass gathering of that kind in 2020 appeared less and less likely. OpenHub needed to pivot.

But as it turned out, so did most other businesses.

OpenHub began to take notice of the other businesses in the area that were not only adapting to a new normal of restricted indoor occupancy but were actually thriving in it. The main difference between the restaurants and companies that were doing well and those that weren’t? How well they applied technology in their day-to-day processes.

“Forcing people to go remote revealed differences in the availability of tech and readiness,” Ovchinnikova observes. “Addressing that digital divide is very important.”

With that in mind, the Pivoteers & Pioneers series was born. Conceived of as a free five-part webisode series for the age of social distancing, the program has focused on different aspects of the lockdown economy, ranging from restaurants, to banking, to telehealth, to tech groups like Digital Harlem. The fifth webisode, which debuted on July 10th, focused on education and how various school districts tackled the challenge of having to teach students remotely.

“During our 5 biweekly webisode series we reviewed important topics related to our current moment with COVID and closures,” explains Ovchinnikova, “These topics were actively engaging more than 500 Hudson Valley influencers, businesses, and educators.”

Watching these events, it becomes immediately clear that businesses and institutions have reluctantly entered a period of experimentation and rapid adaptation. The cost of failing to adapt to the “new normal” can mean a devastating loss of profits, but those who adapt successfully often uncover better ways of doing things. Many of these new methods and niches will persist long after the coronavirus crisis has ended.

Different school districts, for example, have wildly different ideas about how much remote school work to give children for optimal results. Similarly, viewpoints varied — sometimes strongly — on the potential of free municipal wireless internet to bridge the digital divide in those communities. Banks and credit unions discussed their strategies to make remote banking more effective by offering apps that eliminate the need to physically enter their brick-and-mortar branches to do things like deposit checks.

“These webinars were interactive and allowed people to share their experience and get actionable insights from participants working in the same area or industry,” explains Ovchinnikova. “We tried to define pioneers and pivoteers — those who were finding new approaches, or new ways of doing things in their business, serving their customers, finding new offerings, or discover a new niche.”

While the webinars are regionally focused, the topics they cover will likely be useful to businesses in any area that is struggling to maintain something close to normal operations during a full or partial lockdown. Interested business owners, or anyone else, can register for webinars on OpenHub’s site or view past ones on YouTube. Ovchinnikova encourages anyone interested in future content to subscribe to the YouTube channel.

Ovchinnikova says there’s been a lot of demand to bring the series back for another run, which she is considering, along with how to align OpenHub’s own COVID-related pivot with her longer-term goals of breathing new life into the Hudson Valley’s tech industry. At the moment, she still plans to hold HVTechFest 2020 in some capacity, even if the event ends up needing to be conducted remotely. In that sense, the web series has served as a test drive for how tech-related seminars and information could be presented to the community if an in-person event proves to be impossible by October.

“We saw a need, and we plan to continue with the webinar format,” says Ovchinnikova.