From Startup To Star: Riviera House Rides Out Pandemic 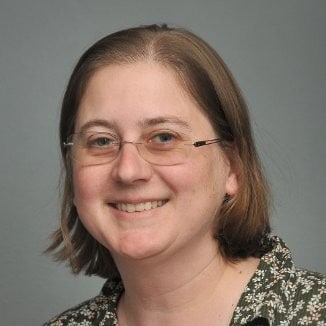 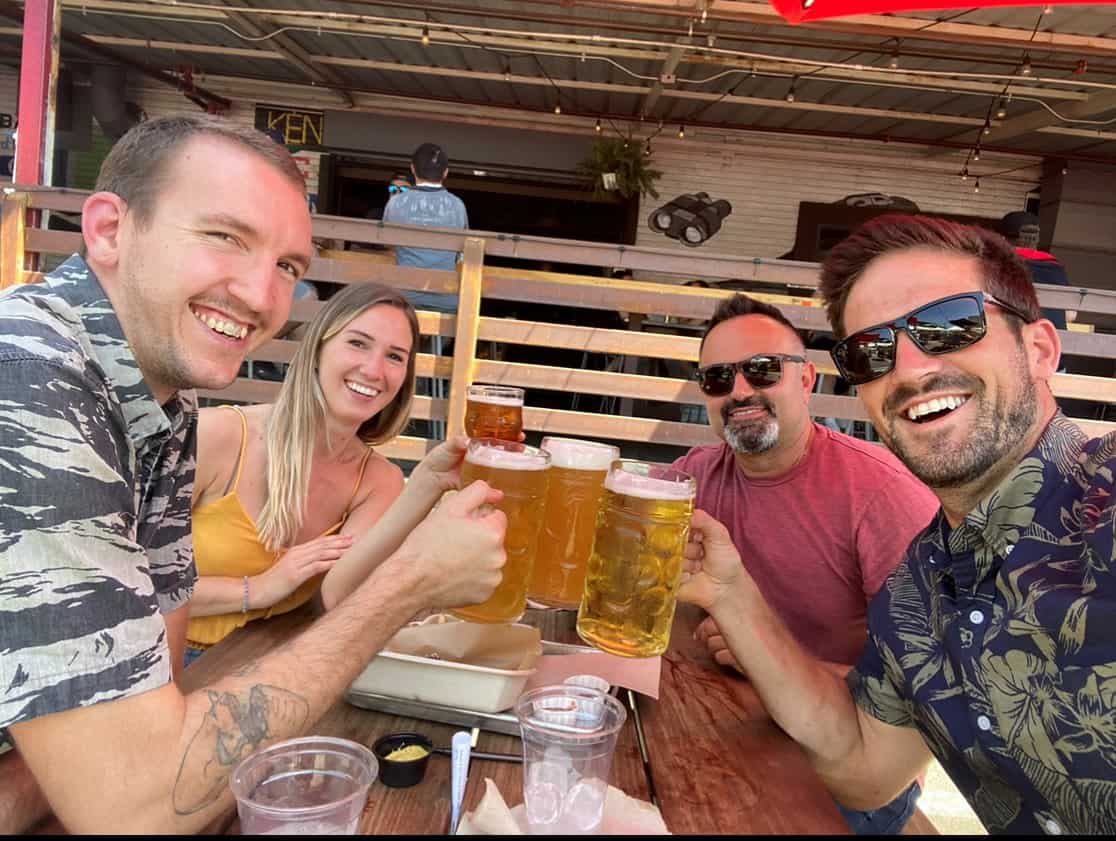 Every restaurant in the country has made some changes recently, thanks to the COVID-19 pandemic that redefined food delivery in 2020 and still affects the way Americans eat out.

However, not every restaurant has entered that uncertain period with just a few months’ experience and a staff that was still learning to work together. When Riviera House opened in October of 2019, General Manager Jeremy McDermott had no way of knowing that before the first quarter of 2020 would draw to a close, his restaurant would face challenges he couldn’t possibly have imagined or planned for.

A Strong Opening Before COVID Closure

Offering coastal cuisine and craft cocktails, Riviera House was scheduled to open in July of 2019 in Redondo Beach, California. It was McDermott’s first time opening a restaurant, and though Riviera House’s owners operate another restaurant, it was their first time seeing a full remodel through to opening. Though the opening took several months longer than planned, a strong October opening led to increasing success at the restaurant.

“Our first five months, we saw an increase of 10% to 15% each month,” McDermott said. “It was pretty fast. As soon as Thanksgiving hit it was busy into the Christmas rush. We learned on the fly.”

In hindsight, McDermott’s ability, and his staff’s willingness, to learn and adapt may be what saved Riviera House and the employees depending on the restaurant for their living, as the pandemic hit hard in March of 2020.

“From the beginning,” he said, “as management and even the chef, we decided to do everything differently.”

From the beginning, as management and even the chef, we decided to do everything differently.

As the pandemic-related closures loomed, Riviera House hit one lucky break that may have eased its survival.

“Another nearby restaurant had closed just before COVID, in February,” he said. “We offered a similar style of dining.”

Other factors were more deliberate, even if they weren’t intended to see the restaurant through months of closure to in-person dining.

“Our biggest draw was that we were extremely personable,” McDermott said. “The restaurant’s name is Riviera House, and we always said, ‘It’s our house.’ That’s how we wanted to treat people when they came in. Through the ups and downs, we offered a personable brand that helped carry us through.”

Like many restaurants, Riviera House shut down completely for about a month when COVID-19 hit California hard in March 2020. McDermott and his team made the decision in order to safeguard employees’ health and safety as well as the general public’s.

“Once we opened, we did a really nice job playing right inside the rules of what the health orders were giving us. When they said you can do X, we did X+1. We considered safety. But we did things that others were a little afraid to do. That helped keep us relevant,” he said.

We considered safety. But we did things that others were a little afraid to do. That helped keep us relevant.

For example, when the restaurant reopened for takeout and delivery orders, the rules said that patrons were not permitted to eat food in the restaurant.

“We let them have to-go cocktails while they waited,” McDermott said. “It didn’t say you couldn’t offer that. Shortly thereafter, we got another health order and that changed. Then we had areas where we would direct people. We can give them everything to go, cocktails and food, and they can enjoy it in an area close to us. We weren’t serving, but they had an option, off the premises but near us.”

Not everyone approved of Riviera House’s limit-pushing approach.

“The first couple weeks we got anonymous calls to the health department, and we explained how we were following the health orders,” McDermott said. “After we passed the test and made the accommodations that they asked for, we started seeing other restaurants doing the same thing.”

It was a gamble that paid off, driven in part by McDermott’s efforts to keep as many staffers working as possible, despite the drop-off in business.

“A lot of our staff wasn’t eligible for unemployment, like our chef,” he said. “That was a huge motivation. We are a family-owned and run business. It’s not large-scale. We don’t have that luxury.”

McDermott explained that the restaurant itself was ineligible for government loan programs like the Paycheck Protection Program (PPP). That’s because Riviera House is a subsidiary of another restaurant. So with sales down, McDermott needed to take a creative approach to staffing, too.

“I’m proud of our retention,” McDermott said. Through the pandemic, the restaurant actually added employees, thanks to the addition of an eating area outside, called a parklet, that allowed outdoor dining while indoor options were still unavailable. The restaurant staff grew from about 26 in March 2020 to about 36 today. That number includes about 20 of the original 26 workers.

“At the onset, we got the people in to work who needed it most and were valuable members of the team,” McDermott said. “We got people in under a certain threshold, so they could qualify for unemployment.”

At the onset, we got the people in to work who needed it most and were valuable members of the team.

Even when the restaurant was operating well under capacity, its management prioritized getting the opportunity to work to people who needed it most. That meant, at times, sending out group emails to employees, asking who really needed the hours.

“We used it as a training tool. We changed the scheme of how we do training,” McDermott said. “People learned to make cocktails. Prior to that, we had done individual roles. You’re a server; you’re a bartender. We had an opportunity to say, ‘You’re a server, but we need you to bartend. Do you know much about liquor? Can you take orders?’ Every person had to become a Swiss army knife, because we had four staffers working instead of 15.”

Every person had to become a Swiss army knife, because we had four staffers working instead of 15.

As the restaurant moved ever closer toward normal operations, that cross-training approach continued to pay big dividends.

“All my staff got used to change on a weekly basis, going with the flow, and providing insight on what works and what doesn’t,” McDermott said.

When the restaurant reopened in April after the initial COVID-related shutdown, staffing was one unanswered question. How to get food into customers’ hands was another. McDermott knew he had loyal customers who were consciously choosing to support local restaurants. But what was the best way to reach them?

“The delivery services, we used them as a starter,” McDermott said. “We didn’t have a delivery or to-go business at all. We used them as a platform to gain traction and show people we were still open. About a month later, we let them go and asked people to help us out by calling us directly, and we gave them neighbor discounts.”

Offering local customers 20% off their to-go orders took a bite out of Riviera House’s margins — but not as big a bite as delivery service fees, which could be as high as 30%.

“Nothing against those delivery services. I think they helped a lot of people stay afloat,” McDermott said. “But they take the margin. We gave people coupons instead. At one point I was actually going door to door and dropping pamphlets. I gave handfuls of coupons to employees and told them to pass them around.”

Nothing against those delivery services. I think they helped a lot of people stay afloat. But they take the margin. We gave people coupons instead.

The restaurant faced an additional challenge when contemplating takeout and delivery. Its seafood-based menu doesn’t hold up well to delayed dining. Simply put, a lot of the food Riviera House had built its reputation on just doesn’t work well for delivery.

“Even fries don’t travel well. So our delivery/takeout menu was different from what we have now. We did the staples — salmon, sandwiches — and we stayed away from fries. We served rice and au gratin, things that travel well. I think three or four of those items remain on the menu today,” McDermott said.

Riviera House is open for business again, almost two years after its grand opening. Although nothing has gone quite according to plan, McDermott is willing to call it a success, all things considered. 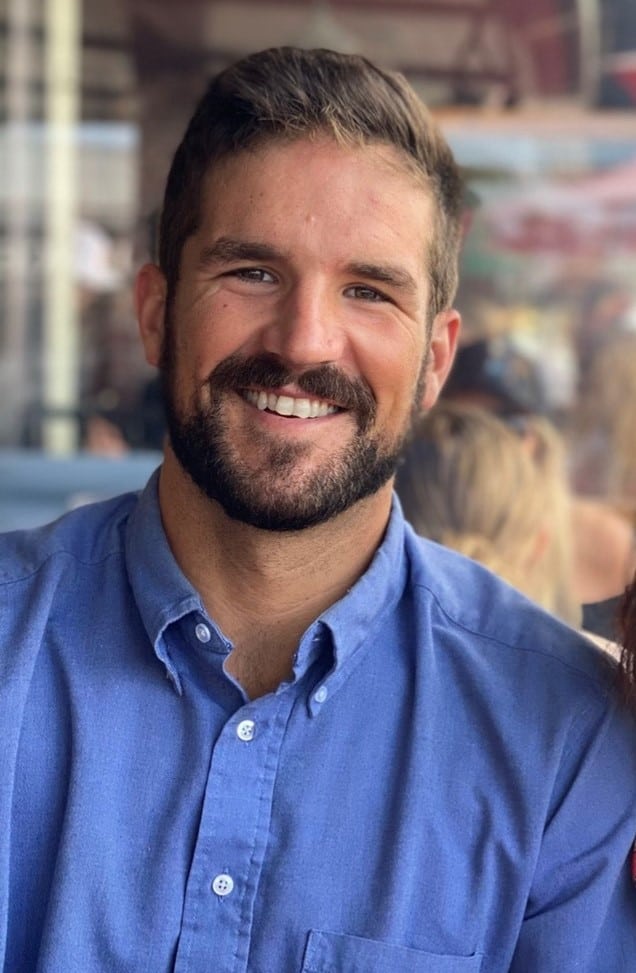 “This is technically our first summer open,” he said. “We’re about 85% of what we had hoped. The parklet (outdoor dining addition) was a savior for a lot of restaurants around here. It made the area more attractive to come to.”

He hopes the village board makes the outside seating a permanent addition to the neighborhood. And that’s not all he plans to salvage from the pandemic.

“Once we reopened, we still had a reputation from the takeout. We made a lot of regulars during COVID. We’ve kept the neighbor discount,” he said. “I told my employees, if there’s someone you enjoyed, you can tell they’re good energy, we still do a neighbor discount. We were going to keep to-go cocktails, but it was inhibiting the enjoyment of the people who were visiting.”

He hopes to keep the adaptability he and his staff gained during the pandemic, too.

“It was a very good year for growth,” he said. “I grew in maturity and willpower in a year and a half.”

I grew in maturity and willpower in a year and a half.

“What is our next step? How can we revise?” he said.

For a restaurant with a short history, Riviera House already has a long record of success. Much of that is due to McDermott’s willingness to adapt, with the owners’ support and the staff’s buy-in. As the restaurant rounds out its second year in business, the adaptations can slow down just enough to allow celebrations and a deep appreciation of just what an extraordinary two years it has been.

Expert Analyst & Reviewer at Merchant Maverick
An expert in online sales, Kate Hoots has been writing about small business eCommerce since 2020. A former journalist for the West Linn Tidings and the Wilsonville Spokesman, Kate boasts wide experience in business leadership and communication. She has a degee in English Literature from Lewis & Clark College.

We love Square's free POS as an entry-level option for just about any business. 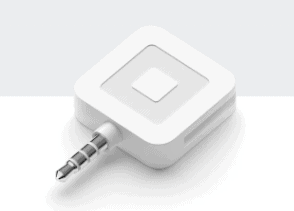