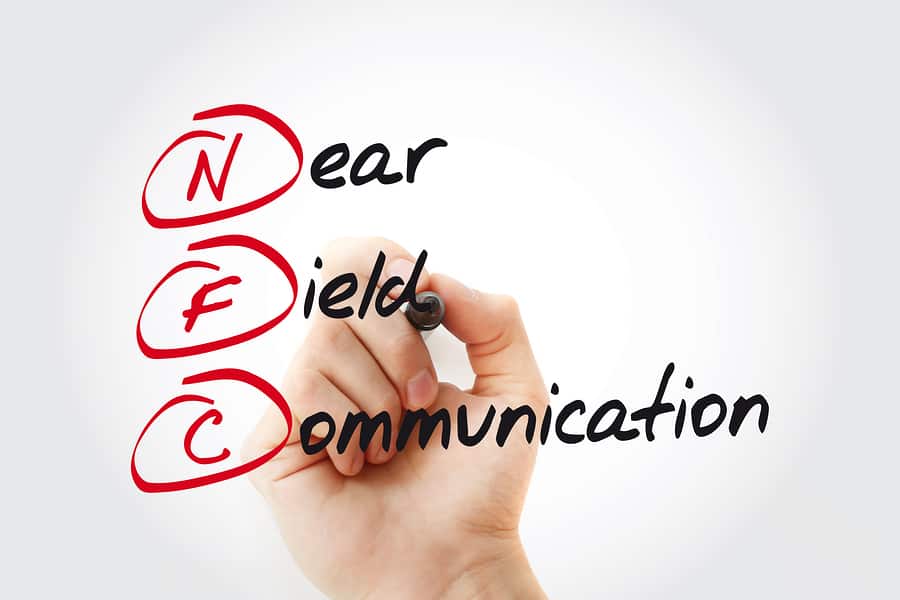 Near field communication (NFC) technology has ushered in an era of secure and convenient payment transactions for both consumers and businesses of all sizes. Since Apple’s launch of Apple Pay all the way back in 2014, NFC and contactless payment technology have continued to make it simpler for customers to pay with their devices such as smartphones and smartwatches. The appeal of NFC’s convenience factor among consumers is easy to understand; payments that are processed using NFC-enabled mobile devices appear to be on course to account for more than $130B in consumer retail purchases worldwide.

But what is NFC? If you’re scratching your head, you’re not alone. Despite NFC and contactless payment’s adoption by a larger audience of consumers and merchants over the past 6-plus years, many small businesses, merchants, and retail consumers still don’t actually know all that much about NFC or what it does. In light of the COVID pandemic and the sudden need for businesses to quickly adopt alternatives to in-person payment processing, though, it’s more important than ever to understand the benefits that contactless payment processing such as NFC can provide.

If you’re looking for a little bit more info on how NFC works and want to feel more confident about the basics behind it, then you’ve come to the right place. Read on to discover everything you need to know about NFC technology and why NFC payments represent the future of contactless payment processing.

Let’s start with a basic question: what does NFC stand for? The letters in the acronym stand for near field communication — it’s a technology that lets customers and merchants process payments between two devices that are in close proximity to one another. NFC allows contactless cards like those in your smartphone to make secure transactions and exchange content when they’re near each other. With contactless payment, customers can use mobile wallets and contactless cards to complete their transactions without any physical contact.

How Does NFC Work?

NFC uses wireless, contactless communication protocols called radio-frequency identification, or RFID, to identify transponder tags attached to other objects such as card readers and terminals. RFID technology works by using a reader with an onboard power source and antenna to talk with and transfer data to a transponder tag.

NFC devices, which are based on RFID protocols, can work as both powered readers as well as transponder tags within short-read range parameters. NFC technology deploys in three different forms: tag reader and reader, device-to-device, and card emulation:

What Is An NFC Payment?

In general, merchants and customers can expect to see two different types of commonly used NFC mobile payments: pay app-enabled payments and “tap-to-pay” payments. Check out the following list for more details on each payment type:

How Does An NFC Payment Work?

Typically, the majority of content on the web focuses on NFC payments processed using smartphones or smartwatches. Smart devices that you use to process NFC payments can talk with an NFC-enabled POS system to complete a transaction:

Expect to see NFC cards increasingly introduced in the US in the future as NFC-based payment methods become more commonplace. NFC’s small form factor and ability to function without an active source of power onboard make it possible to process payments with credit cards directly embedded with NFC chips:

Is NFC safe? Yes, actually! Among the most appealing aspects of NFC-based mobile payments to tech-savvy consumers is secure storage and transmission of sensitive information. Data breaches that target businesses of any size are a very real possibility, and one that consumers are understandably wary of, so it’s only reasonable that they may wonder whether it’s a good idea for them to pay with NFC.

Using a process called tokenization, card numbers are in fact never stored in an app or anywhere on an operating system, but are instead replaced with a “token” — essentially a secret, one-time-use number — after the payment card has been added to a mobile wallet. On top of that, smart devices get a second layer of encryption through forms of two-factor authentication such as passcodes, face ID, and push notifications.

We know now that consumers are protected when it comes to them using NFC-based mobile payments, but what about merchants? It can seem just as risky to accept NFC payments from customers as it can for customers to trust a merchant’s NFC-enabled readers or terminals. Thankfully with tokenization technology, merchants can feel reassured that contactless payments won’t expose them to breaches from hackers or cyber-based threats.

On the merchant side, NFC terminals and readers also use tokenization technology to encrypt sensitive information. This tokenization process makes it so there’s no decipherable information to steal from an NFC terminal since it’s all encrypted as a one-time-use numeral. Furthermore, NFC-based payment processing requires that users input unique and personal information about themselves to confirm their identity and prevent passive fraudulent transactions.

How To Accept NFC Payments For Merchants

Businesses that want to accept NFC payments will need to obtain certain hardware to get started. There can be a lot to consider when it comes to how to use NFC, and the process of accepting NFC payments as a merchant: the costs of processing transactions as well as the costs of new hardware, in particular, can seem expensive, especially to businesses that operate multiple registers or even multiple locations. However, future-proof hardware can be a valuable long-term investment for merchants interested in accepting NFC payments.

Future-proof, for the time being, translates to having an NFC credit card reader such as those that come with mobile processing apps like Square or NFC-enabled credit card terminals (usually with merchant accounts). NFC-based payment is, as you already know by now, far more secure than traditional magstripe-based payment processing. That’s why NFC payments can be such an effective way for merchants to future-proof their payment solutions for customers, and why they will soon be a mandatory form of payment for merchants to accept in the near future.

With practically everyone carrying a smartphone these days — and the sales of smartwatches continuing to soar — it’s definitely time for merchants to add NFC payment acceptance to their business. Especially if a significant portion of your customer base is younger or particularly tech-savvy, adding NFC payments to your business will undoubtedly appeal to them.

How Much Do NFC Payments Cost?

Thankfully, NFC equipment tends to be affordably priced for smaller businesses and merchants that potentially operate just one or two locations. In general, mobile card readers tend to be cheaper than terminals, although the right choice can vary by business type and size. Additionally, merchants only need to pay their standard processing fees for accepting mobile wallet payments from customers using NFC-enabled readers and terminals.

NFC Payments Are The Future: Are You Ready?

The number of major retailers that are adding NFC capabilities continues to grow every day. The rising trend of adopting NFC-enabled payment processing solutions doesn’t appear to be slowing down any time soon either, as more and more customers gradually come to expect the increased level of convenience that comes with NFC payments, especially in light of the ongoing COVID pandemic.

If you’re wondering do I need NFC? the answer is probably yes. For many merchants, adding NFC-enabled payment acceptance readers and terminals can make it so they don’t need to upgrade their equipment again any time soon. While it’s inevitable that, eventually, some new payment technology will come along that’s even more convenient and secure than NFC, there’s really nothing on the horizon at the moment that’s quite like it.

Do you want to learn more about mobile wallet payments and credit card readers? Visit our complete guide to mobile credit card readers for a deeper dive into payment card readers, terminals, and POS systems, as well as all of the associated functionalities that are most important to your business’s continued growth and success.

Noah is a writer and content creator currently living in Fairfax, VA. When he isn't writing about IT solutions and innovations that help his clients, he's probably sitting behind a drumkit or adding new hardware to his computer. Since 2017, Noah has worked for federal, state, and commercial clients as a proposal writer, technical writer, copywriter, and analyst. He has a BA in Creative Writing and a Minor in German from Goucher College.

As far as we know, no mainstream payment processor offer the ability to accept cryptocurrency via NFC or any sort of card-present transaction.
There’s certainly been rumors and discussions about NFC cards that could be loaded with cryptocurrency & the infrastructure exists to facilitate the payments, but it’s simply not something that processors seem to be interested in at the moment.

Comment – Does this technology give the not so savy person on opportunity to steal your information right off of your phone or Android Wearable Device without you knowing it? Yes I saw the comment that the device needs to be two inches away but with Blue Tooth it is a bit further. I would think that a good tech would come up with a reader in the future that would read someone’s device or wearable with a bump or a shove and no one would be the wiser. Is there any type of prevention?

We Recommend Stax by Fattmerchant 🏆

Stax by Fattmerchant is one of our top picks for Credit Card Processing!

We love Fattmerchant as a credit card processor for its predictable pricing, excellent service, and integrated billing features. Get started today and get your first month for $5 with an exclusive Merchant Maverick promo.