The Complete Guide To Tokenized Payments: How Does Tokenization Work?

What is credit card tokenization and what does it mean for your small business? Keep on reading to find out more. 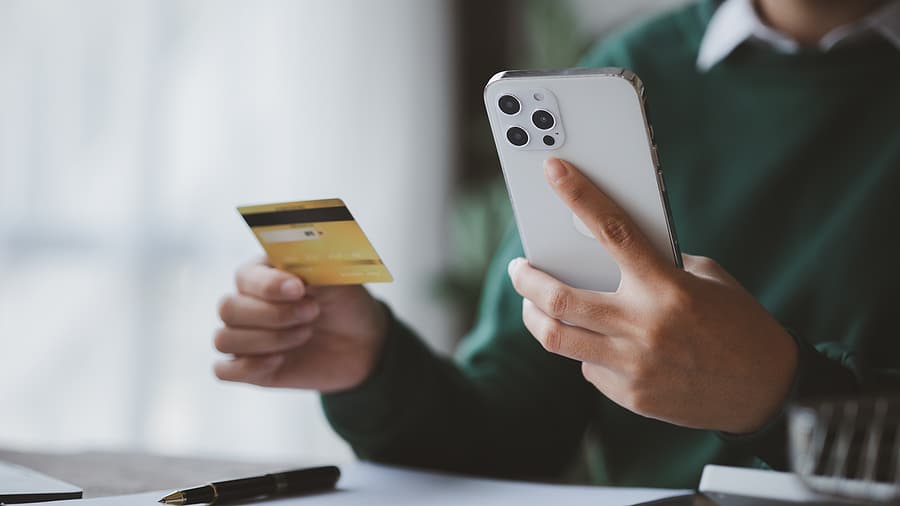 Digital transactions are vital to the modern global economy.

However, concerns about online fraud and the need for increased privacy and security measures to protect sensitive cardholder data have created a requirement for improved methods to protect these transactions. To better secure their customers’ financial information and protect their businesses from data breaches, merchants should implement systems such as tokenization.

What Is Credit Card Tokenization?

Credit card tokenization involves the use of automated systems that replace credit card information with random letters and numbers. Instead of storing a customer’s unique credit card number, merchants can use tokenization to instead store a “token” that is worthless to both criminals and customers outside of a merchant’s system.

Credit card tokenization and credit card encryption are similar in that they both hide sensitive data from would-be interceptors. Both technologies are security measures designed to detect and prevent credit card fraud. Although they’re standard features of modern payment gateways, they use completely different technical processes to protect customer data during online transactions.

We strongly encourage businesses to implement both tokenization and encryption to safeguard their customer transactions. Credit card tokenization makes the most sense for businesses that need to process offline and online recurring transactions and card-on-file payments, especially if they’re operating out of many locations or through an eCommerce store. Encryption is best used for in-person, card-ready transactions that can cipher a customer’s card number as soon as they swipe it through an encryption-compatible machine.

EMV (EuroPay, Mastercard, and Visa) technology differs from tokenization in that it directly relates to a customer’s physical credit card. EMV, like tokenization, protects customer data by “hiding” it during a transaction. And like encryption, EMV stores sensitive payment information right on its microprocessor chip, which encrypts the digital signature that’s used during a transaction.

Unlike tokenization, EMV is exclusive to in-person transactions and requires both an EMV-enabled card and an EMV-compatible terminal to read the EMV chip embedded in the card.

So-called “chip-and-PIN” transactions require that customers “dip” — not swipe — their cards into an EMV terminal to process their payment. In recent years, banks have begun issuing credit and debit cards with NFC (near-field communication) technology that allows contactless payments made by simply tapping the card close to an NFC-capable card reader or terminal.

This is the same technology that powers Apple Pay (and similar services, such as Google Pay), allowing customers to make payments using their smartphones or watches.

For card-issuing banks, enhanced payment security and a decreased risk of fraud are the primary benefits of tokenization.

Card-not-present fraud continues to be a growing problem, with overall losses of more than $32 billion in 2021 alone (almost $12 billion occurred in the US). Nonetheless, merchants have been slow to adopt this new technology which would help protect their businesses and lower overall losses due to fraud.

To encourage merchants to adopt tokenization, in 2022 the major credit card associations modified their interchange fee schedules to differentiate between tokenized and non-tokenized payments. As a result, non-tokenized card-not-present transactions are now significantly more expensive to process than they were in previous years. Conversely, interchange fees for tokenized card-not-present payments are now slightly less expensive than before. If your credit card processor uses an interchange-plus or membership pricing plan, these savings will be passed onto you. The bottom line is that using tokenization will save you money on your credit card processing costs, particularly if you process a lot of card-not-present transactions.

With almost all credit card processors now offering tokenization at no additional cost, there’s simply no reason not to use it.

Other benefits of credit card tokenization include the following:

How Does Tokenization Work?

Tokens don’t store any identifiable customer information, which means cybercriminals can’t maliciously use tokens even if they get their hands on them. In fact, tokens are literally worthless outside of a merchant’s tokenization system.

Tokens ensure a seamless, secure digital transaction process. Credit card tokenization makes it easy for merchants to protect customer accounts from fraud. It creates a frictionless, card-free experience that makes eCommerce purchases easier and more commonplace. It also allows for secure, in-app mobile payments so people can purchase what they need, when they need it, on the go. Here are the steps involved in processing a transaction with tokenization:

As you know, keeping your merchant account compliant with all PCI DSS standards is vital to protect the security of your customer’s credit card data. It’s also important to avoid the expense of getting hit with a PCI non-compliance penalty fee by your provider.

Because tokenization stores tokens instead of actual credit card information, the scope of your PCI compliance requirements are considerably reduced, making it much easier to maintain compliance. In the event of a data breach, the tokens stored on your POS system or payment gateway are useless to a hacker without the means to decode them into actual credit card numbers. While implementing tokenization probably won’t save you any money on PCI compliance fees (if your processor charges them), it will make it much easier to keep your processing system PCI-compliant.

How To Implement A Credit Card Tokenization Service

The first thing to understand is that tokenization requires the use of a payment gateway to transmit credit card data.

While payment gateways traditionally were used to process online transactions, today most providers offer integrated payment platforms that route all payment data from in-person, online, and keyed-in transactions through a payment gateway. Retail merchants will also want an NFC-compatible terminal or card reader, as these devices come with tokenization built-in.

In any event, you’ll want to contact your merchant services provider to confirm that it offers tokenized payments and to determine what actions you need to take to turn this feature on. Here are the typical steps to take to implement credit card tokenization:

For startup businesses and other merchants that require as much security as possible, third-party services can also provide multiple choices of processor and gateway providers to implement tokenization. Keep in mind that the best third-party services provide as many choices for providers as possible. Third-party solutions with only one or two choices often raise red flags and indicate that they use a long-term contract.

Additionally, merchants that use mobile POS systems likely already have access to an NFC-enabled card reader and usually can’t add third-party options to their system for tokenization without violating terms of service or voiding warranties.

Generally speaking, it’s best for merchants to start by asking their processors for guidance on implementing tokenization and confirming whether they can purchase an NFC/EMV terminal for a reasonable price. Failing that, or in the event that a processor either increases their rates or asks that a merchant renew their contract, it’s best to make the switch to a new processor rather than purchase terminals from a third party.

Tokenization can help to protect your customer’s cardholder data, lower your risk of a data breach, and, perhaps most importantly, save you money on credit card processing fees. Aside from the possible need to invest in newer processing hardware to implement it, there really are no downsides to using tokenization.

At this point, tokenization is pretty much a standard feature for credit card processing. In fact, if you’re using Square or a similar payment service provider, your account probably already has tokenization turned on by default. Nonetheless, it’s a good idea to confirm with your processor that tokenization is available and that it’s properly set up for your account.

Interested in learning more about the methods merchants can use to securely accept customer payments without running the risk of losing or misrouting funds? Discover how merchants can protect cardholder information as well as their business’s data assets with mPOS apps that reduce the risk of data breaches and credit card fraud.

What is a tokenized transaction?

How can tokenization lower my credit card processing costs?

How does tokenization work in payments?

How does tokenization reduce PCI scope?

What are the benefits of tokenization?

The primary benefit of tokenization for merchants is that it lowers the cost of processing online credit card payments. Other benefits include a reduced risk of data breaches, a smaller scope of PCI-DSS compliance to worry about, and support for multiple payment processing methods for customers who want to complete transactions both online and in-person.

What is the difference between tokenization and encryption?

The main difference between tokenization and encryption is that credit card tokenization generates a token based on the primary account number of a cardholder, while encryption encodes sensitive cardholder data using a mathematical algorithm.