Wefunder is one of the few equity crowdfunding platforms that open up the world of investing to anybody seeking to invest in a startup company.

However, on May 16, 2016, the portion of the JOBS Act that legalized equity crowdfunding for non-accredited investors (i.e. just about everyone in the US) finally went into effect. Sometimes referred to as Regulation Crowdfunding, the field has yet to take off in the manner envisioned when the practice was legalized.

Read on to learn how Wefunder works and whether they live up to their lofty goals.

Wefunder gives US corporations and LLCs an equity crowdfunding platform that connects them to the 658,948 registered investors (as of September 2020) on their site. A company can create a profile with Wefunder for free. Fees are only assessed after a successful raise.

Wefunder takes a fairly hands-off approach when it comes to the companies that can use their service. However, in their FAQ, Wefunder states:

These are the terms and fees for Wefunder Regulation Crowdfunding campaigns:

With a Wefunder Regulation Crowdfunding campaign, you can set a funding goal of as little as $50K or as much as $1,070,000 (though if you exceed $1,070,000 in funds raised, Wefunder will “spin up a free Regulation D campaign for you,” so you can continue fundraising from accredited investors). Individual investors will be able to invest as little as $100 in your company. The maximum amount an investor can invest is legally determined by the investor’s income and net worth.

Wefunder collects 7.5% of what you raise if your campaign is successful. This isn’t too far off what other major crowdfunders charge. Though Kickstarter keeps just 5% of what you raise for themselves, an additional ~3% of funds raised via Kickstarter will go to the payment processor. With Wefunder, beyond the 7.5% platform fee, “[a]ny additional payment processing fees are paid by investors.”

Also, note that Wefunder crowdfunding campaigns are all-or-nothing — you only receive funds if you meet or exceed your fundraising goal.

Bear in mind that equity crowdfunding is much more heavily regulated than rewards crowdfunding. When you’re soliciting investments, there are strict limits as to when and how you can promote your raise, including limits on what you can say to anybody — even people on the street — regarding your investment opportunity.

If you know a thing or two about rewards crowdfunding but are new to equity crowdfunding, this probably sounds outlandish. Imagine being restricted as to what you could tell people about your Indiegogo campaign. Quelle horreur!

Unfortunately, history demonstrates the unique potential of unwise and/or fraudulently-represented investments to ruin the lives of ordinary people and create generational immiseration — therefore, equity crowdfunding is treated differently under the law.

Be sure to read Wefunder’s Legal Primer For Founders if you’re looking to raise money on the platform, and consult an attorney if you have any questions regarding the process, SEC regulations, etc.

Wefunder screens companies for signs of fraud and/or dealings in the things forbidden on their platform, but they generally take a light hand when determining who can and can’t raise funds. Though they recommend having at least one experienced investor endorse your campaign and set the terms of your crowdfunding campaign, this is not a requirement.

Wefunder puts all the relevant information relating to their crowdfunding campaigns in their FAQs, though it would be nice if they included basic information, such as the fee rate, more prominently on their home page.

Beyond the FAQs and the other informational literature on their website, Wefunder lists an email address for customer support — but that’s about it. Once you’ve launched a Regulation Crowdfunding campaign, however, Wefunder will stay in contact with you.

One reviewer noted that Wefunder does not take the “curatorial approach” when determining who can use their platform and instead let virtually any company fundraise while screening only for signs of fraud. It’s a departure from the practices of equity crowdfunders like SeedInvest, which boasts of only letting 1% of companies who apply fundraise on their site. While this approach may carry more risks for the investor, campaigners may welcome it.

I should note that in the comments section of this article, one startup founder, citing personal experience, disagrees with the assessment of the reviewer above and found Wefunder to be unreceptive to his request to use the platform.

The few reviews I’ve seen of Wefunder are generally quite positive. The low investment minimums (just $100!) are seen as a way to draw the largest possible pool of investors to your campaign. And the unparalleled success of Wefunder in the Regulation Crowdfunding sphere — remember, they have half the market share! — generally demonstrates that of all the companies operating in this still-in-its infancy industry, Wefunder is the one equity crowdfunder that has it figured out.

Wefunder states of the companies they have funded thus far, “(m)ost are alumni of Y Combinator.” This should tell you something about the sort of company poised to take advantage of Wefunder’s Regulation Crowdfunding platform. It’s not the mom-and-pop diner on the corner but rather the company with exponential growth potential — the kind of company that excites investors.

Though Wefunder has helped companies raise over $122 million in investments, consider the fact that Kickstarter, the leading rewards crowdfunder, has seen the raising of over $5 billion thus far. Clearly, Regulation Crowdfunding, being only 4+ years old at this point, is not a mature industry. The kinks are still being worked out, and the regulations governing the field are subject to change (this is the industry’s fervent hope, at least).

However, Wefunder is the one platform that has thrived in this new realm. More than any other platform, they stand to take off in the event that Regulation Crowdfunding starts showing the potential that analysts had hoped it might. As of now, for a company with unique potential and a high-risk-high-reward ethos, Wefunder is a tantalizing funding option. There are definite perils, but there’s also the unmistakable draw of feeling like a pioneer.

The Merchant Maverick Seal of Approval 🏆

After hours of in-depth research and evaluation, we can confidently recommend this brand to our readers. Get started today and see Wefunder for yourself.

The Merchant Maverick Seal of Approval 🏆

After hours of in-depth research and evaluation, we can confidently recommend this brand to our readers. Get started today and see Wefunder for yourself.

After an in-depth review process, our experts gave Wefunder a 4-star rating. 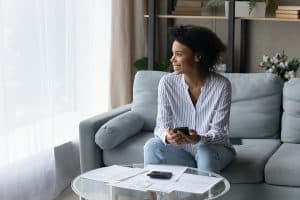 Good, helpful article. I was wondering why Wefunder is funding so many YCombinator grads. don’t those grads get funding from VC’s in silicon valley? As a founder, I had the impression that their were billions of $$ out there to fund the many accelerators popping up around the country. Seems the pool of capital is not quite as large as is written about.

We have funded two companies through wefunder. A Ben & Jerry’s Ice Cream franchise and a Surf Dog Hot Dog concept, serving Nathan’s and Vegan Dogs. The experience has been nothing but amazing. Jonny and his crew are doing an amazing job. We have around 700 investors and it’s become an amazing community. I highly recommend wefunder. Hit me up if anyone has any quetsions.

Is it better to invest with Wefunder under your name or create an LLC? Thanks in advance.

Hi Klaus – I submitted all my info to Wefunder to start raising funds. I have been in review for 13 days even though their website stated I should received approval/comments within 1 week. I have emailed them numerous times, but they have never responded and there is no phone number to contact anyone.

Thanks so much – Jeff.

As a startup exploring the different Reg CF platforms, I would take issue with describing Wefunder as truly opening up the world of investing to everybody. As an entrepreneur with one successful exit under my belt, I got a terse email from them saying “Hi Michael, Our panel of investors do not think Petmasters is ready to have a successful crowdfunding campaign. They suggest waiting and continuing to build your business before re-applying.” So they are most definitely taking a curatorial approach like SeedInvest which probably explains why only 164 fundings on their platform. There’s still a need for a platform that democratizes the fundraising process.

Hi Michael! Thank you for sharing your experience. Indeed, it does appear that Wefunder is doing more curation than I initially gathered. The “opens up the world of investing to everybody” line in the intro was meant to refer to the investor side, not the business/entrepreneur side (as Wefunder lets everybody invest, not just accredited investors), but you’re right — the small number of fundings that have been completed on Wefunder does highlight the company’s barrier to entry for those seeking to fundraise.

It would be nice to start seeing some equity build up or sales of companies or income/dividends – some kind of return on equity investments. I’m sure it is coming but not much information is provided on overall progress or status.

Get Started With A Top Pick! 🏆 Wefunder gets our expert seal of approval.

Our team of experts spends hours on every review so that we can find the best companies to recommend to our readers. Wefunder made the cut. Learn More See what this company has to offer.