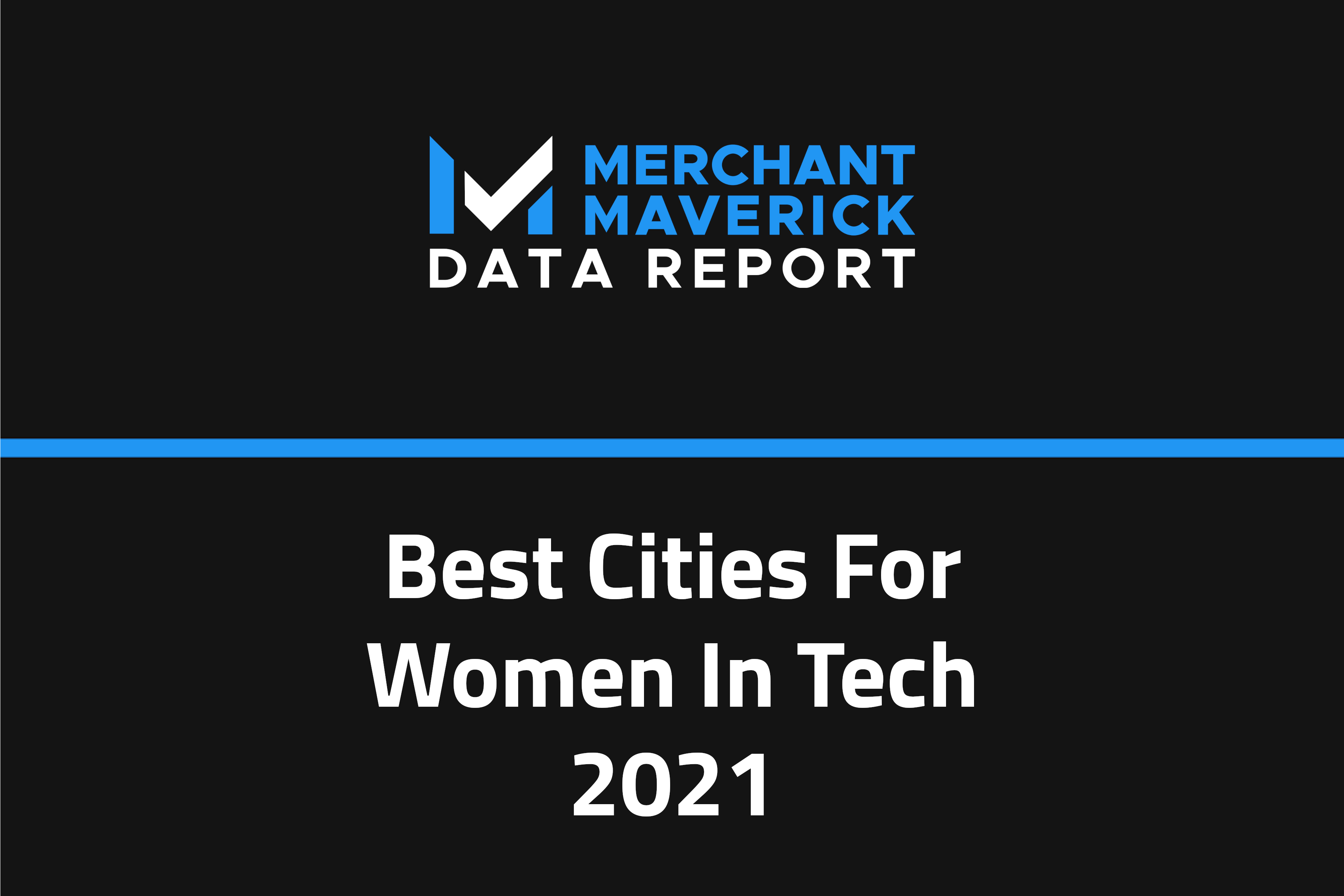 A few cities stand a cut above when it comes to supporting women in the tech industry, and the results are not what you’d expect. Silicon Valley move over; of the ten best cities for women in tech, seven are on the Eastern seaboard. When it comes to equity for women in the tech industry, the East Coast clobbers the West in terms of both representation and pay. And the most surprising finding? The city that offers the most to women in STEM fields is on neither coast. Women seeking competitive pay and equal opportunity in tech should look first to Des Moines, Iowa.

Des Moines, and the other Eastern cities on this list, crush tech stalwarts like San Francisco, Seattle, and San Jose in the metrics we measured. Why? These cities employ a higher percentage of women for tech jobs in the first place. They also pay women a more equitable wage, closing the significant wage gap that’s still prevalent in Silicon Valley.

The number of women holding tech jobs increased a whopping 51.3% between 2010 and 2019. As this growth continues, the cities that offer the best wages and the most opportunity to the female workforce may end up outpacing more traditional tech hubs.

In this study, the “Best Cities For Women In Tech 2021″, we looked at 100 cities to analyze gender equality metrics on a city level as well as the overall economic viability of each city (see methodology below).

The Top 10 US Cities For Women In Tech

Des Moines takes the top spot thanks in large part to women in tech making 94% of men’s pay, the seventh-best wage gap among all cities we surveyed. Iowa’s state capital, perhaps a nontraditional selection for a tech hub, also has a high concentration of tech workers — 2.53% of all women in the city are employed in tech, which ranks it 15th in this area out of the 100 cities we surveyed. Women then make up a solid share of Des Moines’ tech workforce (27.1% of all tech jobs in the city are held by women, which ranks 23rd) and the city’s unemployment rate of 3.8% is the 13th lowest out of 100.

Maryland’s most populous city ranks second overall on our list. Though many Baltimore residents live below the poverty line, women in the tech industry actually do quite well in this city. Baltimore’s positioning is bolstered by ranking seventh-best in both median salaries of women in tech ($88,670) and in the percentage of women employed in the tech sector (3.23%). Women in tech here also hold 29.3% of all tech jobs (13th highest overall) and earn 87.7% of men’s pay (25th-best wage gap among surveyed cities).

Hartford has the second-smallest wage gap among the top 10 cities — women in tech jobs here earn 95.2% of their male counterparts — cementing this insurance hotbed solidly at No. 3 overall. Women in the city also make $79,506 per year (16th highest among all surveyed cities) and hold 27.5% of tech jobs in the city (19th best). However, Hartford doesn’t quite nip past Des Moines or Baltimore because of a high 7.7% unemployment rate and a high cost-of-living, which ranks 78th worst overall.

An industrial hub of the Greater Los Angeles area, Oxnard has also become a center for high-tech employment. Oxnard made the top ten because of its small gender wage gap in tech (women in tech earn 89% of men’s wages), high percentage of tech jobs held by women (29.5%), and high median salary for women in the industry ($90,209). Though these are some of the best salary and employment figures for women in tech nationwide, Oxnard isn’t even higher on our list due largely to it being the seventh-most expensive city to live in.

When it comes to employing women in the tech industry, Sacramento does better than average: 34% of tech jobs in California’s capital are held by women, a figure that ranks 3rd overall and is top among the other 10 best cities. Sacramento also has a high concentration of tech jobs as 2.64% of all women in the city are employed in the industry, good for 11th. On the flip side, Sacramento could do better at compensating workers fairly — women in tech here earn 87.1% of what men earn.

Women make up a relatively high percentage of Atlanta’s tech workers (31.0%, or seventh-highest overall). The city’s overall concentration of women in tech jobs is also quite high (2.58% of all women in the city are employed in the industry, or 13th overall). One of the only southeastern cities on our list, Atlanta also benefits from a low unemployment rate of 3.9% — 16th lowest out of the 100 cities we analyzed. However, the tech gender wage gap in Georgia’s capital is somewhat sizable, coming in just above the national average, at 84.5%.

Tech-rich Boston unsurprisingly posts great results in our general tech industry metrics: 3.36% of all women in the city are employed in tech (which ranks fourth across the board) and women in tech here earn an average of $87,343 (which ranks eighth). So where does Beantown fall short? The gender wage gap isn’t great — tech industry-employed women make just 86.1% of what men make — and the city has the eighth-highest cost-of-living index among surveyed cities.

Part of the Greater New York City metro area and home to Yale University, New Haven is also a popular city for tech startups, both in New England and nationwide. Women in this city hold 29.3% of all tech positions (12th highest overall) and benefit from one of the smallest gender wage gaps in tech — women here take home 93.9% of what men make. At $76,549, New Haven’s median salary for women in tech is better than average (20th highest among the cities we looked at), though its cost of living is also on the high side (13th highest).

The nation’s capital does well across a gamut of metrics. Washington is second-best when it comes to the number of women in tech per capita (4.85% of all women in the city are employed in the tech industry) and is fourth-best in both the percentage of tech jobs held by women (32.3%) and the median salary of women in the tech industry ($92,818). But Washington struggles mightily in one key metric: the gender wage gap. Tech women in Washington earn 82.9% of men’s wages, which is the lowest rate in the top 10 and is soundly pedestrian among all cities at No. 50 overall.

The modest college town of Winston-Salem is only the fourth-largest city in North Carolina, though it is becoming a national leader in bio-tech, nanotech, and other high-tech fields. Women in this southeastern city earn 99.3% of what men bring home (3rd highest overall) and comprise 29.2% of the tech workforce (15th highest). Winston-Salem’s so-so median salary for women in tech ($70,988) is balanced by its lower-than-average cost of living (12th lowest). A reason Winston-Salem doesn’t rank even higher on our list is that despite comprising a respectable portion of the city’s tech workforce in relation to men, Winston-Salem has a low percentage of women tech workers on a per-capita level (1.10%, or 76th out 100).

The Worst 10 US Cities For Women In Tech

99. Provo, UT (11.7): Despite posting the lowest unemployment rate of all cities in this study, Provo ranks dead last in two key metrics: the gender wage gap (57.6%) and the percentage of tech jobs held by women (10.3%).

Complete Ranking Of All 100 Cities

We first narrowed our list of cities based on the US’s 100 most populated metro areas as defined by the US Census Bureau. Then we collected data from six different metrics for each city. After ranking each metric, the best-ranked city in a given metric was given a score of 100 and the worst-ranked city was given a score of 0. These individual metric scores were then multiplied by specific weights to achieve an overall score for each city.

Below are the six metrics we used along with the percentage used to calculate each metric’s weight:

These metrics were pulled from multiple sources, including the US Census Bureau’s 2019 1-year American Community Survey, the US Bureau of Economic Analysis, and the US Bureau of Labor Statistics.