These ten states, led by Colorado, offer the best conditions for women-owned businesses to start, thrive, and grow. 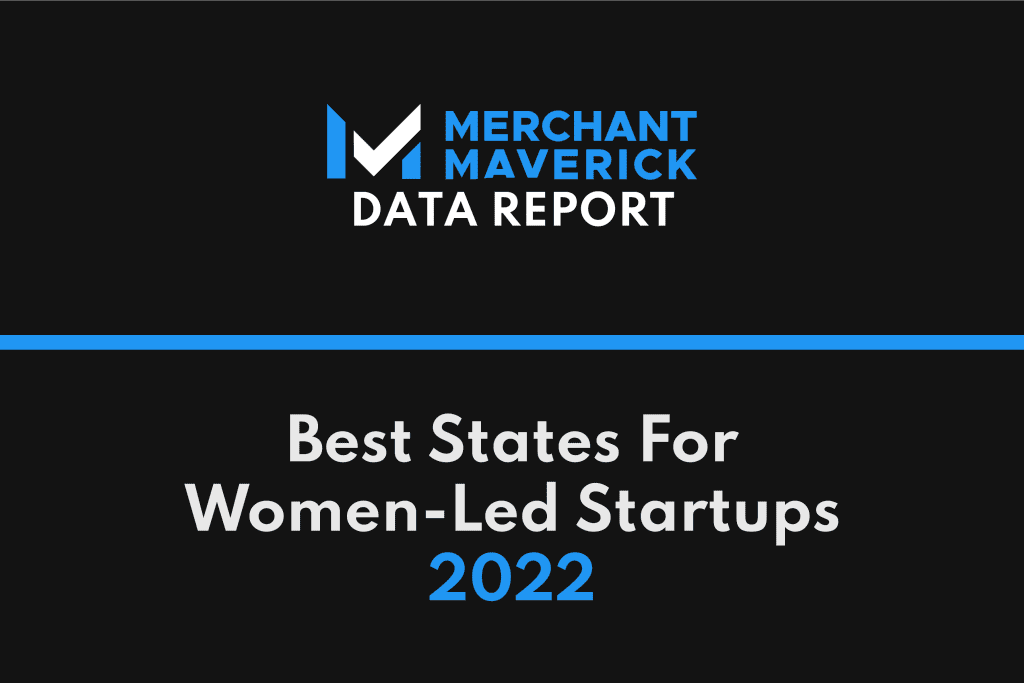 Investors are finally giving a fair shake to women-owned startups — at least according to the latest data report from Merchant Maverick. Despite COVID, 2021 was a record-shattering year as female-only founded startups across the nation collected $5.6 billion, up an astounding $2 billion from the previous record set in 2019 (per data from PitchBook). This positive change has been felt in many areas of the country, not just in Silicon Valley, and has featured heavily in the rise of many upward-trending states on our top 10 list, such as Florida, Texas, and newcomer Arizona, which all saw impressive venture capital growth compared to our study last year. Thanks to rising startup hubs in cities like Miami, Boulder, Phoenix, and Houston, more funding opportunities are available to female entrepreneurs than ever before.

To accurately gauge the best states for women-led startups, we considered an array of gender-specific metrics:

Despite a general trend of increased backing to women-owned startups across most parts of the nation, it’s not all good news. Our study shows that the Midwest fails in nearly every metric examined. And it’s not a close race. The highest-ranked midwestern state, Minnesota, snatches a paltry 19th place, while other center-west states like Iowa and North and South Dakota come almost last in the nation. The American heartland trails the rest of the nation in average income for women-owned businesses, number of workers employed at women-owned businesses, and many other aspects of gender parity. But where this region really fails female startups is in investment dollars. Venture capital investment into women-owned startups in the Midwest is virtually nonexistent.

Colorado easily maintained its top spot from last year, despite changes to the economic landscape that caused a shift in the rest of the top 10. Most notably, Colorado is the only state to rank in the top 10 for all five gender-specific metrics we measured — a slight improvement even over last year. The Centennial State shines brightest when it comes to the percentage of women who own their own businesses — 2.37% of all women in Colorado are self-employed in their own incorporated business, a fact which ranks the state 2nd only to Montana. In addition, women helm 29.2% of employer firms in the state.

Climbing the ranks to No. 2 is the Lone Star State. Texas, which is also among the fastest-growing states, has cultivated a business-friendly reputation that appears to be attracting a high volume of women-led organizations and startups. Major tech hubs in Austin and Dallas have made Texas a great place for venture capital, with women-led startups pulling in $814 million in VC funding in the last five years. The state doesn’t do as well when it comes to average income metrics, but with a 0% state income tax, women business owners can expect an average $62,945 yearly income to go farther in Texas than it would in most other states.

Florida bumped up one spot from 4th last year, thanks largely to the fact that 2.26% of all women in the state run their own business (4th overall). Women-led startups have also pulled in $286 million in venture capital over the past five years. The Sunshine State’s lack of an income tax is quite helpful as well. The startup potential here is obvious as companies look beyond Silicon Valley — for instance, investors have tapped the sunny shores of Miami as fertile ground for startups shedding the office building lifestyle.

While it’s taken a modest tumble from 2nd to 4th place, Washington is still a great place for women-led businesses, which account for nearly a third (29.9%) of all firms within the state, up from 28.2% last year. The self-employment rate for women also rose from 1.66% to 1.91%. The Evergreen State’s I-5 corridor remains one of the biggest tech hubs on the West Coast outside of Silicon Valley, which helped women-led startups nab $481 million in venture capital funding over the past five years. If there’s a Cascades-sized shadow here, however, it’s the relatively high rate of failure for startups. Washington finished dead last in startup survivability.

Maryland, which recently launched a startup-focused tax credit, cracks the top 10 after sitting just outside last year in 12th. The state does especially well in how much money women business owners earn — they rake in $81,839 per year (2nd overall in the nation). 22.6% of employees in the state are at women-led firms, which ranks 4th. This Mid-Atlantic state also does well in the percentage of employer firms led by women at 27.5% (10th nationally). However, fledgling startups can struggle here as Maryland’s 76.7% startup early survival rate sits in a lowly 39th position.

Montana challenges many perceptions of what constitutes a woman-friendly business environment. While venture capital is scarce there, the women of Montana are the most likely (2.42%) in the nation to own their own business. Not only that, but a sizable portion of Montana’s workforce (22.2%) works at a women-led business. Montana is held back a bit by the average income of business owners, which ranks among the lowest in the nation. Some of this is mitigated by Big Sky Country’s relatively low cost of living, but its higher-than-average upper income tax rate can cut into take-home pay. Startups that take root in Montana stand an 81% chance of going the distance, the 3rd-highest success rate in the nation.

It’s no surprise to see Massachusetts jump 13 spots to No. 7 as the state’s educational prowess has long powered the local startup scene. For our rankings, Massachusetts is part of the exclusive $1 billion club alongside California and New York as the only three states to have garnered over $1 billion in venture capital funding for women-led startups in the past five years. Women business owners also earn over $97K per year here, by far the highest average in the country. However, the Bay State struggles in the other three gender-specific categories we measured — Massachusetts ranks in the 30s for all three metrics.

California crept up two spots this year on the strength of its startup culture and infrastructure. As you might expect from the home of Silicon Valley, the $6.7 billion in venture capital dispensed to women-led startups in California over the last five years rivals that of other nations, not just other states. Relatedly, California also boasts the highest first-year survival rate in the country for startups at 81.8%. This productive environment comes at a cost — a high unemployment rate and the highest taxes in the nation. However, with an average income of $77,147 — almost twice that of Montana — women business owners may find the price entry to be worth it.

The home of the Grand Canyon cracked the top 10 as the third and final newcomer. Arizona’s success in our rankings is thanks mainly to the fact that women lead 28% of employer firms in the state (9th overall). In addition, Arizona women business owners earn just north of $70K per year, which ranks a solid 10th overall. Where Arizona really excels is consistency — the state ranks no worse than 20th in any of the five gender-specific metrics. These numbers back up the state’s maturing startup scene where Phoenix has already been marked by some as a cheaper and regulation-light alternative to Silicon Valley.

Narrowly holding on to the top 10 after falling seven places from last year is Virginia. The big reason for the drop doesn’t have anything to do with women — the percentage of Virginia businesses run by women increased from 27% to 28.7% from 2020 to 2021. Where Virginia really declined is in its startup first-year survival rate, dropping from 90.5% to 76.2%. Otherwise, Virginia’s metrics tend to fall on the high side of average without any serious weaknesses.

The Worst 10 States For Women-Led Startups In 2022

42. South Dakota (38.6): While it has low taxes and unemployment, South Dakota lags when it comes to women in leadership positions (20%).

44. Alabama (34.9): Despite low unemployment and taxes, Alabama lands in the lower half of states for most of our metrics, with particularly low rates of business ownership for women (1.24%) and average women-run business income ($47,878).

45. New Hampshire (34.8): The Granite State ranks dead last in percentage of employer firms led by women (19.9%) and second-from-last percentage of women who own their own business (1.12%).

46. Utah (34.1): Utah may be the fastest-growing state in the nation, but it’s not currently translating into gains for women-led businesses. The Beehive State is dead last in firms run by women (13.5%) and average income for women business owners ($37,190).

47. North Dakota (31.2): Just $14K in venture capital has been invested into women-led startups in the past five years, while North Dakota’s percentage of employer firms led by women sits at a paltry 20.1% (both numbers rank 48th).

48. West Virginia (28.7): West Virginia ranks poorly in most of our metrics, but particularly so when it comes to employer firms led by women (21.4%) and women who own their own businesses (1.12%).

49. Iowa (26.2): Only 15.3% of employees in the state are at women-led firms (47th nationally), while Iowa is one of two states not to have received any venture capital funding in the past five years.

50. Mississippi (25.3): Mississippi once again brings up the bottom of our list, lagging again in firms led by women (13.7%) and average income of women business owners ($39,912). Additionally, Mississippi women received $0 in venture capital funding within the past five years.

Map View Of All 50 States

Below are the eight metrics we chose, along with the percentage used to calculate each weight:

Chris Motola contributed to this report.