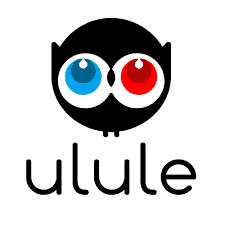 Ulule might not be the most well-known crowdfunder west of the Atlantic, but in Europe, they’ve established themselves as one of the Continent’s premier rewards crowdfunding platforms. However, Ulule isn’t just for Europeans — anybody in the world can launch a campaign with Ulule (though you must have a bank account located in either Europe or North America).

Founded in 2010 and headquartered in Paris (with additional offices in Rome, Barcelona, Brussels, and Montreal), Ulule differentiates itself from the crowdfunding crowd with an emphasis on personalized coaching. Ulule provides this support before, during, and after your crowdfunding campaign. This contributes to what Ulule claims are the highest rate of successfully-funded campaigns in the crowdfunding industry, which currently stands at 65%.

Ulule’s focus is on community-oriented ventures and artistic projects, as is demonstrated by a look through the projects listed on their site. With over €135 million raised so far, Ulule isn’t quite to the level of Kickstarter (see our review) or GoFundMe (see our review) (both platforms have raised over $4 billion respectively) but it’s no minnow, either. Let’s further examine this French-accented crowdfunding platform.

Ulule is one of Europe’s largest rewards crowdfunding outfits. Users can set up crowdfunding campaigns to support business, creative, or social projects.

When you set up a Ulule campaign, you’re directed to specify rewards that contributors will receive, with escalating rewards for people who contribute higher amounts. During the setup process, you can choose to fundraise in one of 10 different currencies.

One of Ulule’s main selling points is their claim that they have the highest rate of successfully-funded projects in the crowdfunding industry. They disclose a lot of information on the stats page to verify that their rate of success stands at about 65%.

Now, it’s hard to directly compare their stats to those of other crowdfunders because most of them don’t make their internal data public like this. Kickstarter, however, does make their campaign data available, so we can make some direct comparisons — comparisons made more meaningful by the fact that both Kickstarter and Ulule only host campaigns that are all-or-nothing (either you raise your goal amount or you get nothing).

Of course, these numbers can’t tell the whole story. Is Ulule’s success rate higher than that of Kickstarter because Ulule is better at coaching and guiding campaigners to success, or are they just more selective, leading to a bias in favor of projects that have a better chance of success to begin with? Or is it a mix of both explanations? These are questions without concrete answers. Nonetheless, Ulule’s success rate is impressive.

Ulule’s stated requirements for running a campaign are mostly pretty standard — no copyright infringement, no projects that are crowdfunding on another site, nothing racist/hateful — though they state that “Projects that do not have an outcome that is artistic, community-minded, or for the betterment of society and without a community-based strategy” will not be accepted. Ulule crowdfunding campaigns must have an element of social consciousness to them.

These are the terms and fees for Ulule’s crowdfunding campaigns:

A look at Ulule’s terms and fees reveals more similarities with Kickstarter. Ulule limits campaign duration to 90 days (Kickstarter’s limit is 60 days) and will only send you the money you’ve raised if you’ve reached or exceeded your funding goal. However, there is a caveat to this: Ulule campaigners can either set a funding amount as their goal or they can set a defined number of pre-orders they must receive before getting funded. This option is obviously only for those who are offering a specific product and who need a certain number of pre-sales to start production, but it’s nice that creators are given some flexibility here.

Here’s a disclaimer I include in my crowdfunding reviews: One thing to keep in mind when conducting a crowdfunding campaign is that you may end up having to pay taxes on the funds you collect. Consult a tax professional in your area to be sure.

Some crowdfunders don’t pre-screen the campaigns they host and only do due diligence after the fact (if at all). Ulule, by contrast, requires the campaigner to first fill out a proposal form which details the specifics of the intended campaign.

If Ulule determines your campaign to be eligible, your proposal then moves on to the final validation stage, which involves giving even more details about your project, the rewards you’re going to offer, and your identity and/or the identity of your corporation or organization. Ulule’s application process is somewhat akin to Kickstarter’s — another platform that scrutinizes campaigns before they can be taken live.

If your crowdfunding proposal is ultimately accepted, Ulule assigns a “success manager” to assist you during each part of your campaign. Overall, the application process is more involved than you might be hoping for.

Ulule has an extensive FAQ that takes you through every aspect of the crowdfunding process. I didn’t get the sense that anything was being concealed. However, it would be nice for potential campaigners if the fee structure were given up front on the homepage. This is a complaint I have with many crowdfunders.

Ulule provides customer support in the form of the aforementioned FAQ, a community forum, and a contact form. No live chat or phone support is available from the website, but if you actually submit a project proposal to Ulule, their support staff will be in touch with you and should answer any questions you might have.

I wasn’t able to find much feedback regarding Ulule from either reviewers or users. From what little I found, I didn’t see much in the way of complaints, though one person claimed that their contributors weren’t refunded in a timely manner after they canceled their campaign.

Again, what little feedback I found on Ulule was old, but most commenters found only good things to say about the company. These commenters were especially complimentary about the level of support they got from employees of the company.

Ulule is a crowdfunder that takes a hands-on approach with helping their campaigners achieve their goals. Some crowdfunders just provide a platform and leave everything up to you, but Ulule seems to get that their own success as a platform depends on the success of the campaigns on their site. With a 65% success rate for campaigns, this approach seems to be paying off.

Ulule doesn’t have anywhere near the public profile of Kickstarter or Indiegogo, so it may not be as easy to attract attention to your Ulule campaign as with Ulule’s larger competitors. Plus, the fee structure is a bit complex compared to other crowdfunders. Nonetheless, for the socially-conscious project with rewards to offer, Ulule offers quite the track record of success and deserves your consideration.

How To Get Startup Funding: 5 Types Of Funding For Startups & 5 Tips To Help You Get Started