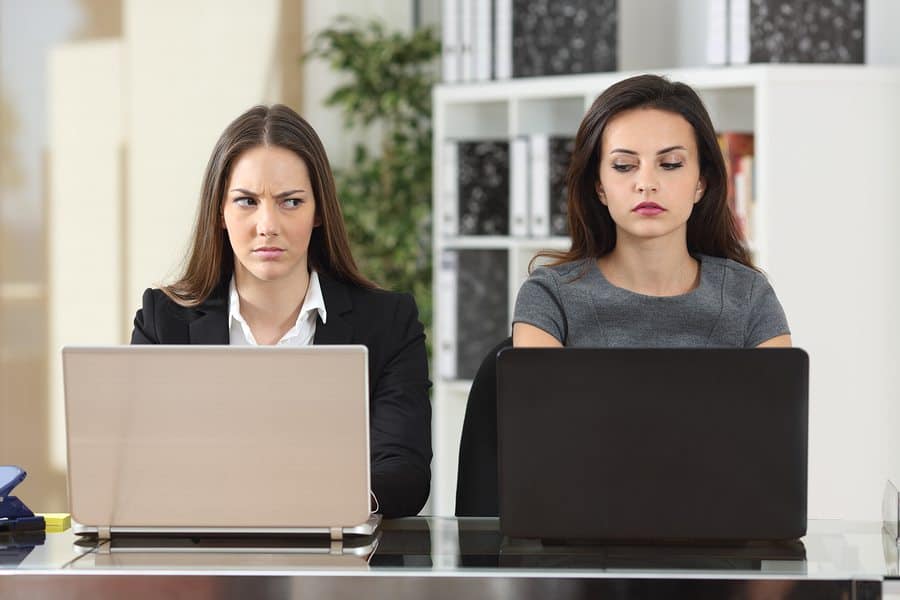 Republican or Democrat, team Edward or team Jacob, proprietary hardware or open source hardware? These are the questions we’ve all pondered at one point or another in our lives—am I right? Okay, maybe everyone hasn’t contemplated these exact lines of thought, but if you run a store or a restaurant, or are connected to the Point of Sale (POS) industry in any way, it is a good idea for you to understand the difference between proprietary and open source POS hardware.

If you’re at all like me (aka, not the most tech savvy person around) you might not have even known there is such a thing as proprietary hardware out there. So, to save you the trouble of wading through the wonderful world of Google searches, I’ll provide you with the definition. Proprietary hardware is essentially owned by the company which produces it. It is often patented or under trade-secret protection, and in most cases is limited in terms of use. What I mean by limited is that a proprietary system is usually only able to work with software and other hardware products created by its company/manufacturer. So, if you happen to have a bunch of hardware left over from your old POS system, don’t count on being able to use it in conjunction with your new proprietary system. Chances are, you won’t be able to. 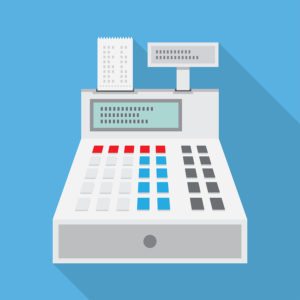 Now, in the world of POS, proprietary hardware is often considered more old-school. This is in part due to the advent of personal computers, and more recently, iPads and tablets. Until fairly recently, POS systems all used proprietary hardware. Picture, if you will, one of those ancient electronic cash registers that were all the rage in the 70s and 80s, and which some businesses still use even today. (If you’re younger than 30 you may have trouble picturing one. Do your best.) These older machines all ran (and still run) on proprietary hardware and have very limited functionality.

That being said, even though proprietary systems are generally considered outdated, technologically advanced and highly functional proprietary hardware is still being developed today.

While modern proprietary systems might cost a bit more than their open source counterparts, the fact that the hardware has been specifically designed to work with the vendor’s software makes for smooth functionality. It also may make troubleshooting specific glitches with the vendor a simpler process.

An example of a well known POS solution that uses proprietary hardware is First Data’s Clover Point of Sale systems: Clover Station (pictured), Clover Mini, and Clover Mobile. Paul Rasori, the VP of Product Managment at First Data, has this to say about the merits of proprietary systems:

So, now that we know what proprietary hardware is, we can discuss the alternative. Based off of its name alone, even the least technical of us should be able to discern what open source hardware means. If you guessed that it has something to do with hardware that is open for anyone to use, then ding, ding, ding! Winner, winner chicken dinner! Open source hardware (sometimes referred to as commercial hardware) is hardware that is available for general public use; anyone can modify, distribute, and use those items. 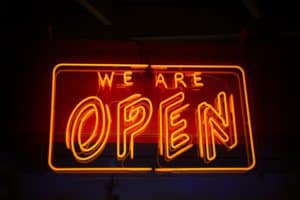 Say, for instance, you decide it’s time to upgrade your POS system. If you choose a system that allows for open source hardware, you may be able to use your own iPad, tablet, computer, or smartphone to run your POS system. Depending on the particular hardware requirements of your POS, you may even be able to use some of the other peripheral hardware you have left lying around (printers, cash drawers, etc.). Many POS companies sell hardware items individually and some offer bundle deals. These might be good options, don’t get me wrong, but if your POS works with open source hardware, you have the freedom to shop for hardware from multiple places, guaranteeing that you find the best deal.

Another perk to working with a company which offers open source hardware is that it allows the company to focus on software and the user experience instead of on creating and maintaining hardware. According to Wajih Rahman, a lead sales engineer at Revel:

“At Revel, […] we leverage relationships with industry leaders in the hardware space and integrate Revel’s POS with leading, open source hardware manufacturers. This allows us to concentrate on the experience of our end-users, allowing them to utilize high quality and cost effective solutions from our partners.”

There are many POS companies which offer open source hardware, including Revel, ShopKeep, Vend, Lavu, Toast, and talech.

Some companies offer POS customers the option to use either a proprietary or a commercial system. A few examples include NCR Silver, NCR Pro, eHopper, and iConnect. The great thing about this is that users don’t have to sacrifice the POS software they like simply because it doesn’t offer the type of hardware they prefer.

You now know the difference between proprietary and open source hardware and can show off your newfound knowledge the next time this topic comes up in conversation. And just in time! We all know how frequently people like to talk about Point of Sale and the hardware that comes with it!

If you still have questions and are looking for the right POS system for your business, let us know and we would be happy to help.

Thanks, Elizabeth. Very informative. When building your own hardware that can take payment, many integrators are relying on components they buy off-the-shelf from suppliers. We want to integrate an EMV credit card smart card reader to a POS tablet. However, we are getting conflicting information on whether the tablet’s “software-only” on-screen keyboard is sufficient for entering the PIN or a physical keypad needs to be integrated into the device. Do you know? (Tom DeSimone also touched on this topic in a February post about EMV chips, but I didn’t see a definitive answer in the comments and replies).

Try a Top Pick! Lightspeed POS is one of our most trusted partner brands. 🏆

Payment Depot is our #1 choice for credit card processing!